Pvt. David Goldin of Richmond, Virginia, recuperates at a U.S. Army hospital in Cham, Germany. Goldin was one of 63 American POWs who survived a death march from the Berga concentration camp. 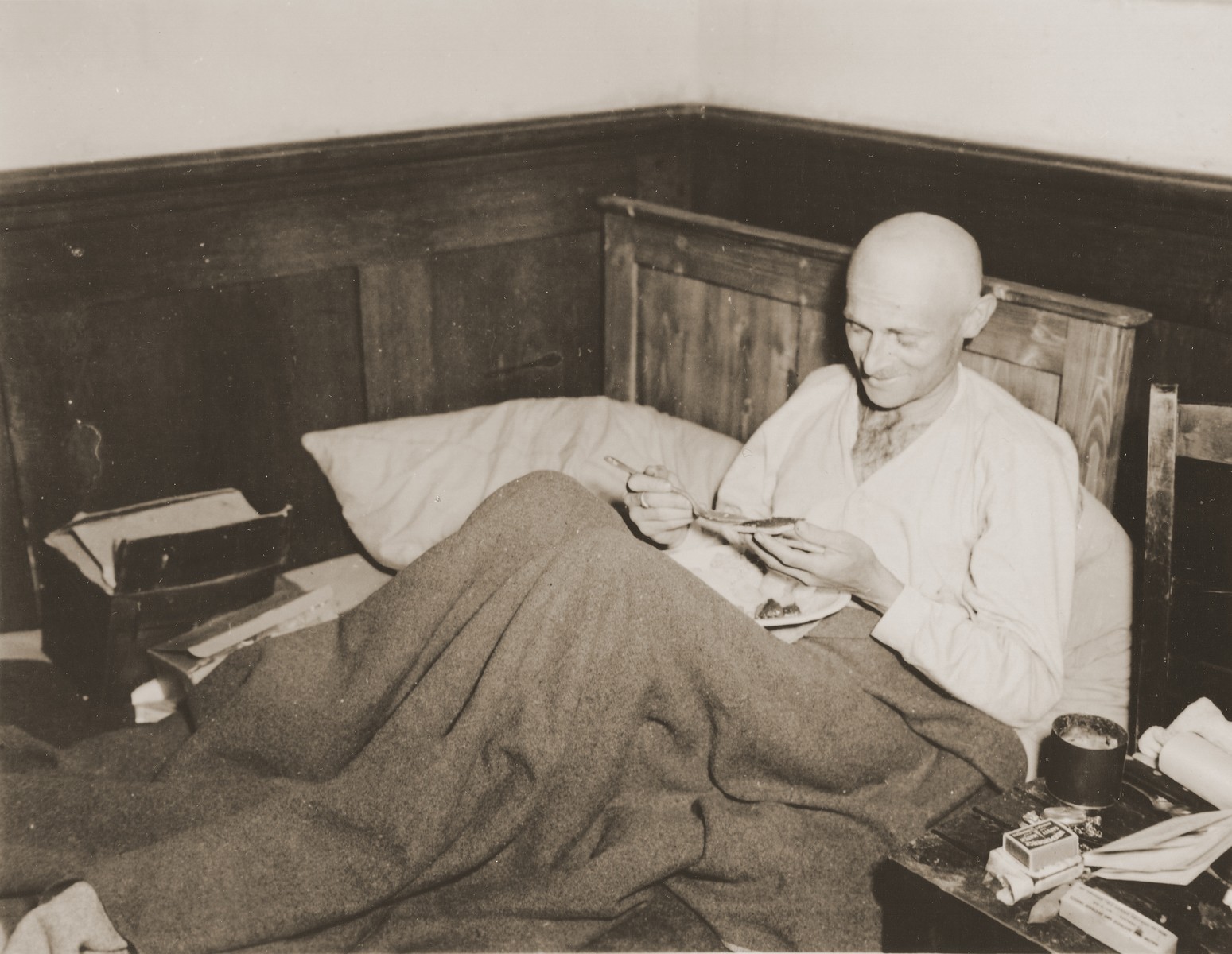 Pvt. David Goldin of Richmond, Virginia, recuperates at a U.S. Army hospital in Cham, Germany. Goldin was one of 63 American POWs who survived a death march from the Berga concentration camp.

Event History
Thousands of American soldiers captured in December 1944 during the Battle of the Bulge were taken to Stalag 9B POW camp in Bad Orb, Germany. The Jewish GIs were housed in separate barracks under SS guard for several weeks. On February 8, 1945, a group of 350 soldiers including the Jewish GIs, together with others identified as undesirable, were boarded onto boxcars without food or water and transferred to the Berga labor camp, a sub-camp of Buchenwald, where they arrived on February 13, 1945. There they were forced to work twelve hour days digging tunnels into the cliffs bordering the Elster River, where the Germans intended to build an underground synthetic fuel factory. The prisoners, who were fed only bread and soup, deprived of all sanitation facilities and beaten regularly, died at an enormous rate. When the order to evacuate the camp was given, the surviving American POWs were put on a death march, during which dozens more perished before their liberation on April 22, 1945 by units of the 11th Armored Division. A handful successfully managed to escape, but only approximately half of the original 350 survived.