Female prisoners evacuated from the Stutthof concentration camp eat their rations while on board a cargo ship in the Baltic Sea. 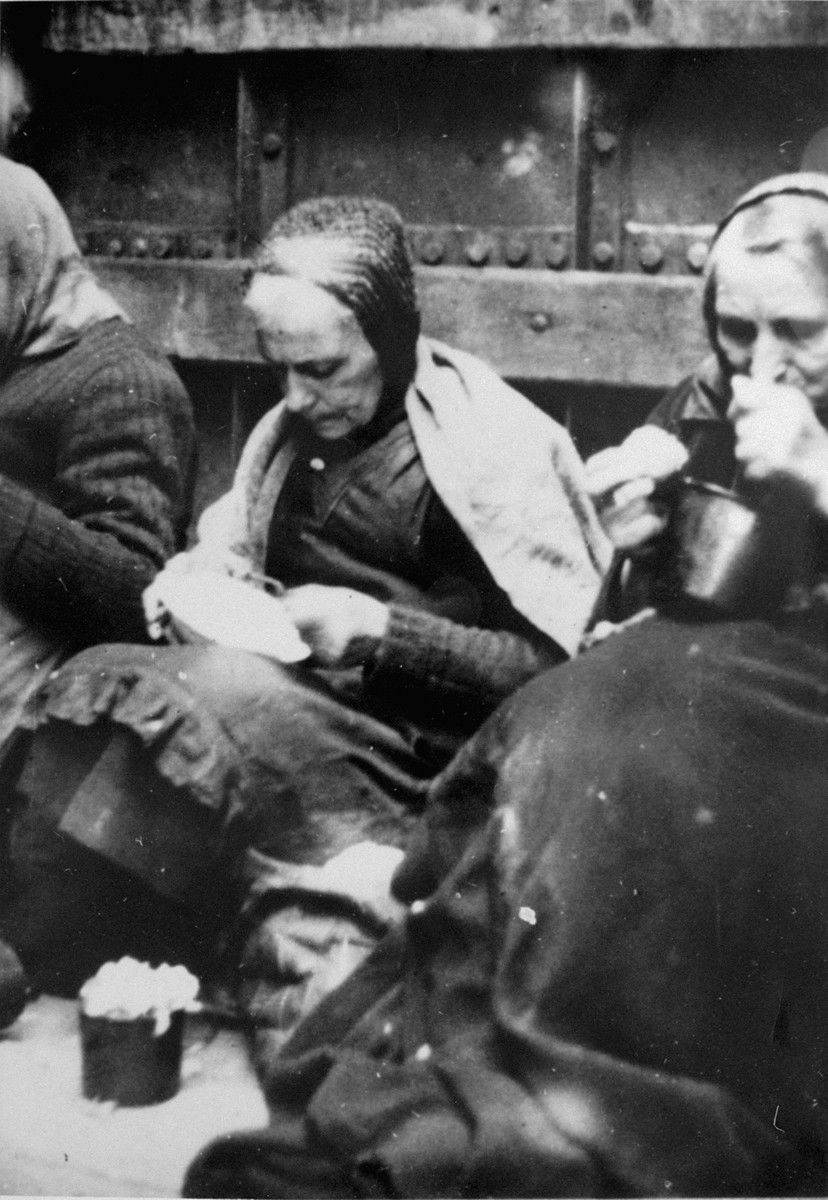 Female prisoners evacuated from the Stutthof concentration camp eat their rations while on board a cargo ship in the Baltic Sea.

Event History
Following the evacuation of 11,000 prisoners from Stutthof on 25-26 January 1945, some 4,000 to 4,500 prisoners remained behind. As the Soviets approached in April, however, orders were given by SS-Obersturmbannfuehrer P-W Hoppe for the evacuation of the roughly 3,300 prisoners who remained alive. These departed in two groups on 25 April, one on foot and the other by train, arriving separately in Mikoszewo, at the mouth of the Vistula River. There they waited until the morning of 28 April when transports took them to Hel at the tip of the Mierzeja Helska peninsula. Some of the prisoners, it is unsure exactly how many, were then loaded onto four barges (pulled by tugs) as part of a convoy of eight boats altogether, and the group departed for the west. High seas and Allied air attacks, however, separated the ships with the result that only two or three reached Neustadt in Holstein on 2 May. After making a sidetrip to Luebeck, the ships returned to Neustadt where the prisoners were ordered to disembark by SS and SD units in the area. Those lucky enough to survive were liberated by British forces on 4-5 May. Some 170 persons, however, were shot by the SS before the British arrived.