Jews carrying suitcases and baskets, are rounded-up for deportation from Zrenjanin, Serbia. 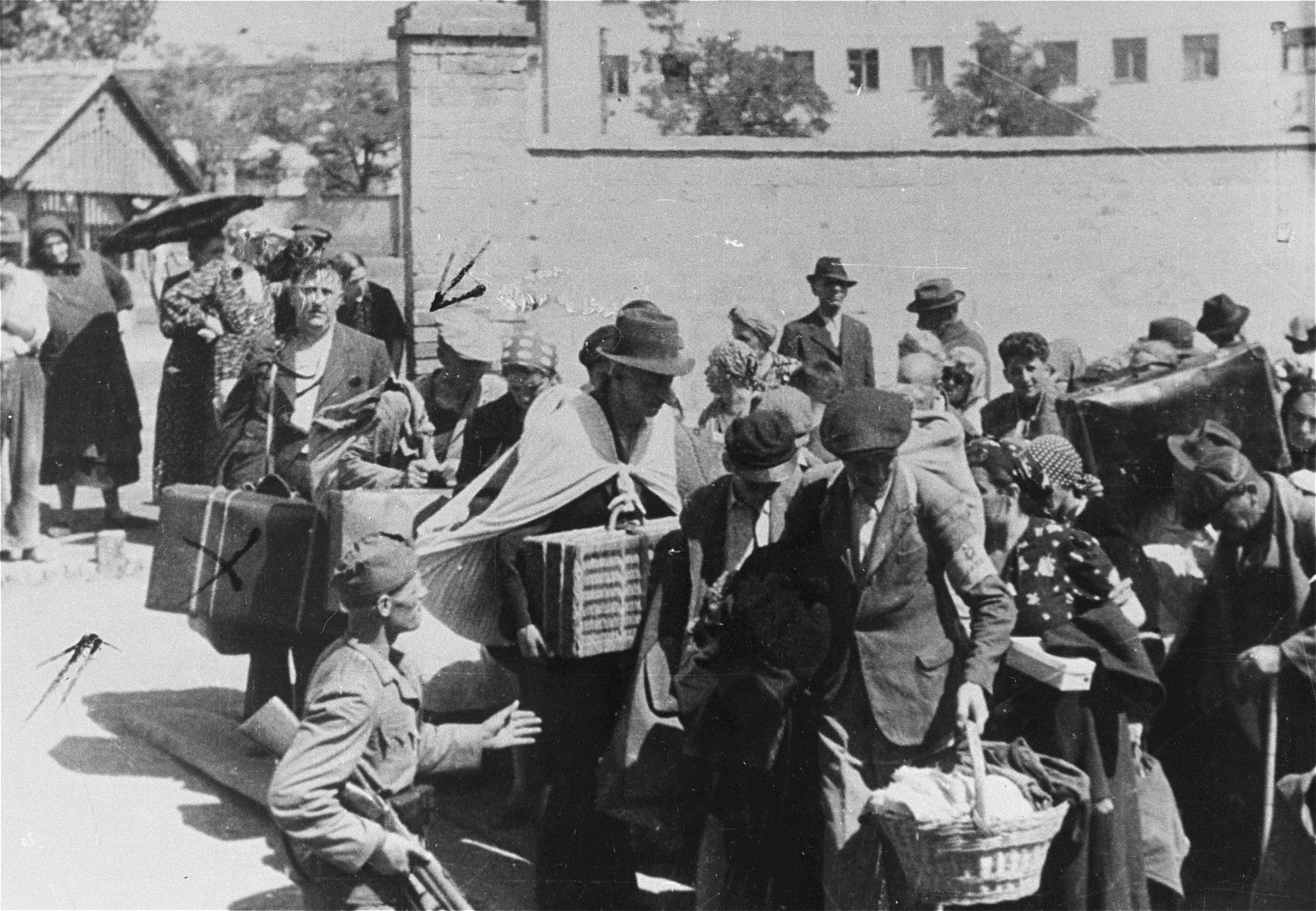 Jews carrying suitcases and baskets, are rounded-up for deportation from Zrenjanin, Serbia.

Event History
In August 1941 the Germans initiated the mass imprisonment of Jewish men throughout Serbia. Those from northern Serbia were sent to the Topovske Supe concentration camp in Belgrade. From there, they were removed in groups for execution. Beginning in December 1941, the Jewish women and children of Serbia were rounded-up and taken to the Sajmiste camp in Belgrade, where most were killed in mobile gas vans between March and May, 1942.