Group portrait of Jewish and non-Jewish children on a school outing in Oswiecim, Poland. 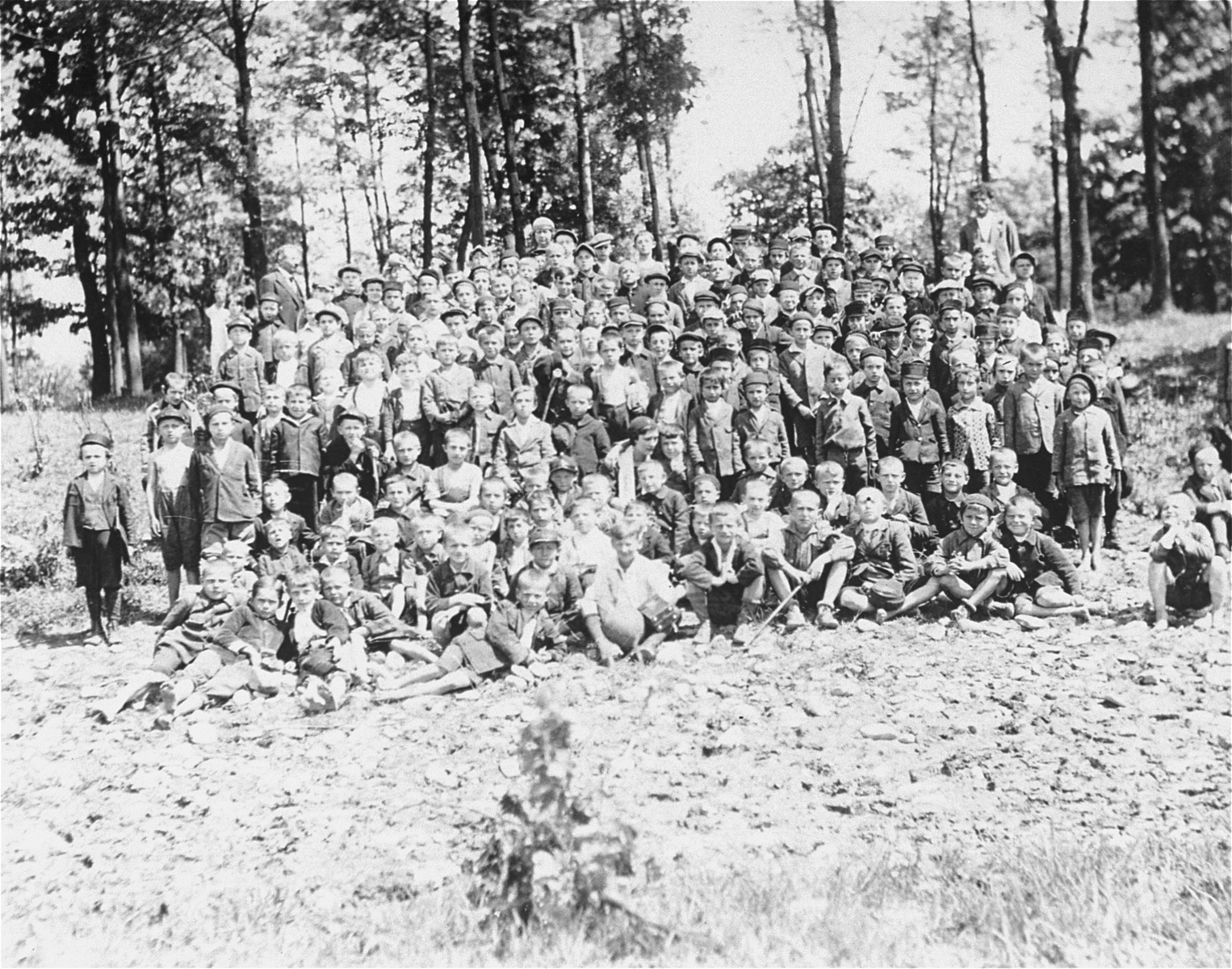 Group portrait of Jewish and non-Jewish children on a school outing in Oswiecim, Poland.

Biography
Jacob Hennenberg was born in 1924 in Oswiecim, Poland. After the German invasion of Poland in September 1939, he and his father fled eastward, but soon returned to Osweicim. In March 1941, following an order for Jews to leave town, Jacob and his father went to Chrzanow, where the Jewish community assigned them a room. On May 9, 1941, during a deportation action, soldiers came to their apartment to take Jacob's father. When Jacob pleaded to go in his stead, they agreed. Jacob was sent to the Bavarian village of Wiesau and imprisoned in the RAB Reichsautobahn lager (later the Zwangarbeitslager Wiesau), where the inmates were tasked to work on autobahn construction. He was sent to a number of other towns to work on sections of the highway before being sent to Klettendorf, where he remained until 1943. From Klettendorf Jacob was sent to camps in Freiberg and Waldenberg. He was finally liberated on May 9, 1945.