French civilians look at the bodies of fellow townspeople killed by Wehrmacht troopers in St. Pol-de-Leon. 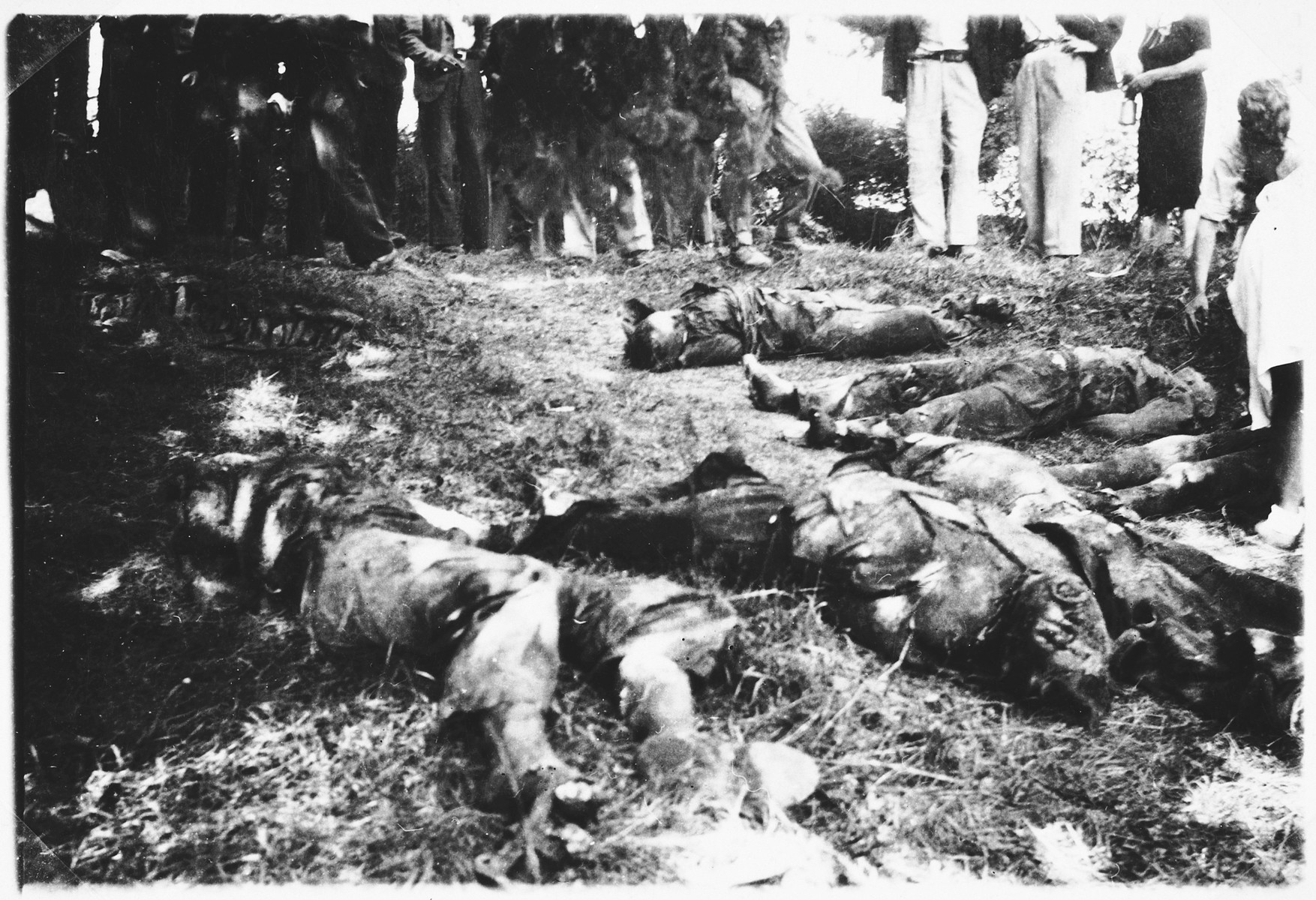 French civilians look at the bodies of fellow townspeople killed by Wehrmacht troopers in St. Pol-de-Leon.

Event History
On August 4, 1944, after the last Wehrmacht troops evacuated Saint Pol de Leon, several of the villagers accompanied the Maquis in pursuit. They successfully captured about 20 German soldiers and Russian collaborators, brought them back to the town, and locked them in the laundry room of the former police station. Later that day, the Maquis brought three carts full of arms stolen from the Wehrmacht troops to the village to be hidden. The following day, Wehrmacht troops returned to St. Pol de Leon to retrieve the soldiers taken prisoner and the arms that had been stolen. In retaliation for the acts of resistance, the troops gathered approximately 25 civilians, including one woman, from the streets. They immediately shot seven of the men, and brought the rest by truck to the Chateau de Kerdrel near Morlaix. Five days later, 15 of the bodies were discovered in shallow graves near the castle, all bearing apparent marks of torture. Although several of the German soldiers, identified as perpetrators by townspeople who witnessed the incident, were later captured and questioned, they denied any knowledge of killings in the village.