Dutch Jews wearing prison uniforms marked with a yellow star and the letter "N", for Netherlands, stand at attention during a roll call at the Buchenwald concentration camp. 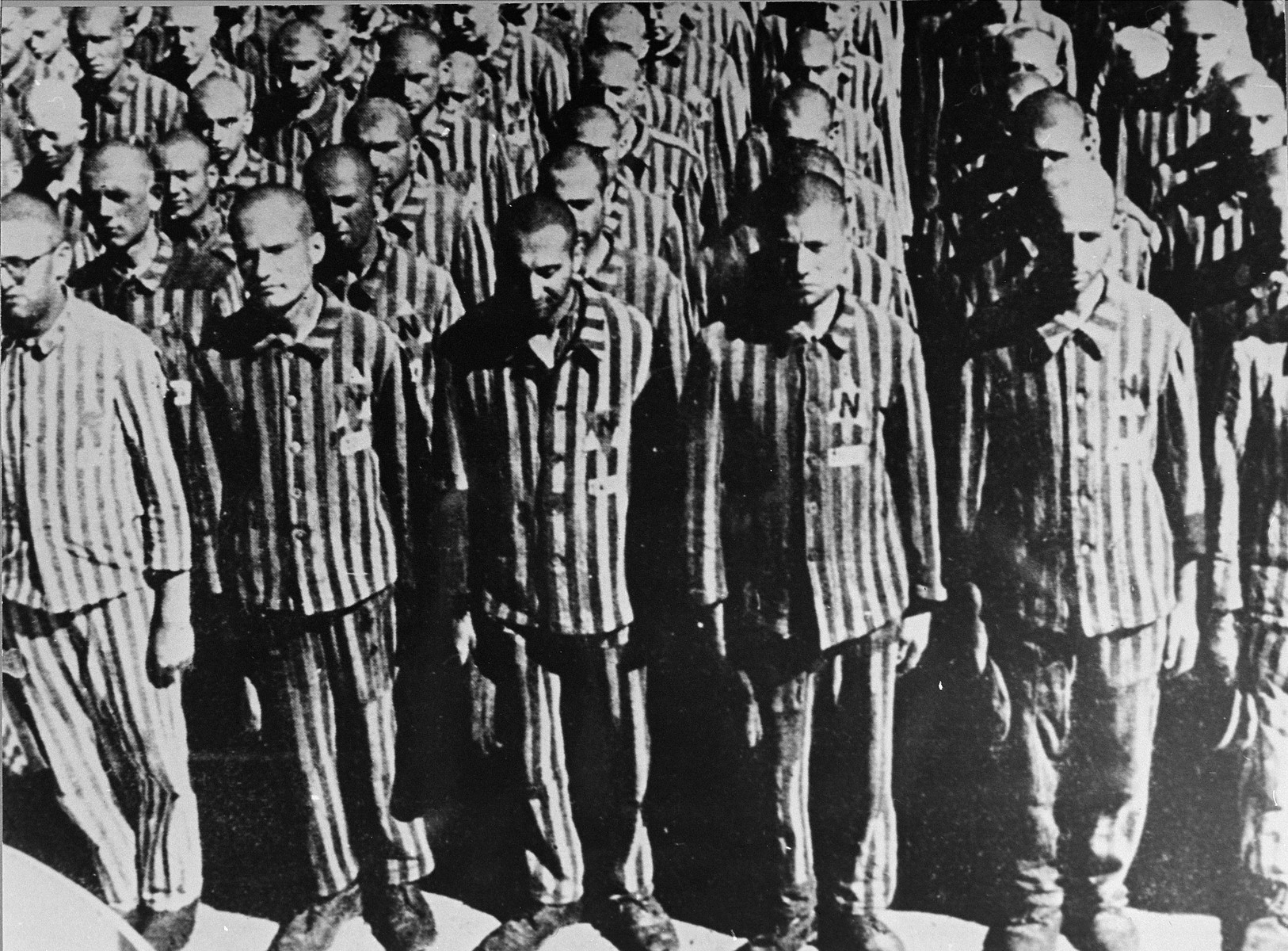 Dutch Jews wearing prison uniforms marked with a yellow star and the letter "N", for Netherlands, stand at attention during a roll call at the Buchenwald concentration camp.

Biography
On February 28, 1941, 389 Jewish prisoners from Amsterdam and Rotterdam, many of them working class longshoremen, arrived in Buchenwald. All were immediately sent to work in the quarry and on construction projects, which led many to soon fall ill from exhaustion, exposure, and poor diet. Regardless of the deaths, camp leaders still considered the liquidation of the Dutch Jews to be proceeding too slowly and ordered the camp doctor, Eisele, to close the infirmary to Dutch Jews, expelling the bedridden or killing them by lethal injection. Physicians among the transport were forced to perform clandestine medical procedures at night under primitive conditions. On May 22 the remaining 341Dutch Jews were transferred to Gusen.