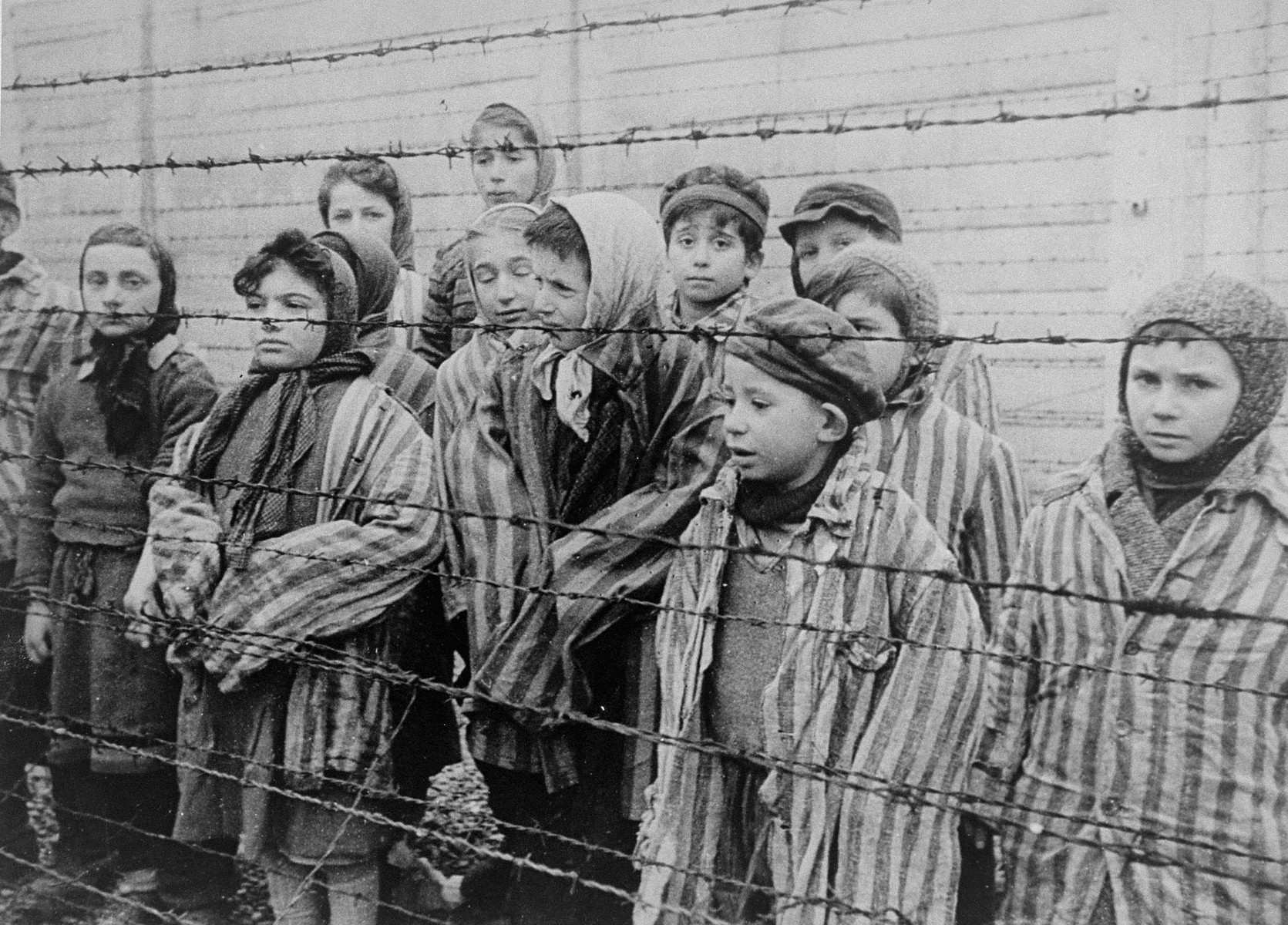 See https://www.ushmm.org/wlc/en/media_fi.php?ModuleId=0&MediaId=174.
See Also https://www.ushmm.org/wlc/en/article.php?ModuleId=10005189.
See Also "Auschwitz Main Camp" in Encyclopedia of Camps and Ghettos, Volume 1 Part A.
Biography
Eva Kor (born Etu Mozes) is the youngest child of Alexandru Mozes and Zseni (Jaffa) Mozes. She and her twin sister, Miriam (Matu), were born on January 31, 1934. The twins also had two older sisters, Edit (Rivku), born in January 1930 and Aliz (Hencsi), born in July 1932. The family lived in Port, a small farming village in Transylvania. They were the only Jews in the village. Alexandru was deeply religious and quite prosperous, owning many cows, sheep, and thousands of acres of fields.
In 1940, after Hungary assumed control of the previously Romanian region, antisemitism increased, and Jews could no longer travel freely. By 1942, Jews were forbidden to hire Aryan laborers, and Alexandru had to fire all his farm hands. In 1943 Jews were required to wear the yellow star. In October, Alexandru and Zseni, having decided the situation was becoming increasingly intolerable, woke up their daughters in the middle of night and told them to put on their warmest clothes. They decided to try to sneak over the border to Romania, but before they reached edge of their property, Hungarian Nazi youths stopped them and forced them to return. Soon after returning, Zseni became extremely ill with typhoid and spent most of the following months in bed. The following March, shortly after her recovery, Hungarian gendarmes came to the Mozes home and told the family to pack clothing and two weeks of food for their immediate relocation to a labor camp. In fact, they sent the family to the nearby town of Simleul Silvaniei where they were sealed in a ghetto with approximately 7000 other Jews. Alexandru was tortured in an attempt to force him to reveal where the family had hidden their valuables. After about a month, the family was deported by cattle car to Auschwitz in early May. Throughout this period, Eva and Miriam were dressed identically. Upon their arrival at the camp, guards spotted that they were twins and pulled them aside. Eva assumes that her mother, who was still weak from typhoid, was probably killed immediately. She does not know exactly what happened to her father and older sisters, but none survived the war. Besides Miriam and Eva, there were sixteen other sets of twins on the transport including the Csengeri sisters from Simleul Silvaniei. Their mother, Mrs. Csengeri, was selected to accompany the children to camp II b. The twins were tattooed, given short haircuts but allowed to keep their own clothes since there were no prison uniforms small enough for them to wear. However, a big red cross was painted on the backs of their dresses to prevent their escape. For the next six months, Eva and Miriam were subjected to medical experiments about three times a week, for six to eight hours at a time. Josef Mengele and other Nazi physicians took blood samples, measurement,s and photographs of their bodies, and injected them with various pathogens. As a result of these experiments, Eva became deathly ill and had to remain in the infirmary for three weeks. Though not expected to live, she recovered to find Miriam also near death. Eva managed to smuggle in some potatoes from the kitchen for Miriam and nurse her back to health.

When Auschwitz was evacuated in January 1945, many of the twins, including Eva and Miriam, remained behind. They were more or less on their own for the next few weeks, scavenging for food that had been left behind until Soviet troops liberated the camp in late January. About two weeks later, the Soviets brought the children to a convent in Katowice. Eva and Miriam felt uncomfortable in the convent and wanted to return home to Port to search for surviving relatives. Though they were free to roam around the city, they could only be released from the orphanage if an adult relative took them under her care. They discovered that Mrs. Csengeri was living in town in a DP camp with her twin daughters. Mrs. Csengeri agreed to tell the convent she was an aunt so that the Eva and Miriam could leave to live with her. Eva and Miriam stayed with Mrs. Csengeri from February until September 1945, first in Katowice and then in Cernauti. After additional time spent in Schultz, in the Soviet interior, Mrs. Csengeri and the four girls eventually arrived in Simleul Silvaniei. Eva and Miriam returned to Port to find their home looted and their farm overgrown, in the care of one surviving cousin. He told the girls that Iren, Alexandru's youngest sister, had survived and was looking for them. She had also been in Auschwitz and had lost her first husband and son. Eva and Miriam went to live with Iren and her new husband in Cluj and resume their education. They became involved with the local Communist youth movement but later got into trouble with the party. Iren decided that she did not want to live under a new dictatorship and pretended that her son had survived and was living in Israel in order to obtain exit visas. In 1950 the family immigrated to Israel, and Eva and Miriam settled in the youth aliyah village, Mosad Magdiel near Kfar Saba.