Female German civilians from Nammering are forced to view the corpses of prisoners exhumed from a mass grave near the town. 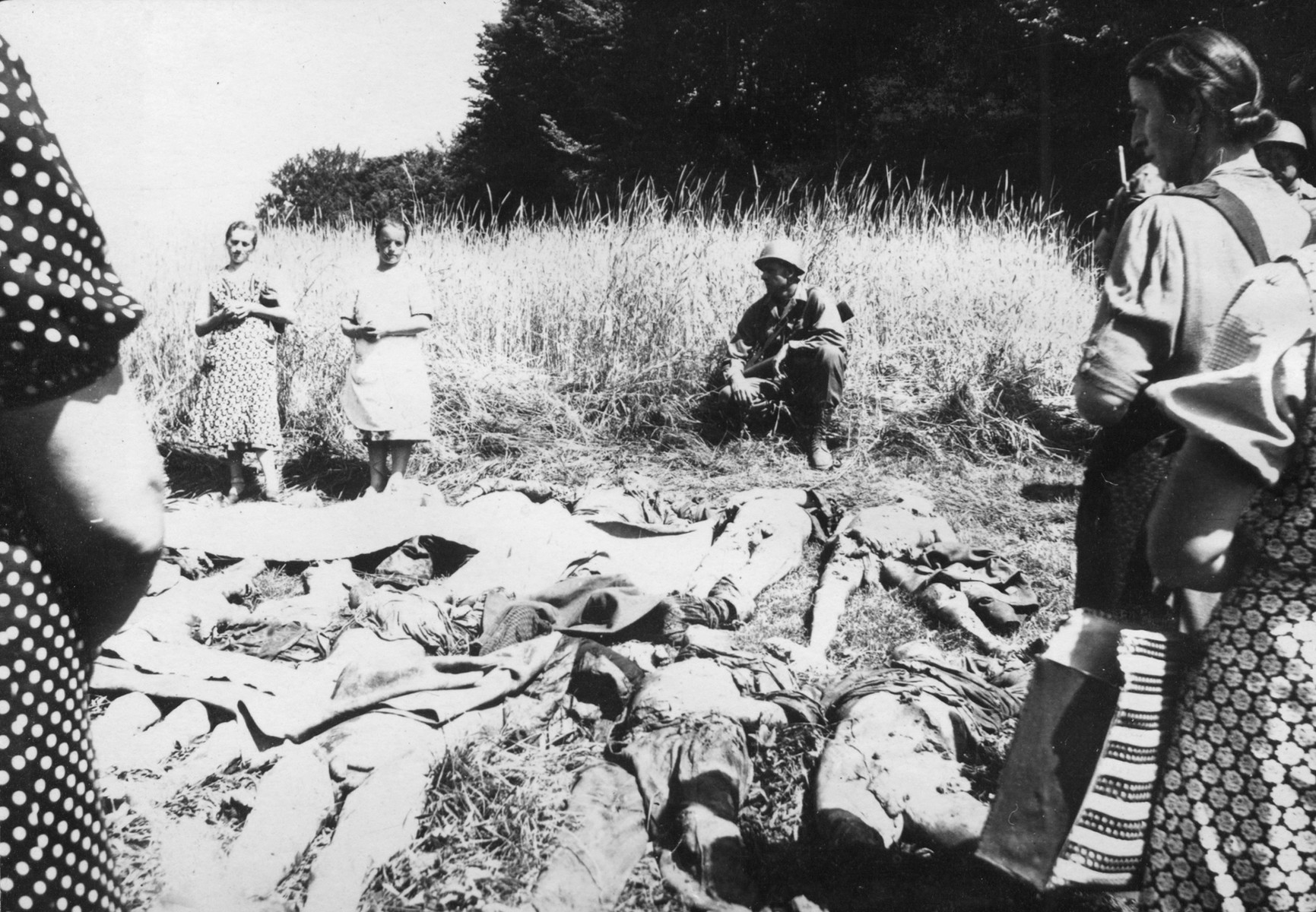 Female German civilians from Nammering are forced to view the corpses of prisoners exhumed from a mass grave near the town.

Photographer
Milton Ramoy
Date
Circa 1945 May 06