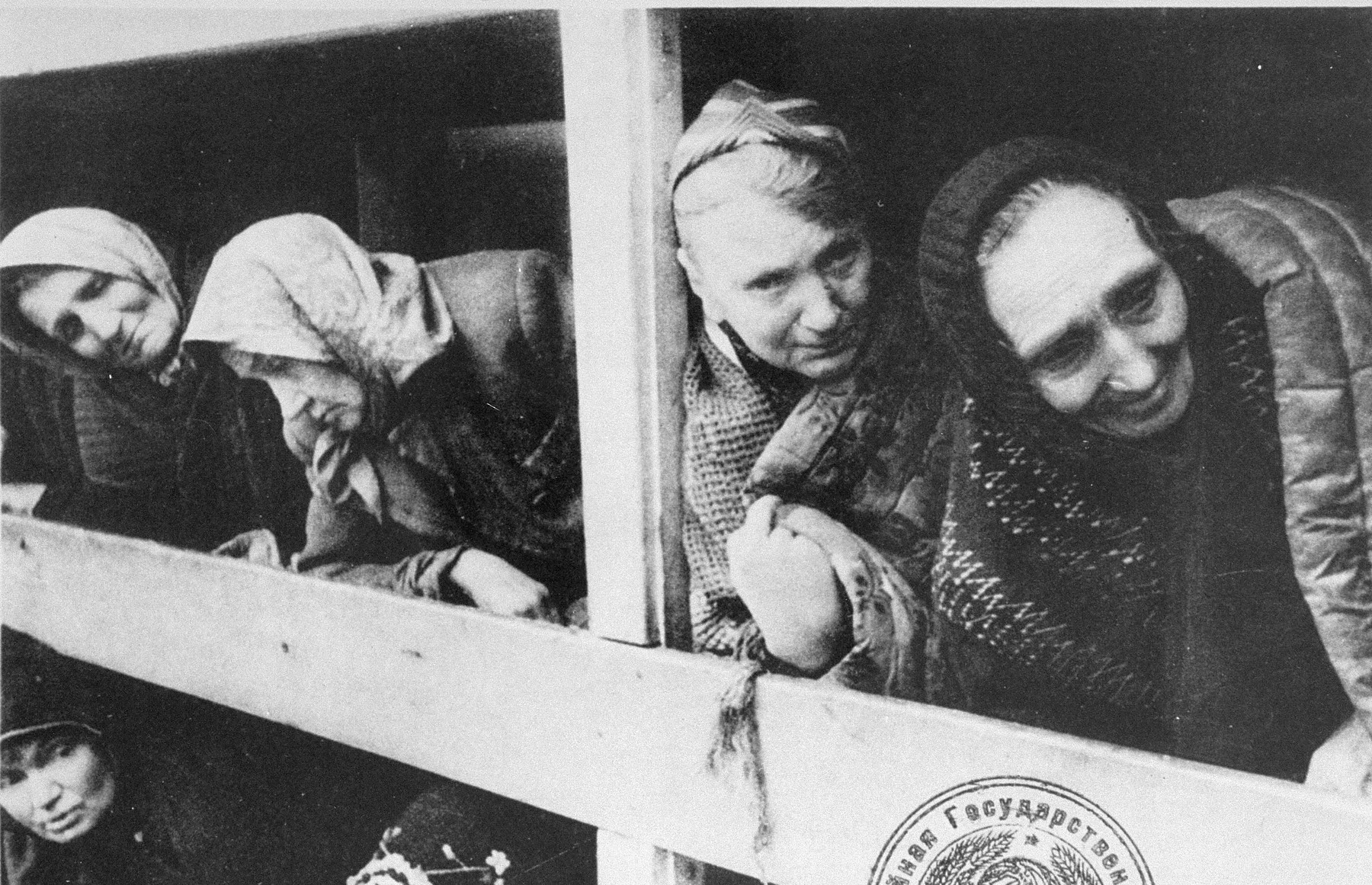 STILL PHOTOGRAPH FROM THE SOVIET FILM of the liberation of Auschwitz, taken by the film unit of the First Ukrainian Front. One of the woman has been identified as Rivka Ruchle nee Krause.Wysoki.