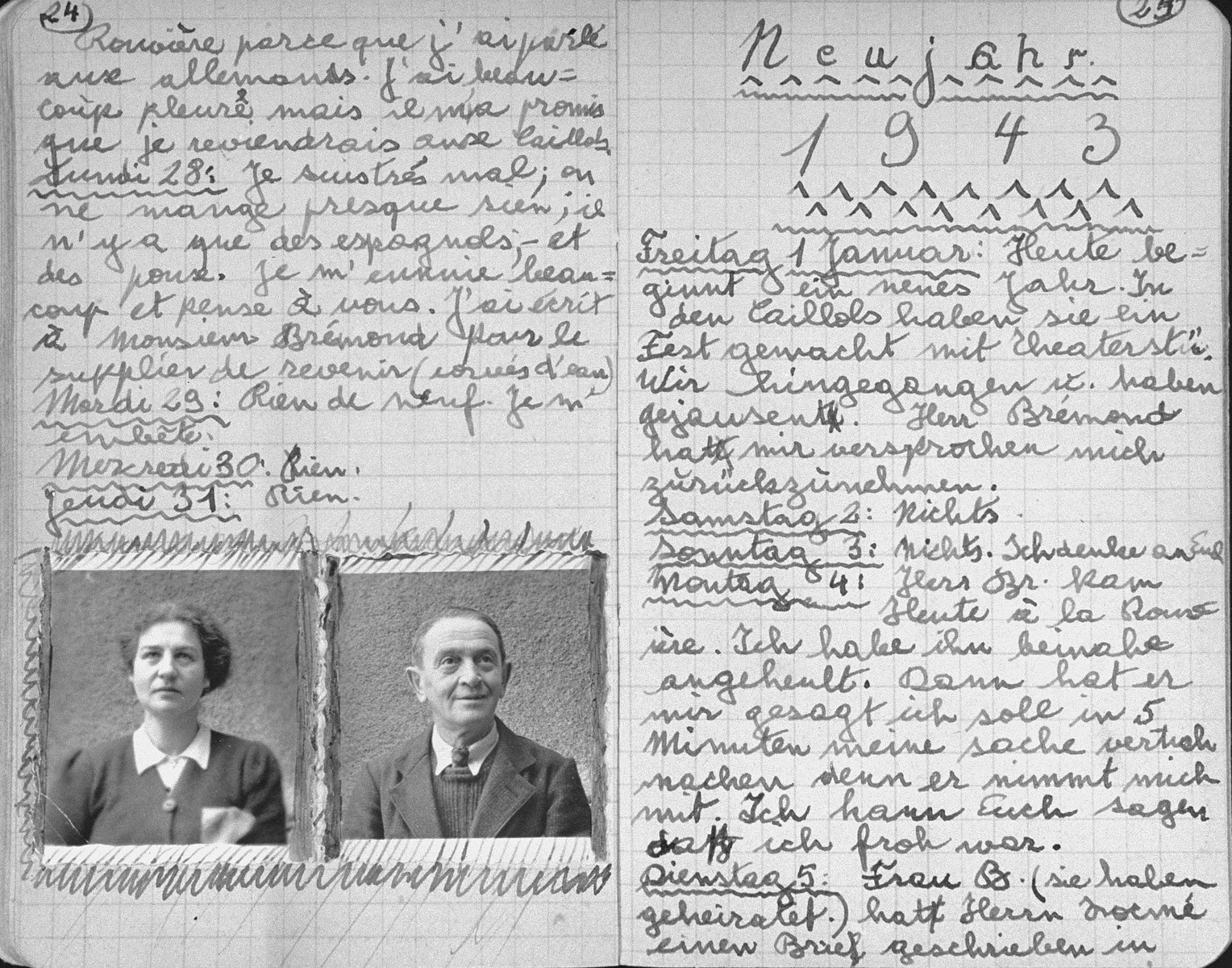 The page at the left includes pasted in photographs of the diarist's parents, Ernst and Agnes Feigl, who perished during the war. The page at the right is dated "New Year 1943."