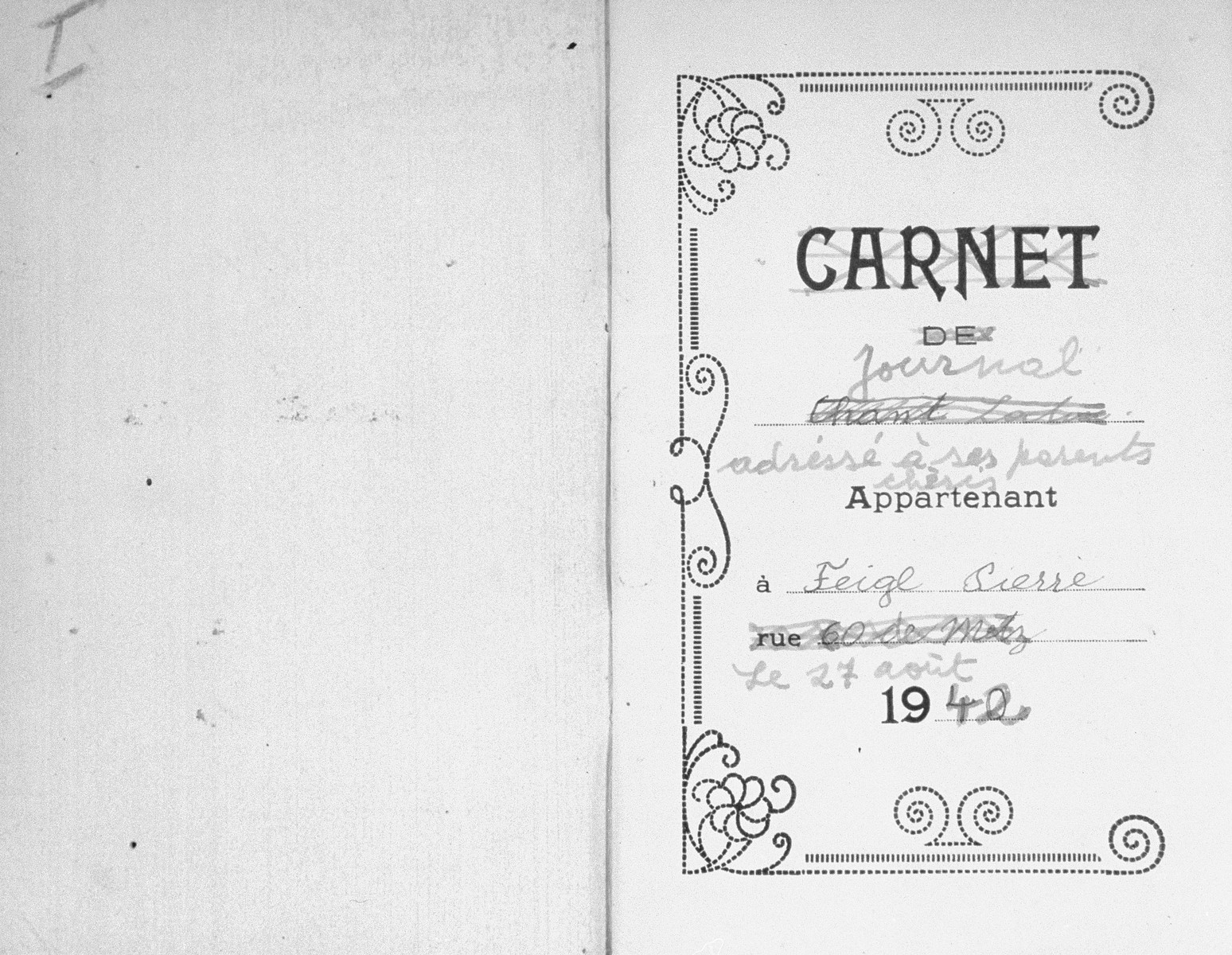 The journal is addressed to his parents and dated August 27, 1942.