Angela Gogolin holds a name card intended to help any of her surviving family members locate her at the Kloster Indersdorf DP camp. This photograph was published in newspapers to facilitate reuniting the family. 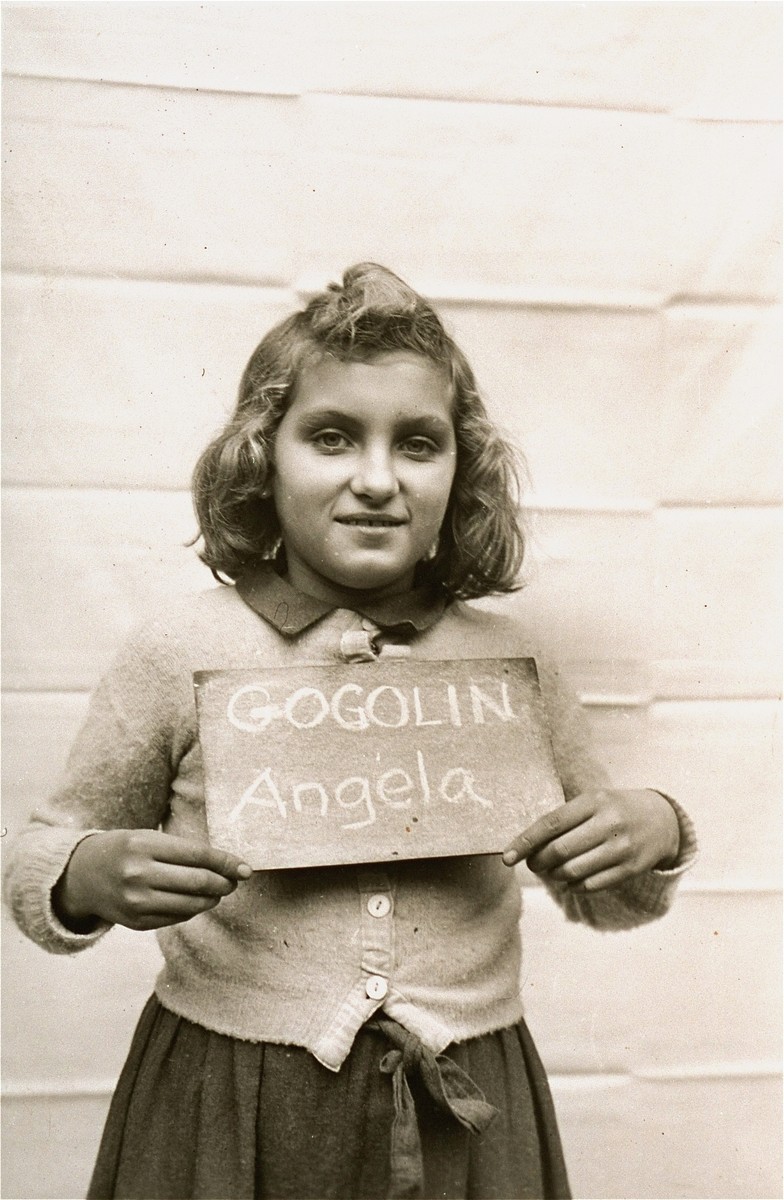 Angela Gogolin holds a name card intended to help any of her surviving family members locate her at the Kloster Indersdorf DP camp. This photograph was published in newspapers to facilitate reuniting the family.

[Sources: Fischer, Greta. Oral testimony, USHMM Archives
Koenigseder, Angelika/ Wetzel, Juliane. Lebensmut im Wartesaal, Fischer Verlag, 1995, p.256.; email by German researcher Anna Andlauer]
Biography
Angela Gogolin was born on June 24 in 1933 in Chorzow, to Edmund and Rosa (nee Grunert). She came to Germany with her teacher and other school girls from Upper Silesia escaping from the Russian army. She was sent to Switzerland in December 1945.