Walter Hahn holds a name card intended to help any of his surviving family members locate him at the Kloster Indersdorf DP camp. This photograph was published in newspapers to facilitate reuniting the family. 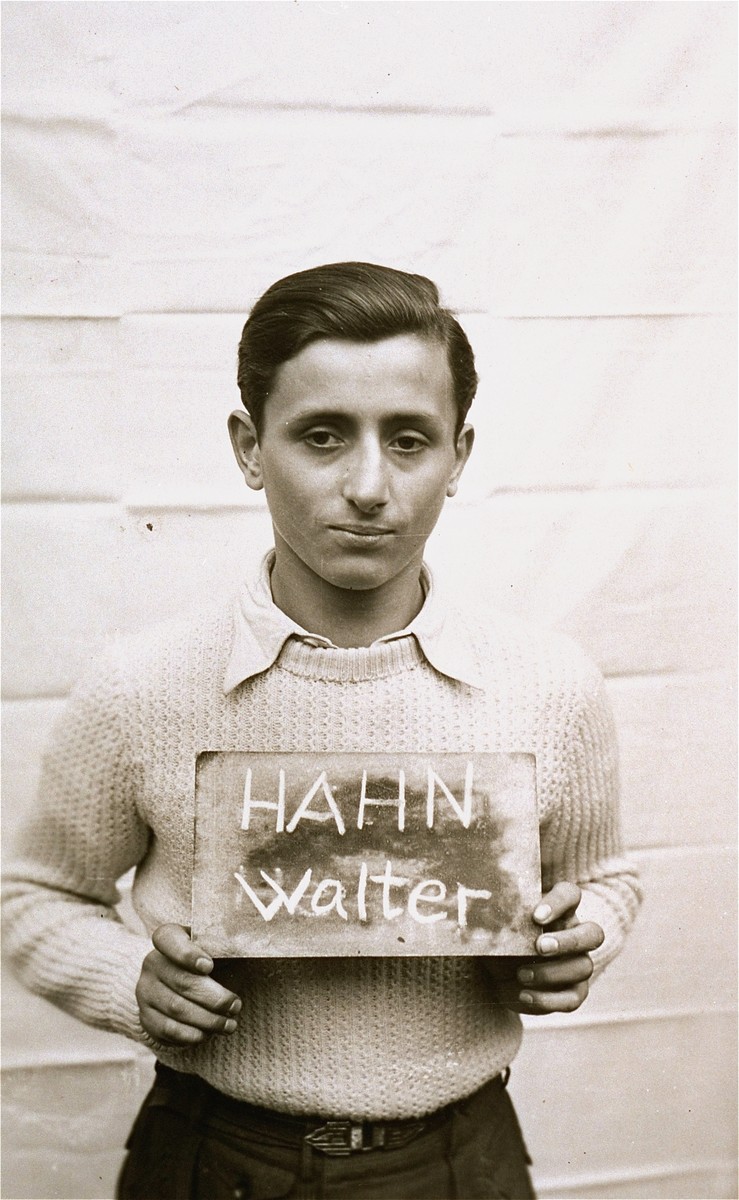 Walter Hahn holds a name card intended to help any of his surviving family members locate him at the Kloster Indersdorf DP camp. This photograph was published in newspapers to facilitate reuniting the family.

[Sources: Fischer, Greta. Oral testimony, USHMM Archives
Koenigseder, Angelika/ Wetzel, Juliane. Lebensmut im Wartesaal, Fischer Verlag, 1995, p.256.; email by German researcher Anna Andlauer]
Biography
Walter Hahn was born April 1, 1929 in Vienna. His father's name was Leopold, his mother's Mathilde (nee Zimmel). On February 25, 1943, at the age of 13, Walter was deported from Vienna to the Theresienstadt concentration camp. He was deported along with his younger brother, Herbert. Walter and Herbert were liberated from Theresienstadt and given a choice of where to emigrate. They chose to emigrate to the United States and were sent to the displaced children’s home in Kloster Indersdorf to await emigration. Walter immigrated to the United States on May 11, 1946.

Walter Hahn left Europe from Bremen, Germany, for Philadelphia, Pennsylvania, on May 9, 1946. The Jewish community in Philadelphia housed him with a local family. He graduated from high school and met and married his wife, Eva, in Philadelphia.

Walter Hahn worked as a Woolworth’s store manager for 31 years. During his career, the Hahns moved to Seattle, Washington, and eventually settled in San Francisco, California. The Hahns have two sons and one grandchild.