Passengers aboard the MS St. Louis. 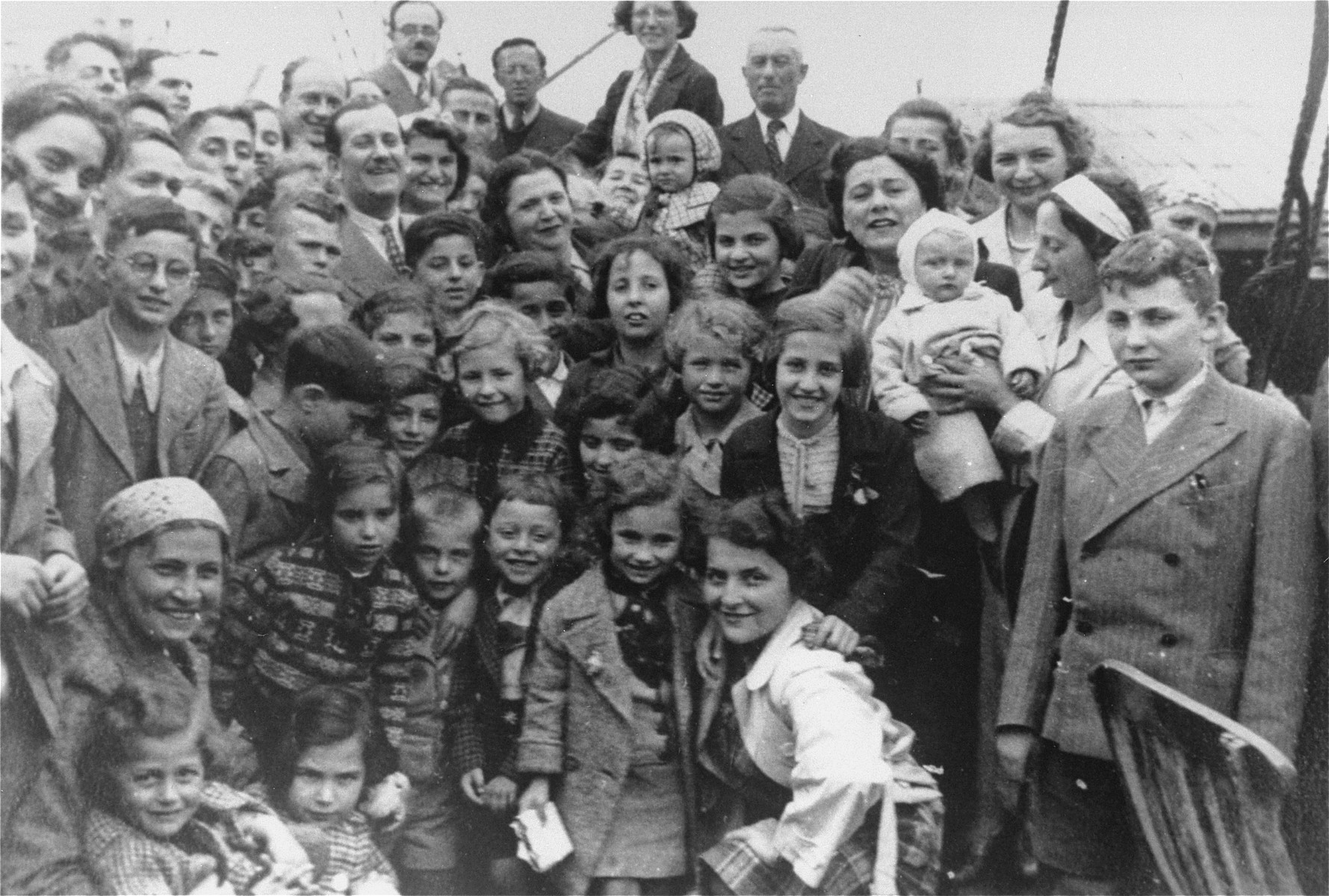 Passengers aboard the MS St. Louis.

Event History
The St. Louis was a German luxury liner carrying more than 930 Jewish refugees from Nazi Germany to Cuba in May 1939. When the ship set sail from Hamburg on May 13, 1939, all of its refugee passengers bore legitimate landing certificates for Cuba. However, during the two-week period that the ship was en route to Havana, the landing certificates granted by the Cuban director general of immigration in lieu of regular visas, were invalidated by the pro-fascist Cuban government. When the St. Louis reached Havana on May 27 all but 28 of the Jewish refugees were denied entry. The American Jewish Joint Distribution Committee (JDC) dispatched Lawrence Berenson to Cuba to negotiate with local officials but Cuban president Federico Laredo Bru insisted that the ship leave Havana harbor. The refugees were likewise refused entry into the United States. Thus on June 6 the ship was forced to return to Europe. While en route to Antwerp several European countries were cajoled into taking in the refugees (287 to Great Britain; 214 to Belgium; 224 to France; 181 to the Netherlands). Only those who were accepted by Great Britain found relative safety. The others were soon to be subject once again to Nazi rule with the German invasion of western Europe in the spring of 1940. A fortunate few succeeded in emigrating before this became impossible. In the end, many of the St. Louis passengers who found temporary refuge in Belgium, France and the Netherlands died at the hands of the Nazis, but the majority survived the war.
Biography
Liane Reif-Lehrer (born Liane Reif) is the daughter of Gerson and Chaje Leja Reif. Her father was born in Poland and came to Vienna to study medicine and dentistry. Dr. Reif married and established a successful dentistry practice in Vienna. Liane Reif was born there in 1934, and her older brother Friedrich (later Frederick) was in born in 1927. In March 1938 Germany annexed Austria. Immediately after the Anschluss the family experienced growing persecution, and the family decided to emigrate. They hoped to come to the United States to join Gerson's sister who had emigrated some time earlier from Poland. Friedrich was expelled from his school and forced to attend a special Jewish school, and in August 1938 Dr. Reif was forced to close his practice. On September 30, Liane's parents obtained their passports, but that same day, Dr. Reif left the house never to return. His body was found at the bottom of a four-story stairwell, and his death was never properly explained. A month and a half later, on Kristallnacht, several people including their building superintendent entered their apartment and confiscated many of their belongings including their passports. Following Kristallnacht, Mrs. Reif intensified her efforts to emigrate. She obtained a permit to go to Cuba and in May, 1939 sailed to Havana together with her children aboard the St. Louis. After Cuba refused to let the passengers land, the ship was forced to return to Europe. Liane and her family disembarked in France and took a train to Paris. From there they were sent together went with a small group of other passengers Loudon where they were given a small hotel room without bathing facilities. However, Freidrich was attended school and rose to the top of his class. In May 1940 the family again became uprooted following the German invasion of France. As Loudon was in northern occupied France, the Reifs fled to Poitiers in the unoccupied zone. Meanwhile, Gerson's sister Lena Klinghoffer continued to work to get them American visas. They were finally granted in the fall of 1941. The Klinghoffer family also purchased their tickets. After obtaining all the necessary visas in Marseilles, the Reifs traveled to Spain and from there to Portugal where they boarded the American steamship SS Exeter. They arrived in Newark on November 10, 1941, less than a month before Pearl Harbor and the American entry into the war.