A Jewish father crouches next to his young daughter in a stroller. 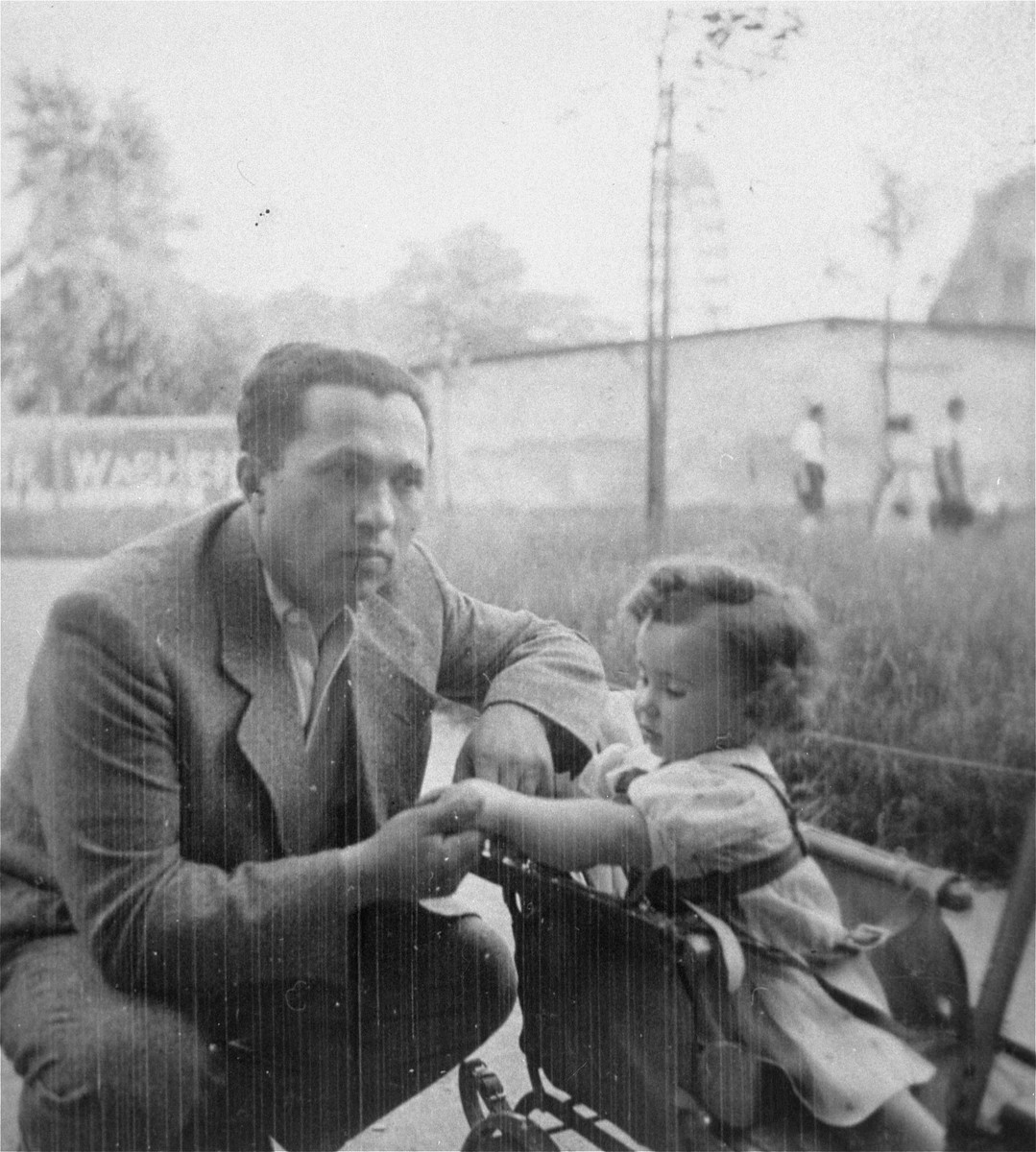 A Jewish father crouches next to his young daughter in a stroller.

Pictured are Dr. Gerson Reif with his two-year-old daughter, Liane.