A section of the Miedzyrzec Podlaski ghetto as seen through the barbed wire fence that surrounded it. 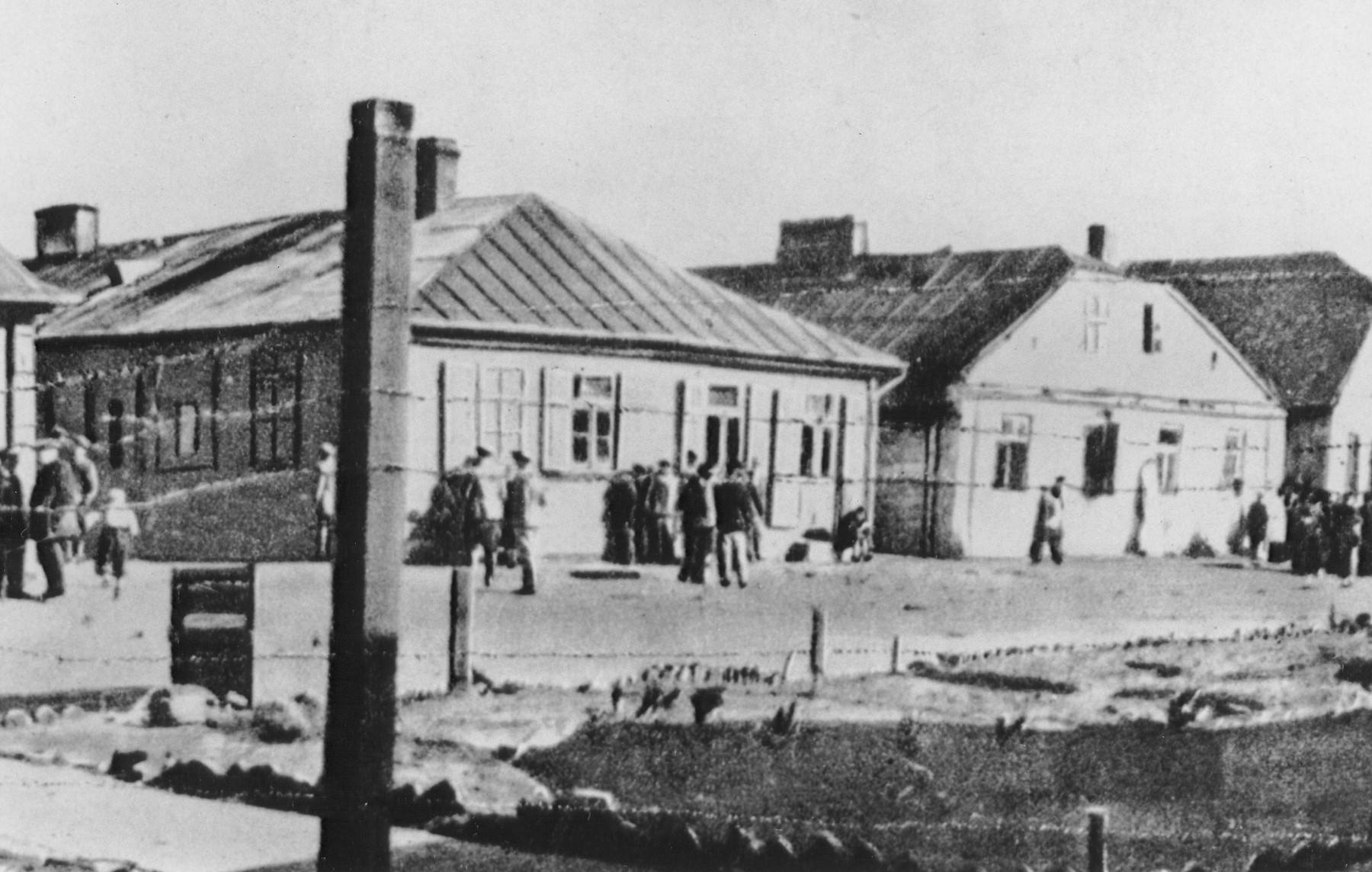 A section of the Miedzyrzec Podlaski ghetto as seen through the barbed wire fence that surrounded it.

Event History
Prior to the outbreak of the war, nearly 12,000 Jews lived in Miedzyrzec Podlaski. This number quickly rose, however, as German resettlement policies forced Jews into towns in the Lublin district. This led, in December 1939, to the arrival of 2,300 Jews in the ghetto, followed in April 1940 by 1,600 more. German efforts to reduce the population of the ghetto began in earnest on August 25-26, 1942 with the initiation of the first deportation action by elements of Reserve Police Battalion 101. Aided by Ukrainian, Latvian, and Lithuanian volunteers, called Hiwis (Hilfswillige), and Security Police from Radzyn, the Reserve Policemen forcibly deported 11,000 Jews to Treblinka. The behavior of the perpetrators was very brutal, with around 960 persons shot in the street by the end of the action. The Jews were also routinely beaten and whipped as they were driven to the train station. Five similar actions were carried out over the course of the next year, culminating in the sixth deportation of 1,000 Jews to Majdanek on May 26, 1943. Miedzyrzec Podlaski was not declared "free of Jews," however, until Security Police shot the last 170 Jews on July 17, 1943.

"Miedzyrzec Podlaski" in Encyclopedia of Camps and Ghettos, Volume 2 Part A.