A young Jewish girl who is living in hiding poses outside in a field. 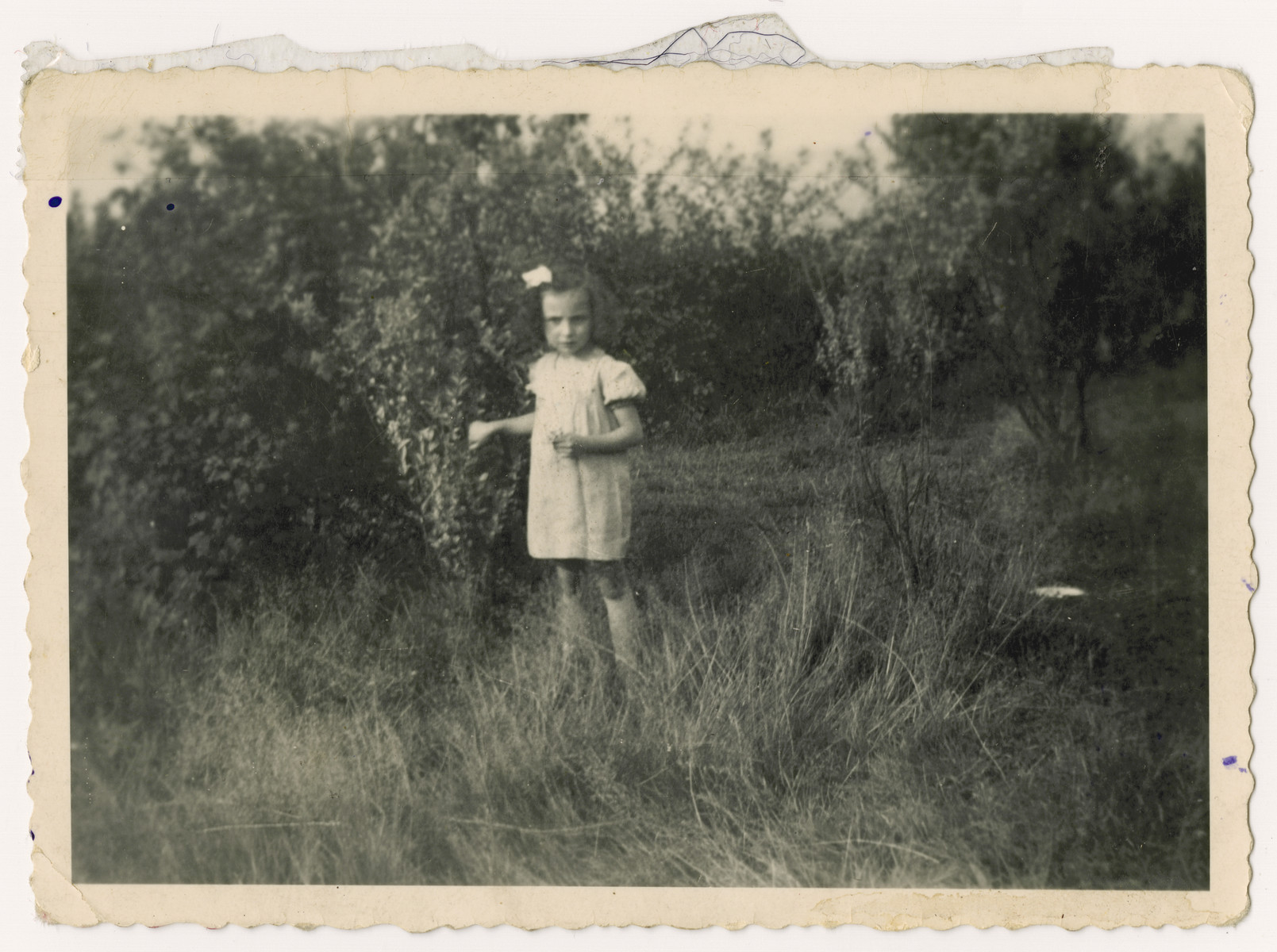 A young Jewish girl who is living in hiding poses outside in a field.

Pictured is Bettie Kipper, a cousin of Nestor Hochglaube.

Biography
Nestor Hobe (born Nestor Hochglaube) is the son of Simon and Frymetta (Feinmesser) Hochglaube, a Jewish couple from Warsaw who had moved to Belgium in the 1930s. He was born April 16, 1939, in Brussels and had two brothers, Jacques (b. 1937) and Leon (b. 1944). In 1940, in anticipation of the German invasion of Belgium, Frymetta placed Nestor and Jacques in a children's home in the Brussels' suburb of Uccles. During the occupation the boys were moved several times. After leaving the home in Uccles, they lived for a few months in the home of a German maid in the countryside. Then they rejoined their parents in a hiding place in the Brussels suburb of of Krainem. A few weeks later, following a round-up in a nearby neighborhood, the whole family moved into the attic of a Belgian named Guillaume Meulemans on Francois De Smedt Street in Brussels. When Meulemans expressed concern that the presence of the children might give them away, the boys were moved to a castle, known as the Red Castle, in nearby Linden; it held about 50 Jewish children at any one time and was organized by Madame Sorel. Finally, in August 1942, the boys were transferred to the Mes Enfants boarding school on Brugmann Avenue in Brussels, where their cousins Bettie and Bobbie Kipper were hiding. Payments to the school were handled by the Vanzeegenbroek family, who served as the Hochglaube's trusted messengers. Nestor and Jacques remained at the boarding school even after the liberation since it could provide better food and heating fuel for the children. However, after the British authorities issued a currency reform, Simon no longer had sufficient funds to keep his children at the boarding school. As a result, the director turned the children out of the home, and the boys returned to their parents. That same night a stray V-1 rocket hit the school, killing about half of the children, among them, Nestor's two cousins. Frymetta became pregnant during the last winter of the occupation. Refusing to undergo an abortion, her youngest son Leon was born in November 1944. He was possibly the first Jewish child to be circumcised in postwar Belgium.