View of Lodz ghetto residents climbing the staircase to cross one of the pedestrian bridges. The Yiddish inscription on the back of the photo reads, "The ghetto through the bridge on Marynarska Street via Aleksandrov Street - Fayfer's Alley." 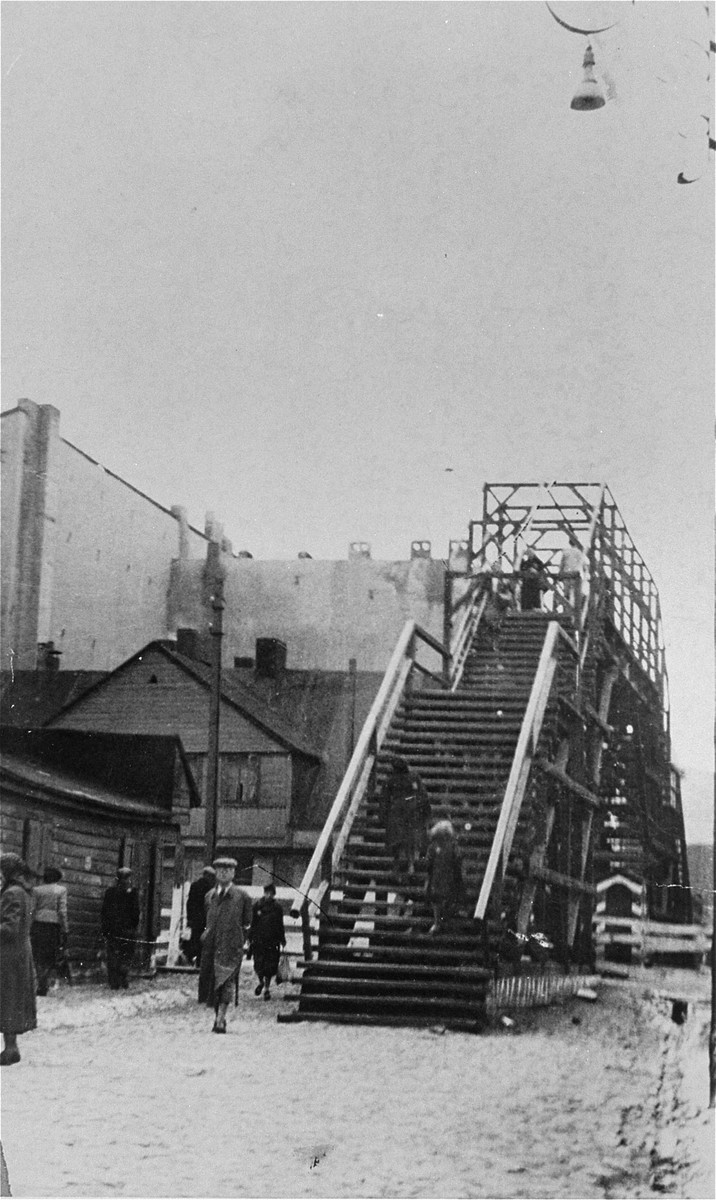 View of Lodz ghetto residents climbing the staircase to cross one of the pedestrian bridges. The Yiddish inscription on the back of the photo reads, "The ghetto through the bridge on Marynarska Street via Aleksandrov Street - Fayfer's Alley."

Event History
The Lodz ghetto was divided into three sectors by two major throughfares which passed through, but did not belong to the Jewish district. Wooden and barbed wire fences prevented access to these main streets by ghetto residents. But Jews were allowed to traverse the streets by means of three wooden pedestrian bridges, accessed by steep staircases.