Portrait of Malvina Csizmadia, who was recognized by Yad Vashem as one of the Righteous Among the Nations. 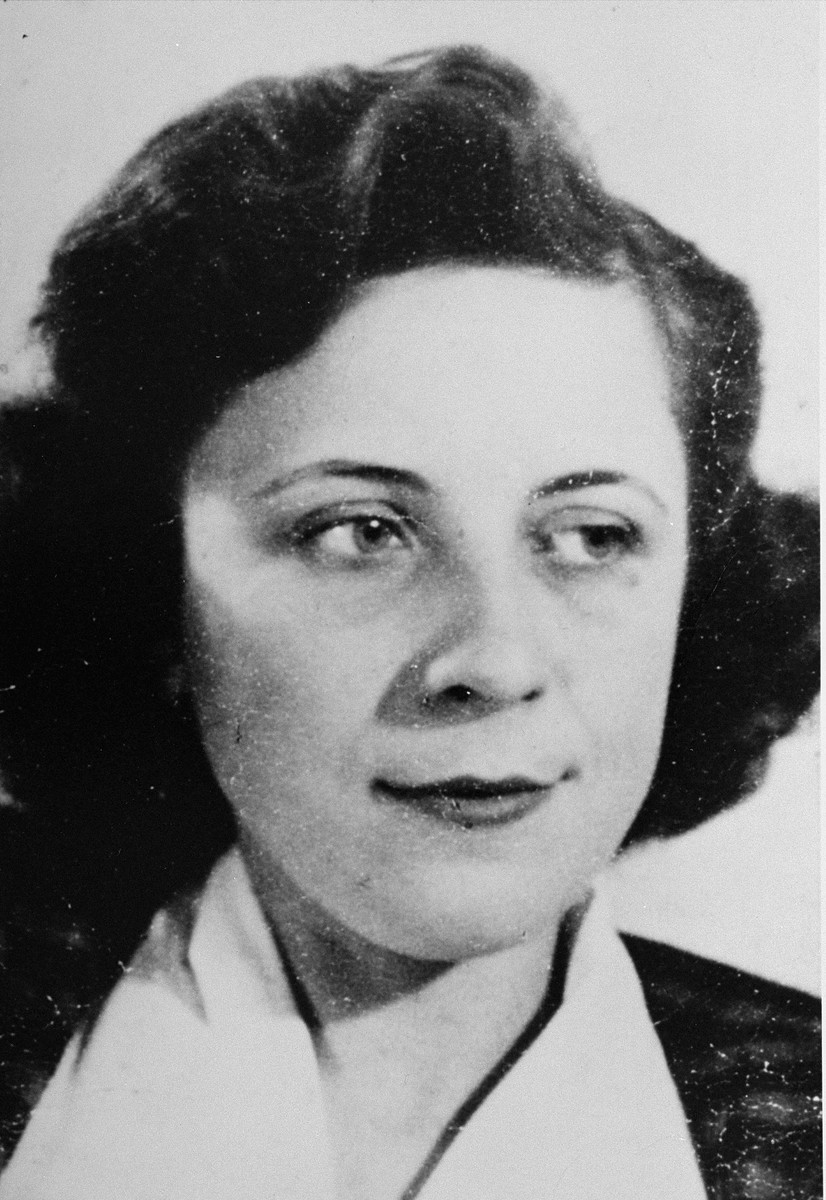 Portrait of Malvina Csizmadia, who was recognized by Yad Vashem as one of the Righteous Among the Nations.

Biography
Malvina Csizmadia (b. 1927), a Slovak Calvinist, who together with her mother, Maria, and sisters Olga and Irena, rescued more than twenty-five Jewish men from a labor camp next to their home in Satoraljaujhelyen, in Hungarian-occupied Slovakia. In May 1944 the school next door to their home was converted into a temporary work camp for Jewish conscripts in Battalion 107/11 of the Hungarian Labor Service, who had just been transferred from building fortifications in the Ukraine. Curious to know who the people were living on the other side of the barbed wire fence, Malvina climbed a tree in her garden and began conversing with one of the men. She asked what she could do to help and soon was delivering letters and food parcels from the prisoners' relatives in Budapest. Later Malvina and her sisters dug a hole under the fence so that the men could come to their home and listen to the radio. On occasion relatives of the prisoners came and stayed in their home. As the summer progressed and the Soviet army advanced toward Hungary, the Csizmadias became fearful that the Hungarian commanders would turn over the men of the Jewish labor battalion to the Germans. They therefore made arrangements to hide as many of the men as they could. On October 10, 1944 when the order came for the labor battalion to be marched to the Austrian border, the Csizmadia women activated their plan and successfully moved twenty-five men to hiding places in several villages. For the next five weeks the women went back and forth among the men bringing them food and moving them from one temporary refuge to another until the Russians liberated the area. When the war was over the twenty-five men came back to the Csizmadia home, where they were taken care of until they could make arrangements for themselves. Two of them were soon wed to Malvina's sisters. Irena married Szarany; and Olga married Karol Fisher, whom she had nursed back to health after he had contracted pneumonia while in hiding. By 1955 all of the Csizmadia women had immigrated to Israel, though only Olga actually converted to Judaism. In 1950 Malvina married a Moroccan Jew, but their marriage ended in divorce in 1964. On March 19, 1987, Yad Vashem recognized Olga Fischer (née Csizmadia) as Righteous Among the Nations. On September 14, 1995, Yad Vashem recognized Mária Csizmadia and Irén Surányi (née Csizmadia), as Righteous Among the Nations.