Arnold Douwes (right) with Isador Davids and Lou Gans, two Jewish youth he hid in the village of Nieuwlande, who became participants in the Resistance. 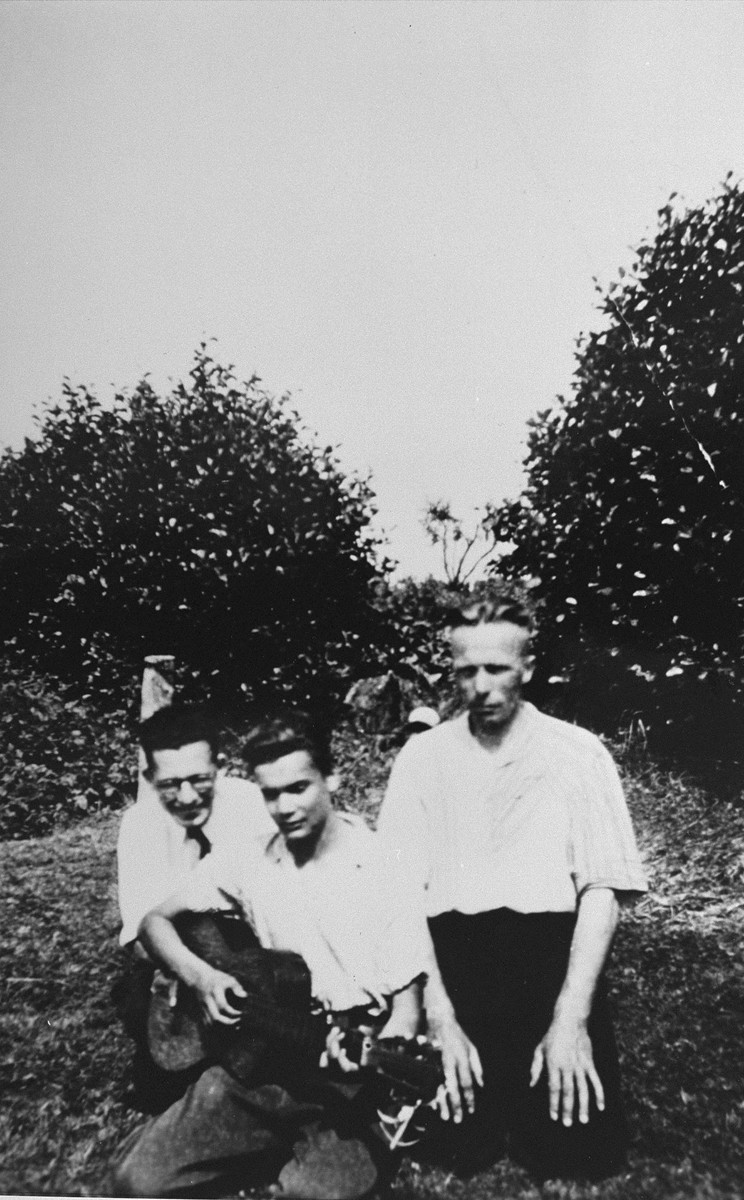 Arnold Douwes (right) with Isador Davids and Lou Gans, two Jewish youth he hid in the village of Nieuwlande, who became participants in the Resistance.

Davids and Gans produced anti-Nazi cards and pamphlets that ridiculed the Germans and rallied the inhabitants of Nieuwlande to the cause of resistance. These were sold to raise money for rescue efforts.

Biography
Arnold Douwes, a member of the Dutch resistance who, together with Johannes Post, operated a rescue network that brought Jews out of Amsterdam and found them shelter in the farming district of Nieuwlande during the German occupation of Holland. The son of a pastor in the Dutch Reformed church, Douwes was recruited for the underground by Johannes Post. He focused his efforts on saving Jewish children. He contacted Jewish families in Amsterdam and urged them to give him their children to take to safe places in the countryside. He personally met the children in Amsterdam or at the train station in Drente and escorted them to their new homes. Douwes systematically traversed the Nieuwlande district on his bicycle stopping at every household to urge them to take in a Jewish child. After finding them shelter Douwes found them ration cards, identity papers and financial support. Sometimes he also had to find them medical care. He also spent considerable time transferring the hidden Jews from one location to another as new dangers arose and household situations changed. When in 1943 it became unsafe for Johannes Post to remain in the area, Douwes took over the entire network. He, too, soon appeared on the Gestapo's most wanted list and altered his appearance to avoid detection. Despite such precautions, Douwes was discovered and arrested in January 1945. While he awaited execution at the prison in Assen, members of the underground staged a daring rescue operation and freed him. One of the Jews Douwes rescued was a Jewish woman named Judith who later became his wife. The couple immigrated to Israel and settled on a moshav where they raised three daughters. Douwes was recognized by Yad Vashem as one of the Righteous Among the Nations in 1965.