Photograph of Izabela Biezunska used on a false identification card that was issued in the name of Janina Truszczynska. Biezminska worked for the Council for Aid to Jews, known as Zegota. 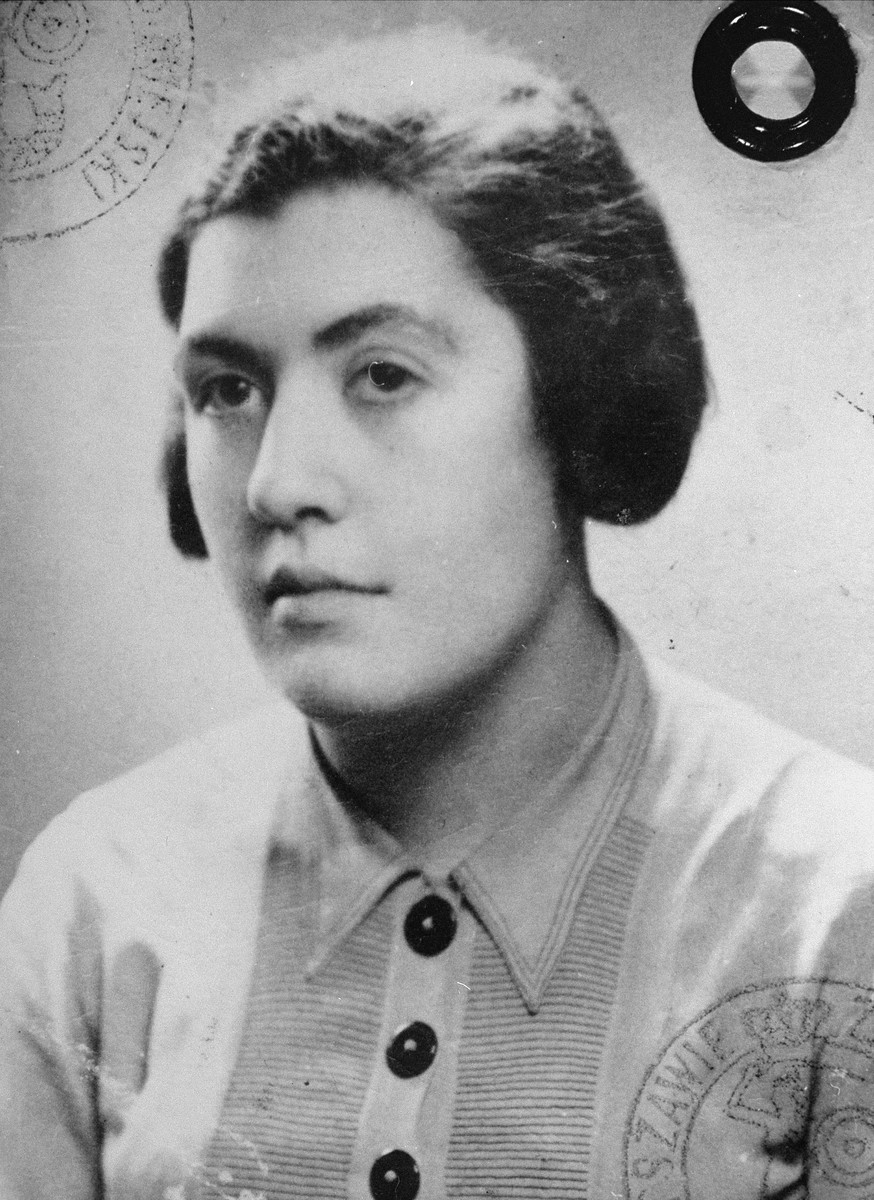 Photograph of Izabela Biezunska used on a false identification card that was issued in the name of Janina Truszczynska. Biezminska worked for the Council for Aid to Jews, known as Zegota.

Event History
Zegota was the code name of the Rada Pomocy Zydom (Council for Aid to Jews), an underground organization of Poles and Jews founded in December 1942 to coordinate efforts to save Jews in Nazi-occupied Poland. Zegota came into being through the efforts of Zofia Kossak-Szczucka, a conservative nationalist and Catholic publicist and Wanda Krahelska-Filipowicz, a socialist activist and editor of an art magazine. Both had close ties to the Polish underground, and both began helping Jews early in the occupation out of patriotic and humanitarian motives. They realized that isolated efforts such as theirs would have little impact if they were not coordinated with those of the Jewish and Polish underground, and if they were not supported by a reliable source of funding. To that end, Kossak-Szczucka convened a group of representatives of Jewish and Polish political organizations to constitute a Council for Aid to Jews. Its first slate of officers included Adolf Berman (Jewish National Committee); Leon Feiner (Jewish socialist Bund); Julian Grobelny (Polish Socialist Party); Tadeusz Rek (Polish Peasant Party); Ferdynand Arczynski (Polish Democratic Party); Wladyslaw Bartoszewski and Witold Bienkowski (Catholic Front). Grobelny served as chairman until his arrest in 1944. He was later replaced by Feiner in the last months of the war. Zegota was divided into several departments including legalization (documentation), housing, finance, child welfare, medical care, and propaganda. Eventually the Council expanded beyond its Warsaw base to include relief operations in Krakow, Lvov, Zamosc and Lublin. Over 90 percent of its funding came from the Polish Government-in-Exile in London. The money was brought in by Polish parachutists and distributed by the Delegatura (the Home Delegation of the Polish Government-in-Exile). The major services provided by Zegota included producing Aryan documentation for Jews in hiding; finding hiding places and constructing shelters for Jews who could not pass as Poles; placing Jewish children with foster families or in orphanages and convents; providing medical attention for Jews in hiding; transmitting money and correspondence to and from Jews in several labor camps; punishing informers; rescuing arrested Zegota activists; and conveying information about the situation of Polish Jewry to the outside world. Zegota carried on its operations until the Warsaw Uprising of August 1944. It later regrouped in Milanowek, a town near Warsaw, where it resumed its activities on a much smaller scale until the liberation in January 1945. Zegota members who remained in Poland after the war suffered under the new communist regime, which condemned them as fascists. In in the mid-1960s the organization was honored by Yad Vashem for its rescue work.