Semmy Woortman poses with Lientje, a nine month old Jewish girl she was hiding in her home. 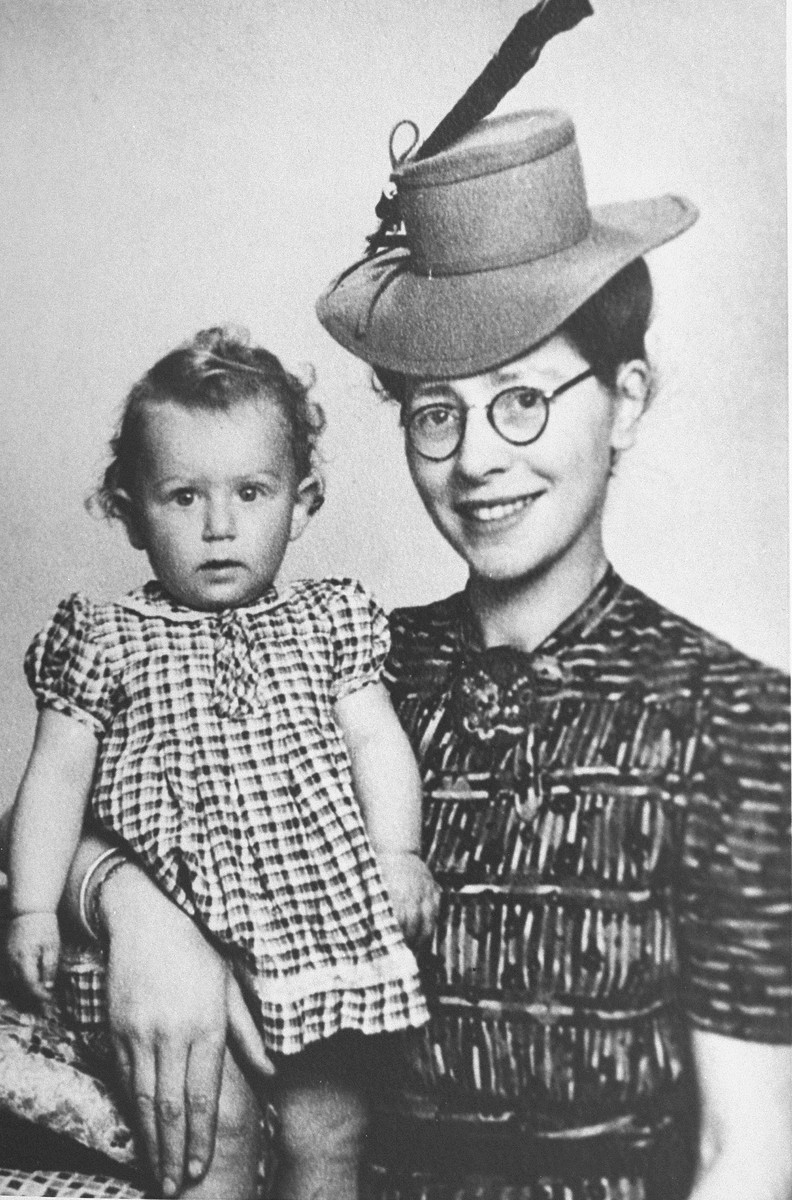 Semmy Woortman poses with Lientje, a nine month old Jewish girl she was hiding in her home.

https://www.ushmm.org/wlc/en/article.php?ModuleId=10005434.
Biography
Joop (Johannes Theodore) Woortman (1905-1944), a member of the Dutch underground who played a leadership role in the NV group that rescued approximately 250 Jewish children from a deportation assembly center in Amsterdam known as the Creche. These children were spirited out of the former daycare center in small groups and placed with Dutch host families in the countryside. Woortman's rescue work began early in 1942 when he helped to secure false papers for a Jewish musician who worked in the same Amsterdam theater as he. Subsequently, he offered his assistance to Jews he would meet at the train station. Later, when he learned that children were being concentrated for deportation at the Creche, he decided to focus all his efforts on finding them places of refuge. Members of Woortman's family, including his wife Semmy (later Semmy Riekerk), and his mother, also took part in his rescue efforts, securing and delivering false papers and hiding children in their homes. Joop Woortman was arrested in Amsterdam in July 1944 and deported to Bergen-Belsen. Following his arrest, Semmy carried on his mission. Using the register he kept of the 300 children he placed in hiding, she made sure all of his charges received their monthly stipends and ration coupons. A year after the war the Red Cross confirmed Woortman's death in Bergen-Belsen. He was posthumously recognized by Yad Vashem as one of the Righteous Among the Nations in 1981.