Ugo Carusi, Chairman of the Displaced Persons Commission, delivers a speech at the port of Bremerhaven before the departure of the General Black for New York. 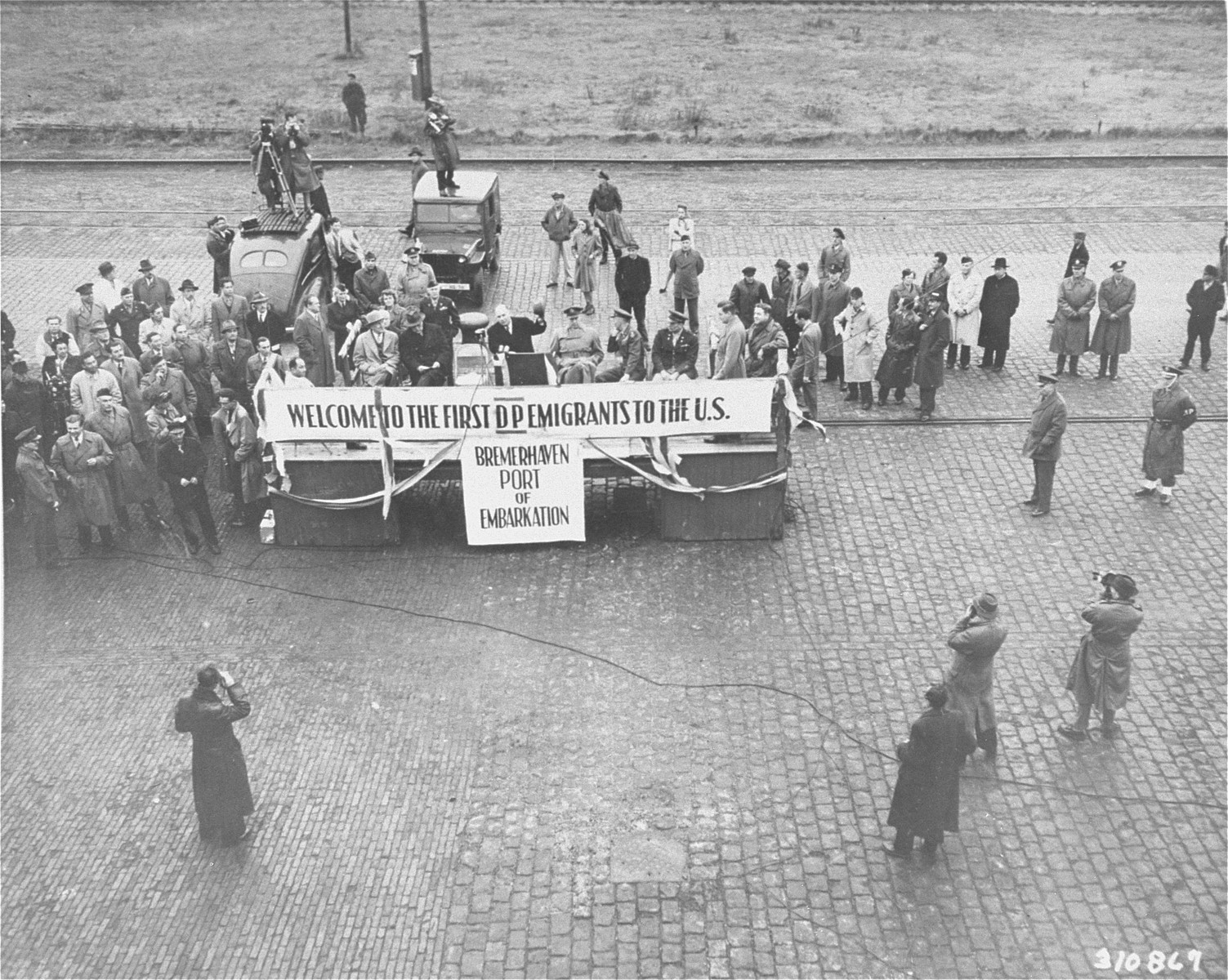 Ugo Carusi, Chairman of the Displaced Persons Commission, delivers a speech at the port of Bremerhaven before the departure of the General Black for New York.

Event History
The USS General Black, dubbed the "Ship to Freedom" by its passengers, brought 813 European DPs from eleven nations to the United States under the provisions of the newly enacted Displaced Persons' Act. These were the first DPs allowed to enter the U.S. under the new quota. The ship's departure from Bremerhaven was marked by speeches by U.S. military and civilian leaders and by an army band concert.