Male Jews are arrested during Kristallnacht and forced to march through the town streets under SS guard to watch the desecration of a synagogue, then to be deported. 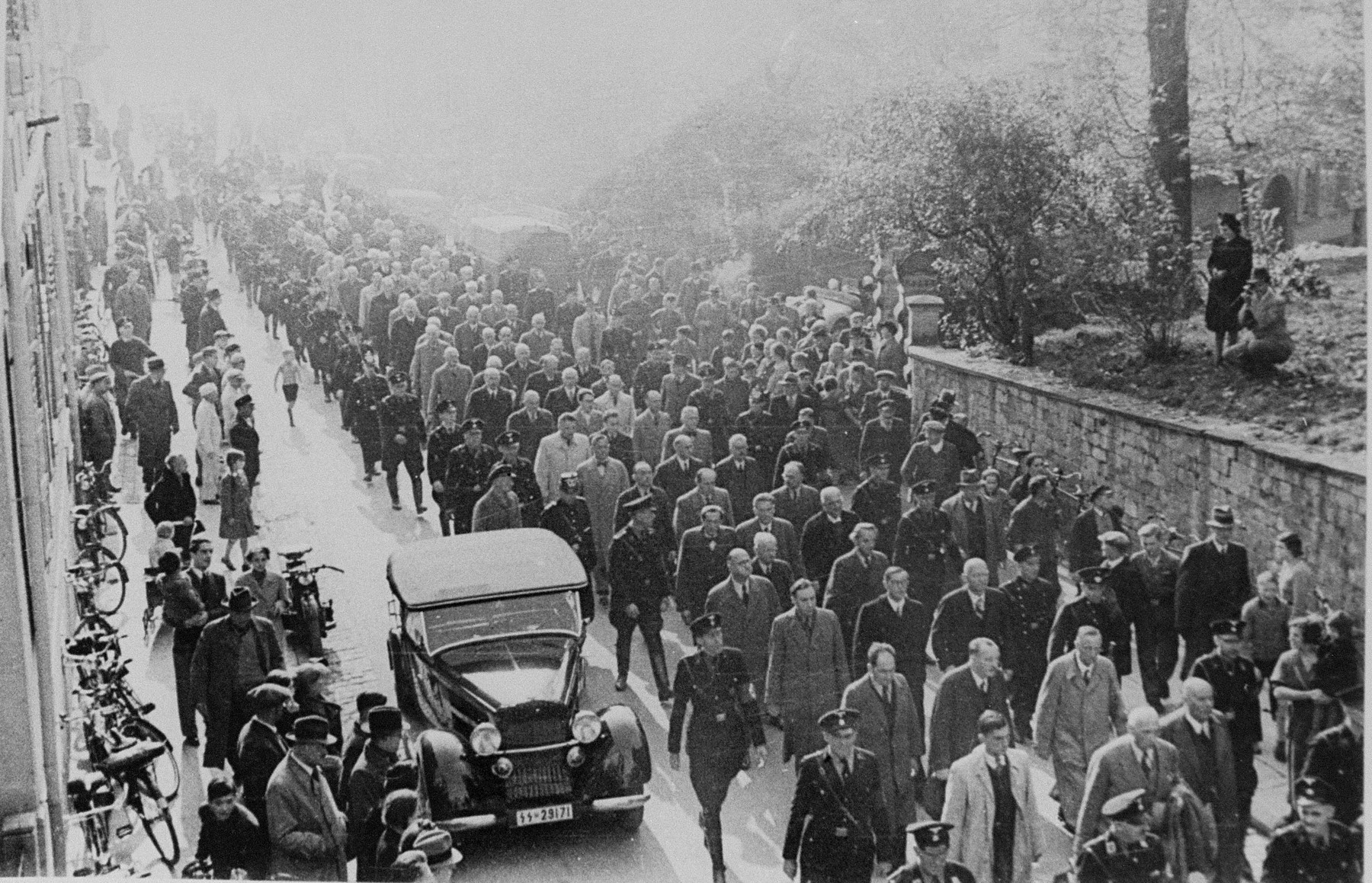 Male Jews are arrested during Kristallnacht and forced to march through the town streets under SS guard to watch the desecration of a synagogue, then to be deported.

Among those pictured is August Nathan. (See paper record for Mr. Nathan's location in the queue.)

Event History
A few hours before setting fire to the synagogue in Baden-Baden, sixty Jewish men, including guests at the spa, were rounded-up and marched through the town in columns. While they marched, SS men yelled to the German spectators, "Here are the Jews. Do to them what you will!" No hand was raised against them. When the Jews reached the synagogue they were funneled up the staircase through a column of SS men and curious onlookers. Once inside they were seated in the sanctuary and forced to listen while a fellow Jew, gymnasium professor Dr. Flehinger, read selections from Hitler's "Mein Kampf" at the lecturn from which the Torah scroll is generally read. Afterwards, the Jews had to rehearse the Horst Wessel song until they could recite the text perfectly. Forty of these Jews were later deported to Dachau.