A German soldier stands guard as bodies are prepared for burial at the Jewish cemetery in Kutno. 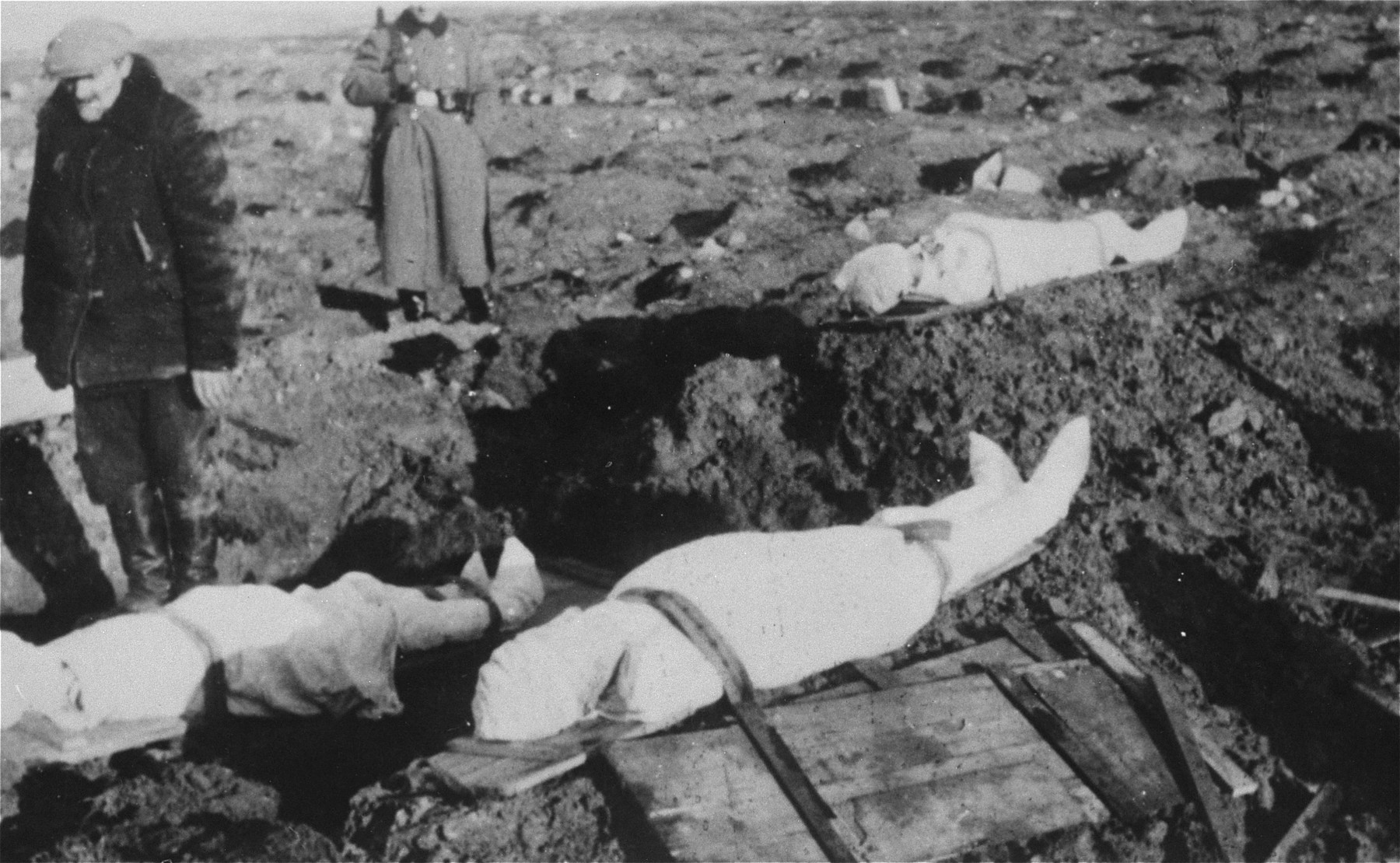 A German soldier stands guard as bodies are prepared for burial at the Jewish cemetery in Kutno.

Event History
Prior to World War II, approximately 6,700 Jews lived in Kutno, constituting more than 25% of the total city population. The Germans entered Kutno on September 15, 1939, and during the first months of the occupation the synagogue was destroyed, and many Jews were taken for forced labor. A Judenrat was appointed in November 1939, but the ghetto was not formally established until June 1940. With the ghetto's establishment, all Jews were evicted from their homes and transferred to the grounds of the Konstancja sugar factory. More than 7000 Jews were crowded into the grounds of the factory, several buildings of which had been bombed, forcing many of the new tenants to make outdoor living arrangements. The Germans surrounded the area with barbed wire and watchtowers. The ghetto was liquidated at the end of March or beginning of April 1942, with the deportation of all its inhabitants to the Chelmno extermination camp.
See "Kutno" in Encyclopedia of Camps and Ghettos, Volume 2 Part A.
See Also https://encyclopedia.ushmm.org/content/en/article/ghettos-in-poland.