Group portrait of Jewish and Romanian students in a public high school in Husi, Romania. 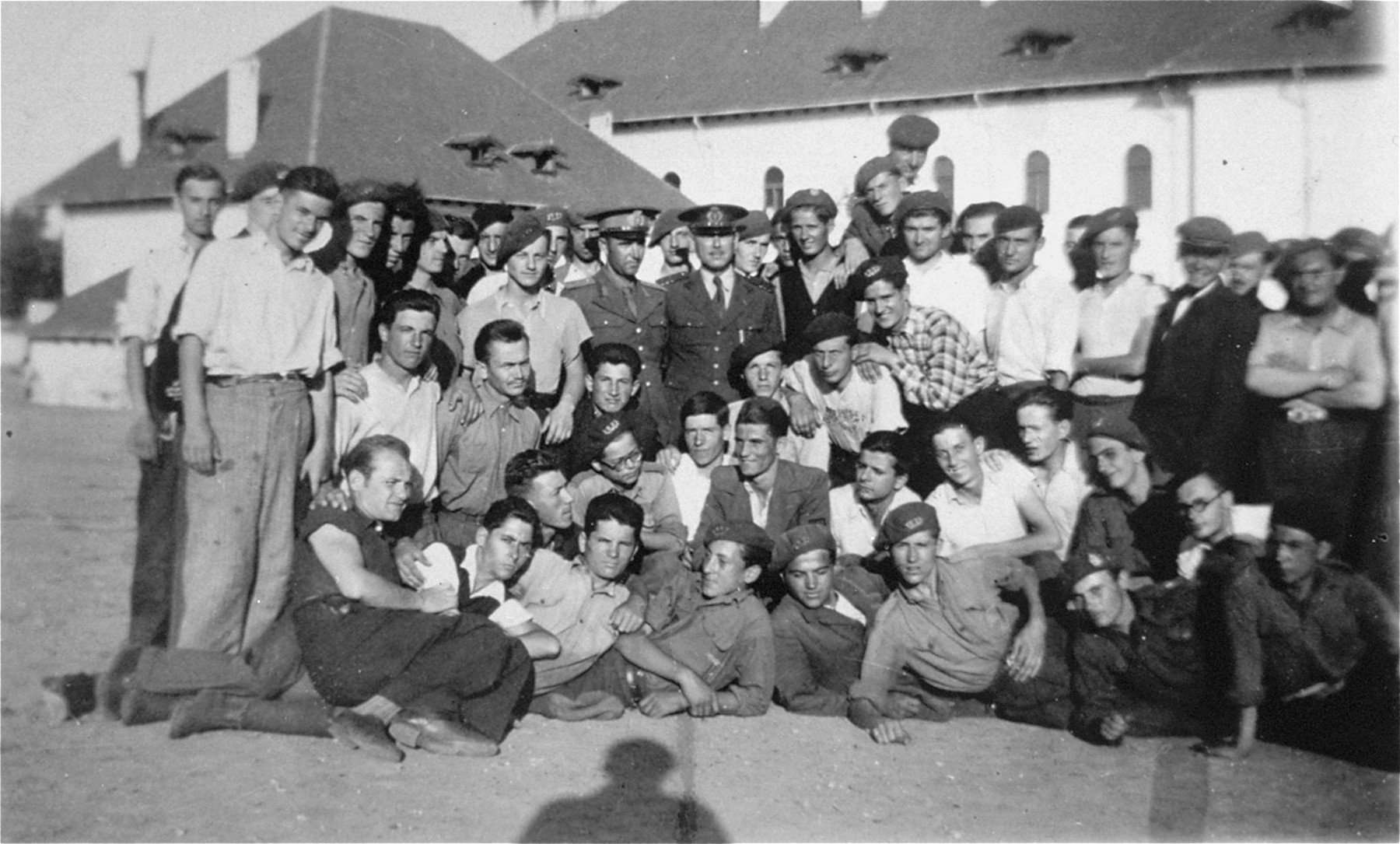 Group portrait of Jewish and Romanian students in a public high school in Husi, Romania.

Among those pictured is Ion Butnaru.

Biography
Ion Butnaru is the son of Marcel Butnaru. He was born December 4, 1918 in Husi, a small town in Moldavia, where his father owned a vineyard. Ion had one sister, Ernestine, who was seven years older than he. She married young and moved out of the household. As a youth Ion spent most of his free time working in the vineyard and volunteering at the local Jewish library. When he was 17 he began writing for the local newspaper. After finishing high school in 1939 his plan was to attend university and become a writer. However, in the fall, Ion received his call up notice from the Romanian army. He decided not to postpone his mandatory service, and was inducted into the 9th Infantry Regiment in November. In the spring of 1940 Ion was sent to northern Moldavia, where he constructed fortifications along the border with the Soviet Union. That summer the Soviet government forced Romania to cede Bessarabia and northern Bukovina, and Ion's regiment retreated to the city of Roman. Anti-Jewish feeling mounted after the Soviet occupation, and in September Jews were summarily expelled from the army and reassigned to labor battalions. Ion was sent to the town of Tirgu Neamt in the Carpathian Mountains, where he constructed fortifications along the border with Hungary. He returned to Husi some months later. Ion was visiting relatives in Bucharest when the Iron Guard rebellion of January 21-23, 1941 took place. After the revolt was crushed by General Antonescu, members of the Guard turned on the Jews and unleashed a massive pogrom, destroying Jewish businesses and homes in the capital, seizing Jewish property and killing over 100 Jews. While he was still in Bucharest, Ion got word that his father had suffered a stroke in Husi. Ion then returned home, and his father soon recovered. On June 22, the day of the German invasion of the Soviet Union, Ion and most of the adult Jewish males in Husi were rounded-up and taken to the Tirgu Jiu concentration camp. He spent four months in the camp before being allowed to return home in September. While Ion was in Tirgu Jiu, his father (along with other prominent Jews) was arrested on suspicion of being a communist. He was beaten severely in a vain attempt to get a confession, and then was tried by a military court. Though he and his fellow Jews were acquitted, they were detained for a few months as hostages before being allowed to go home. In Husi during the fall of 1941, Ion was forced to wear the Jewish badge and for a time, live in a local camp. The family's vineyard, wine cellar and home were confiscated and the Butnarus were forced to move to a one-room apartment. During the winter of 1941-42 Ion was often sent to work to clear snow off the streets and highways. That summer he was assigned to a labor battalion and sent to a series of stone quarries, where he worked for the next two years under wretched conditions in the heat and cold. In the summer of 1944 the battalion returned to Husi to do road repair. Ion rejoined his parents, who had both survived, and in August the town was liberated by Russian troops. In 1946 the Butnarus moved to Bucharest. Ion remained in Romania, where he married Jeanine Gutman and raised a daughter, Anca. The family immigrated to the United States in the fall of 1976.