Portrait of Croatian rescuer Ivan Vranetic, who has been recognized by Yad Vashem as one of the Righteous Among the Nations. 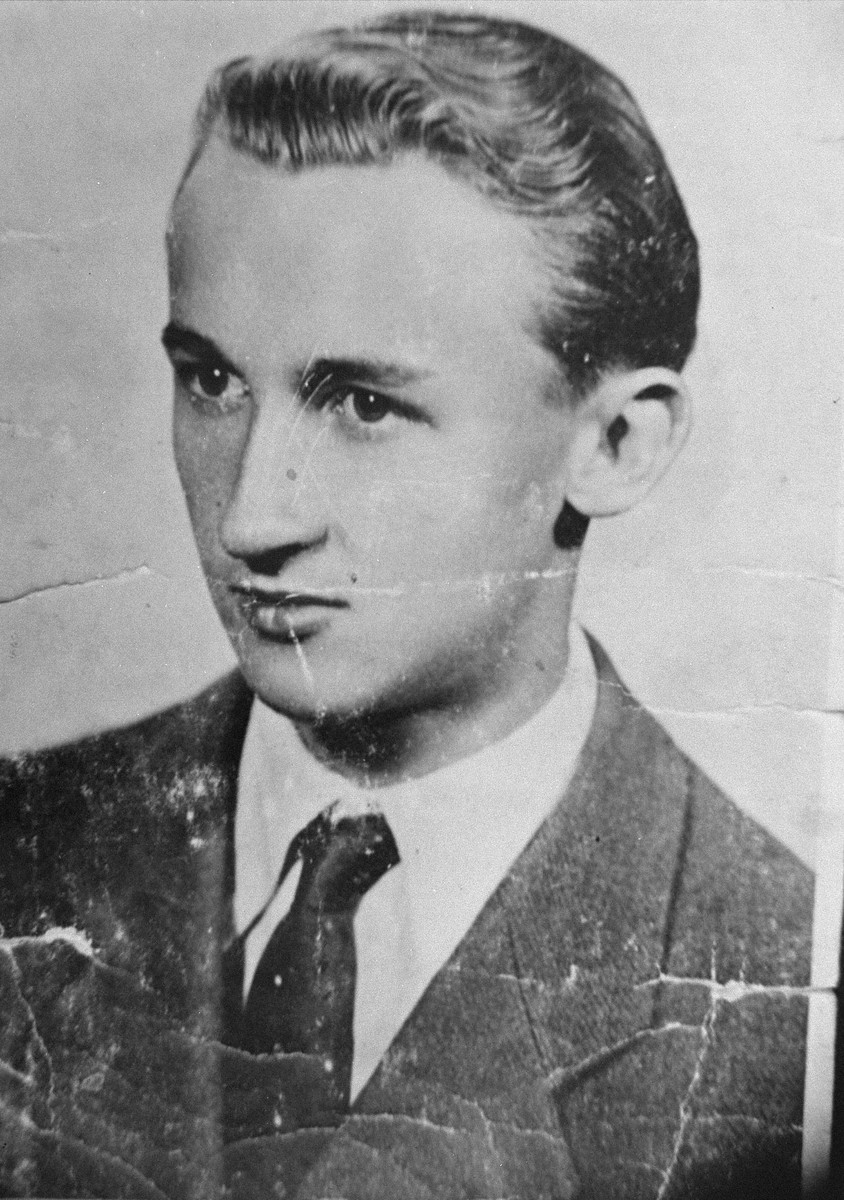 Portrait of Croatian rescuer Ivan Vranetic, who has been recognized by Yad Vashem as one of the Righteous Among the Nations.

Biography
Ivan Vranetic (b. 1927), a Croatian rescuer, who as a youth during World War II hid and protected Jews from the Germans and their Ustasa collaborators in his hometown of Topusko near the Croatian border with Bosnia. Vranetic, the son of a store owner, grew up in a liberal, middle-class, Catholic household. During the round-ups of Jews that began in Topusko in 1942 and the periodic raids that continued until 1944, the teenaged Vranetic took it upon himself to find hiding places for Jews and to warn them of impending raids. Among the many Jews he helped was Erna Montilio, a young widow who had fled with her infant daughter from her home in Sarajevo to Italian- occupied Dalmatia after her husband had been killed at the Jasenovac concentration camp. In Dalmatia, Montilio joined her mother and younger sister, who had fled earlier, and lived in relative peace until the summer of 1943, when the Italians herded all the Jewish and Slovenian refugees in Dalmatia into the Rab concentration camp established on an island in the Adriatic Sea. There, conditions were very poor, and the prisoners suffered from severe food shortages. When the Yugoslav partisans liberated Rab in September of that year, the Jews were put on boats and taken to the mainland, where many were left to fend for themselves. The Montilios spent the next several months wandering through the region until they reached the village of Topusko. Upon their arrival they were guided to Ivan Vranetic, who offered to shelter them in his parents' home (His father was away fighting with the partisans) until he could find housing for them. Since the border with German-occupied territory was so close, the Jewish refugees hiding in Topulsko were under constant threat of raids. Often they had only minutes to make their escape into the forests where they remained from a few days to a few weeks. Vranetic would supply them with food and frequently would accompany them to the forests himself, to make sure they did not stray into enemy territory. Every time they returned to the village Vranetic had to find them new hiding places because the Germans and their collaborators would destroy the empty houses. At the conclusion of the war the Montilios returned to Sarajevo. Vranetic wanted to marry Erna, but her mother opposed the match because he was too young and not Jewish. In 1948 Erna and her daughter moved to Israel, where she married and had two more children. But the marriage did not last. Vranetic maintained contact with Erna through her mother who had remained in Sarajevo, and in 1963 he paid her a visit in Israel. The following year he returned to Israel to live there permanently with Erna. Vranetic was subsequently recognized by Yad Vashem as one of the Righteous Among the Nations.