A woman vendor on the street in the Warsaw ghetto offers pickles and food for sale. 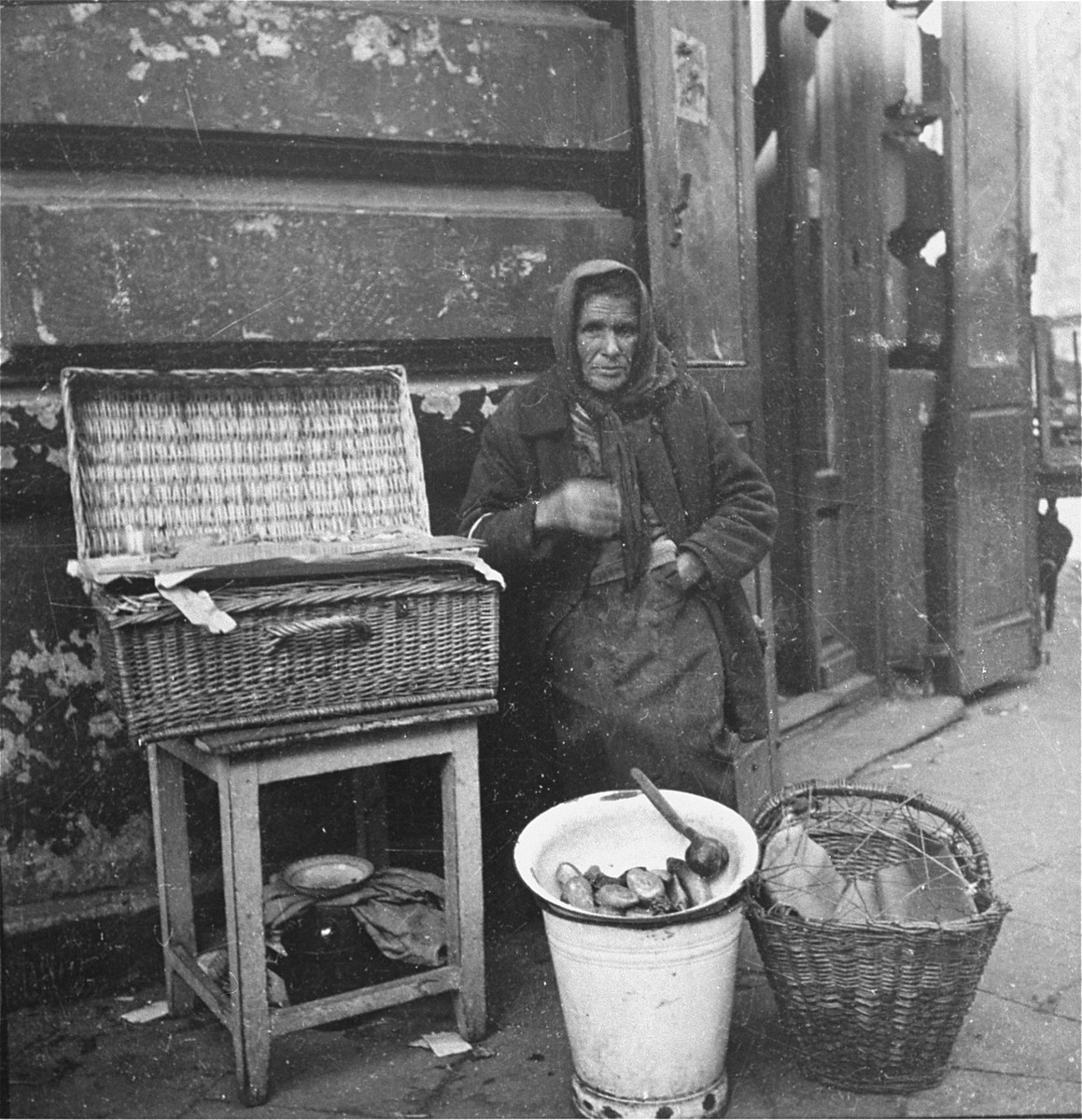 A woman vendor on the street in the Warsaw ghetto offers pickles and food for sale.

Joest's original caption reads: "This woman offered different food [for sale] on the street. I do not know where it was."

In 1987, Ahron Potschnik in Tel Aviv recognized his mother in this photograph.