A Jewish laborer from the Radom ghetto is forced to show a German guard what is concealed beneath his sweater. 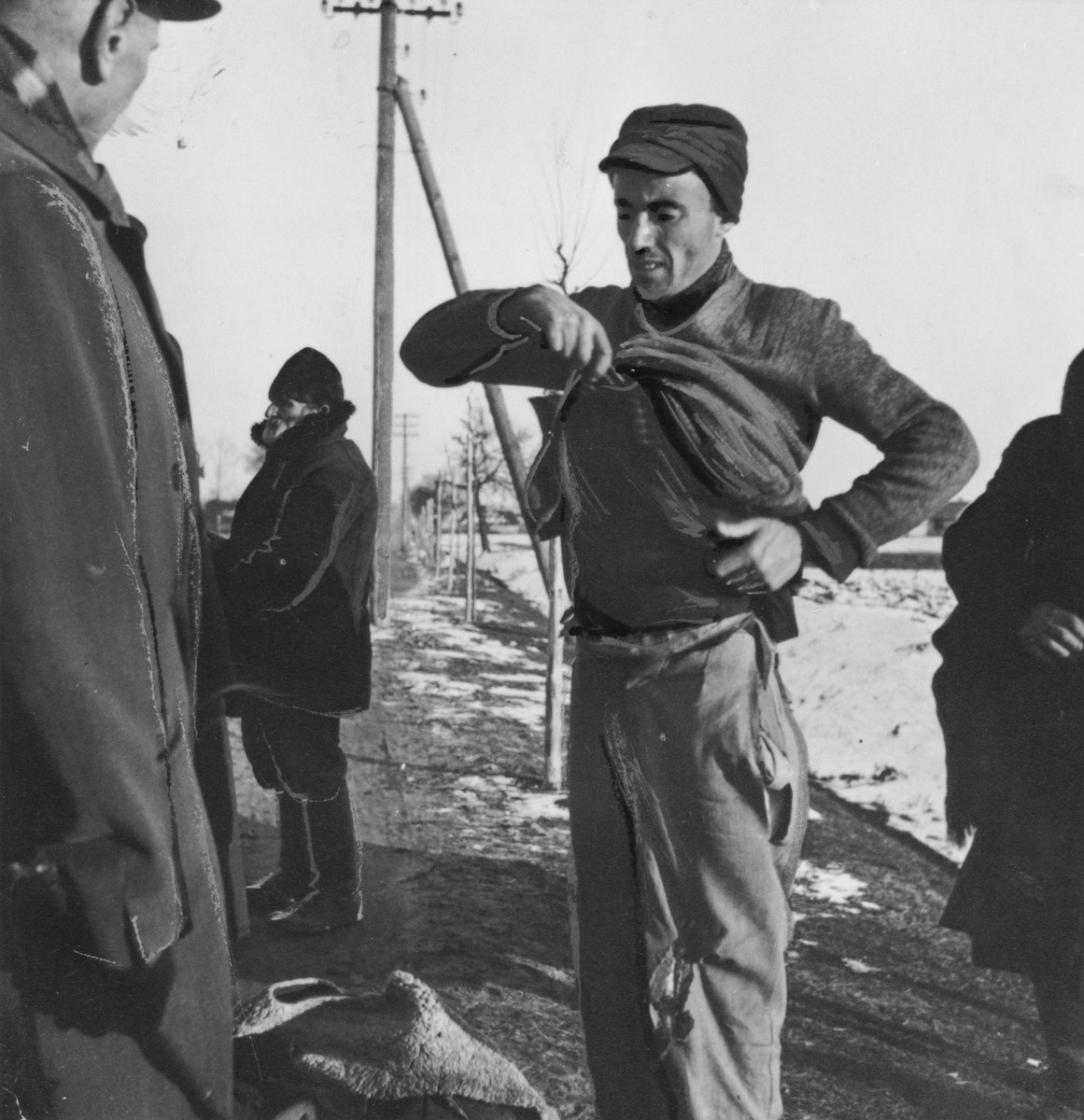 A Jewish laborer from the Radom ghetto is forced to show a German guard what is concealed beneath his sweater.

Event History
In 1939 over 30,000 Jews lived in Radom, constituting 30 per cent of the population. German troops occupied the city on September 8, 1939 and immediately instituted repressive measures against the Jewish community. During the first months of the occupation, approximately 2,000 Jews from the Poznan and Lodz districts were relocated to Radom, which had been designated the capital of a district in the General Goverment. Soon after in December 1939, 1,840 Jews from Radom were expelled and resettled in smaller towns of the Kielce district. In August 1940, 2,000 men and women were sent to labor camps. The following spring in March 1941, a decree was issued establishing ghettos in two sections of Radom: Ghetto I downtown on Walowa and neighboring streets and Ghetto II in the suburb of Glinice. Ghetto I housed 27,000 Jews and Ghetto II 5,000. A number of actions took place in early 1942. On February 19, 40 Jews were shot in what came to be known as the "Bloody Thursday" action. On April 28, 70 more were killed and hundreds deported to Auschwitz. The smaller ghetto was liquidated on August 5, 1942 and its residents deported to Treblinka. Later that month on August 16-17, the remaining ghetto was liquidated with its 20,000 inhabitants. During the deportation action hundreds escaped to the forests. After the liquidation of the ghettos a labor camp was established on the site of the smaller ghetto, containing 4,000 inmates. 800 of them were sent to Szydlowiec in a deportation action that occurred on December 4, 1942. The following month on January 13, 1943, another 1,500 were deported to Treblinka. On July 26, 1944 all but 300 prisoners were deported to Auschwitz. The final 300 were liberated on January 16, 1945.