Jacob Pat, a representative of an American Jewish Labor Committee, surrounded by Jewish survivors on the site of the former Warsaw ghetto. 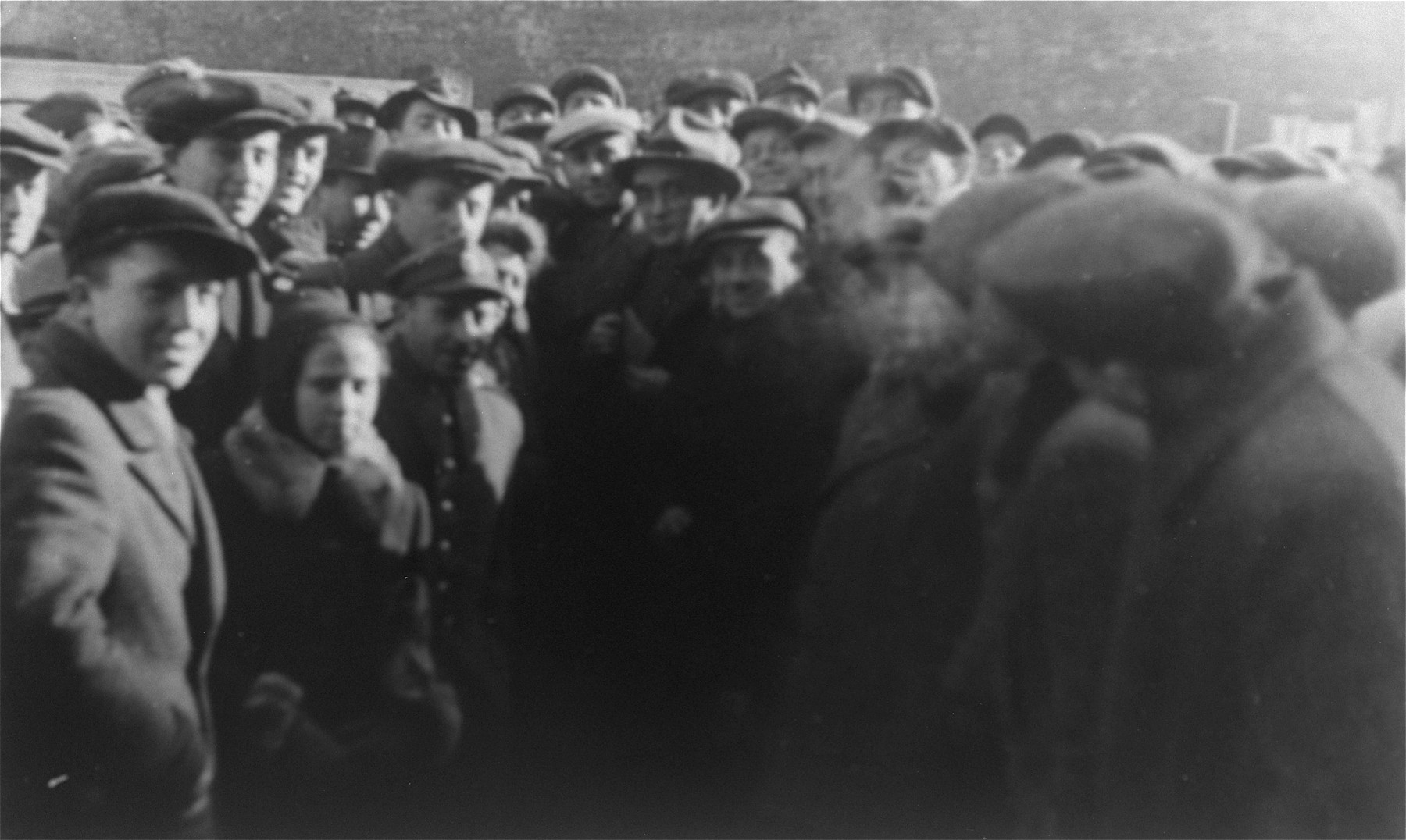 Jacob Pat, a representative of an American Jewish Labor Committee, surrounded by Jewish survivors on the site of the former Warsaw ghetto.

Biography
Jacob Pat was a journalist, writer and activist born in Bialystok, Russian Empire, in 1890. He served as the General Secretary of the Jewish Labor Bund's Central Association of Yiddish Schools in Warsaw, Poland in the years preceding World War II. A fund-raising trip in the fall of 1938 brought Jacob Pat to the United States where he was compelled to remain due to the war. He then devoted his efforts to anti-Nazi activity and rescue work and became the Executive Secretary of the Jewish Labor Committee, a position he held until his retirement in 1963. He also served as a member of the Delegation of the Jewish Labor Bund to the U.S., and as a chairman of the Congress of Jewish Culture.