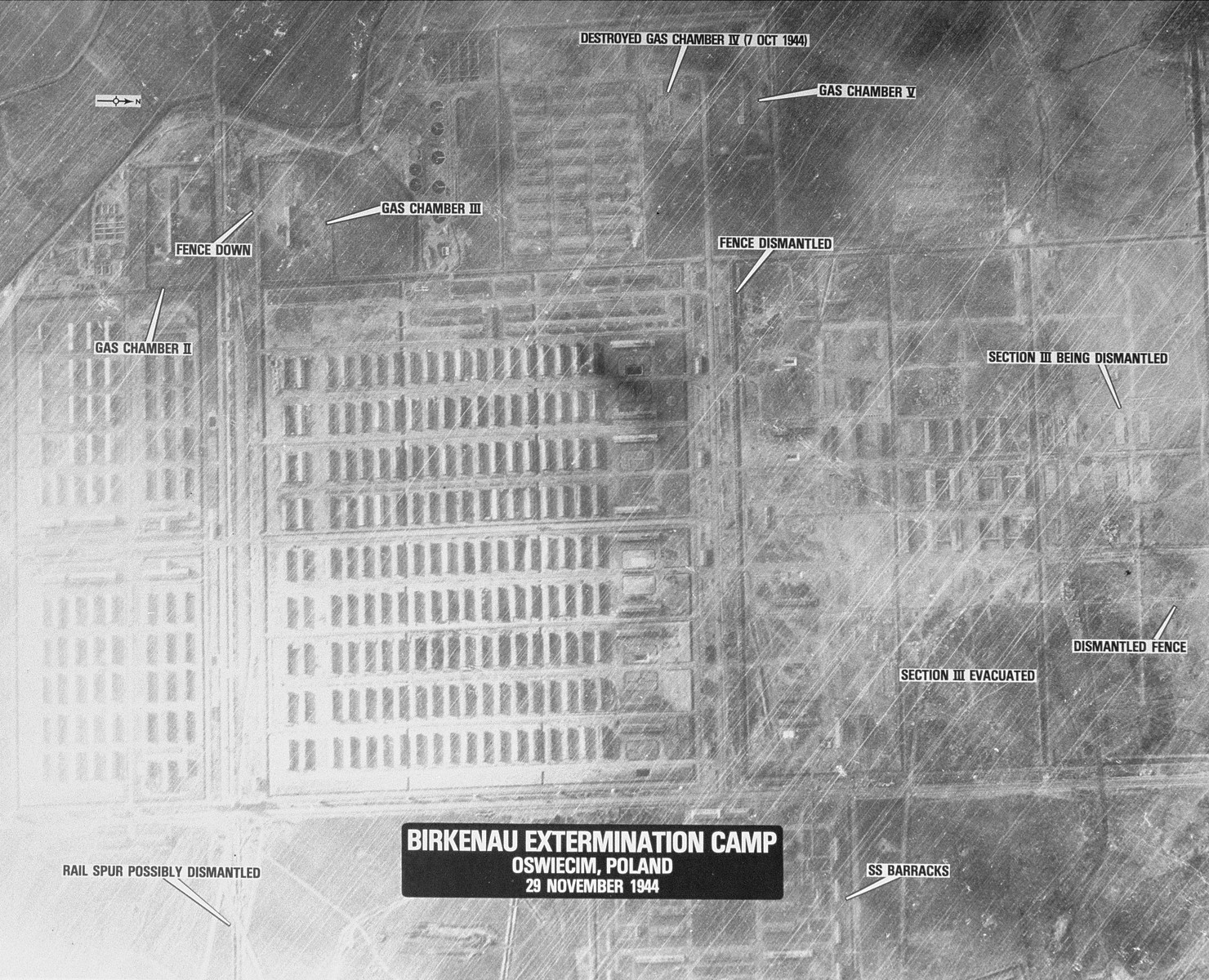 After the war the Auschwitz reconnaissance photographs were stored in the archives of the Defense Intelligence Agency (Washington, D.C.) until they were rediscovered in 1978 by two CIA photo analysts, Dino Brugioni and Robert Poirer. The photographs were later declassified and transferred to the National Archives, where they became RG 373. A selection of images were enlarged and annotated with identifying labels by the CIA in 1978.
See https://www.ushmm.org/wlc/en/article.php?ModuleId=10008041.
See Also https://www.ushmm.org/wlc/en/article.php?ModuleId=10005189.
See Also "Auschwitz Main Camp" in Encyclopedia of Camps and Ghettos, Volume 1 Part A.