Two German Jewish refugee youth play shuffleboard on the deck of the SS Iberia during the voyage from Lisbon to Havana. 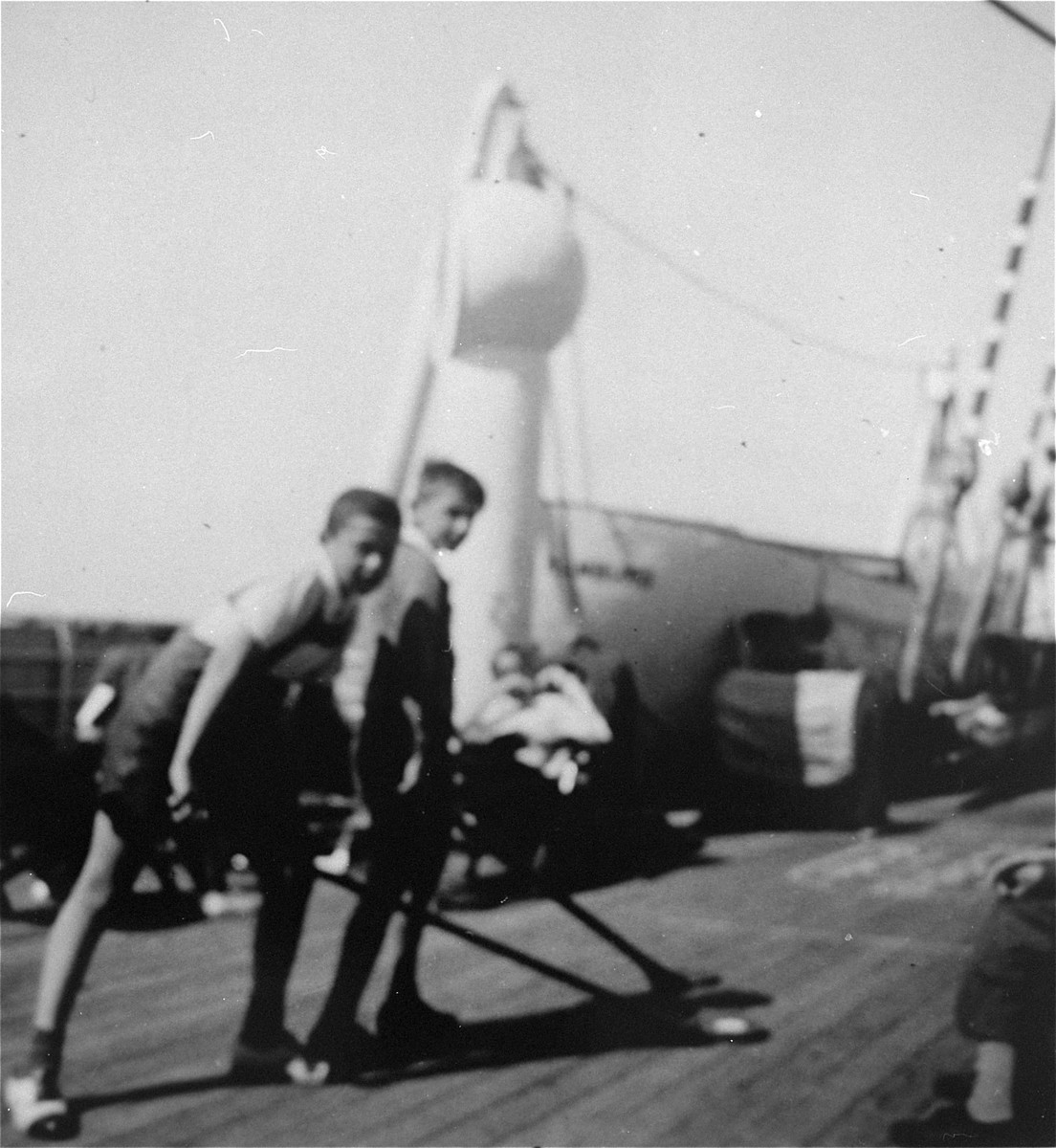 Two German Jewish refugee youth play shuffleboard on the deck of the SS Iberia during the voyage from Lisbon to Havana.

Pictured are Peter Froehlich and his friend "Kolmke."