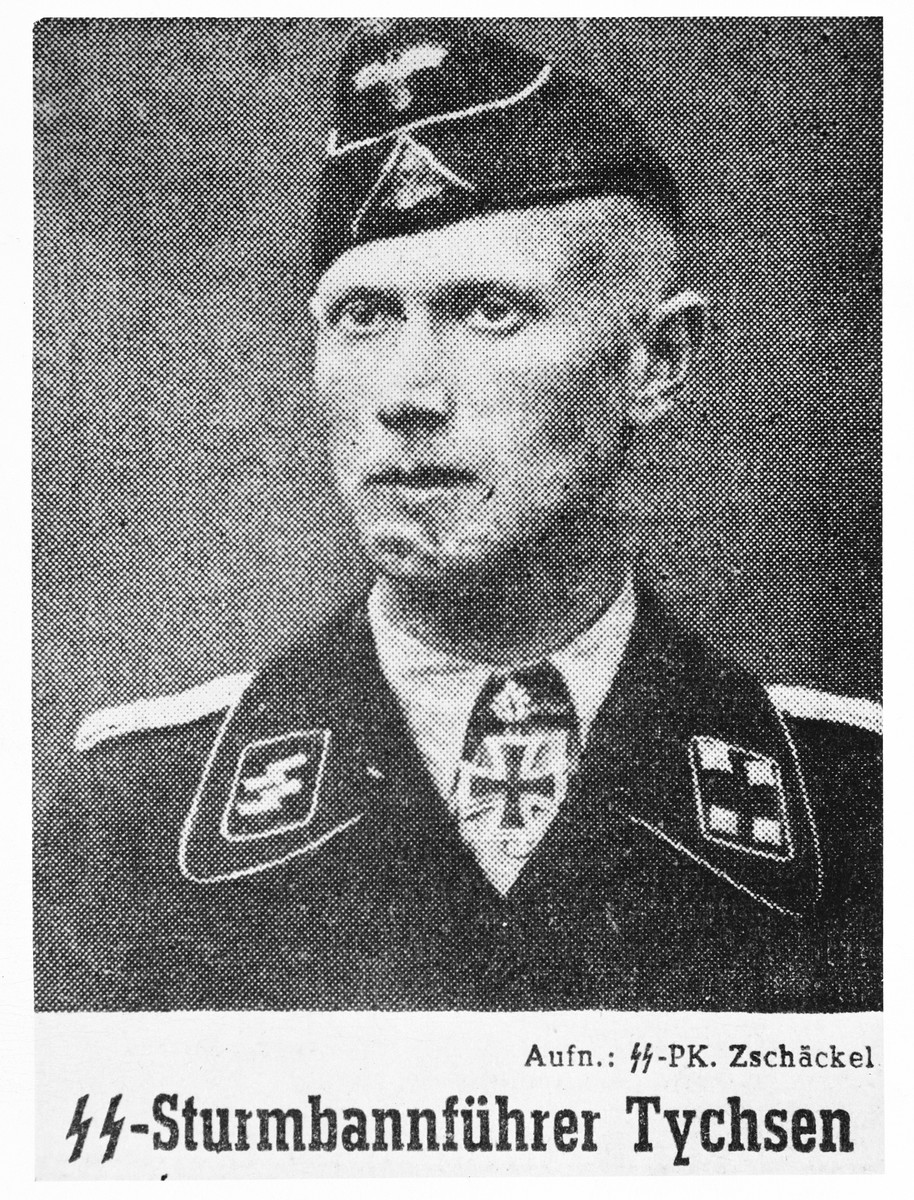 Biography
SS-Sturmbannfuehrer Tychsen was the regimental commander of the Second Panzer Regiment of the SS division "Das Reich" which on June 9, 1944 entered the village of Tulle and subsequently hanged 99 men in the streets in retaliation for a battle between the German garrison and a French maquis unit.