Group portrait of employees in the Lodz ghetto post office. 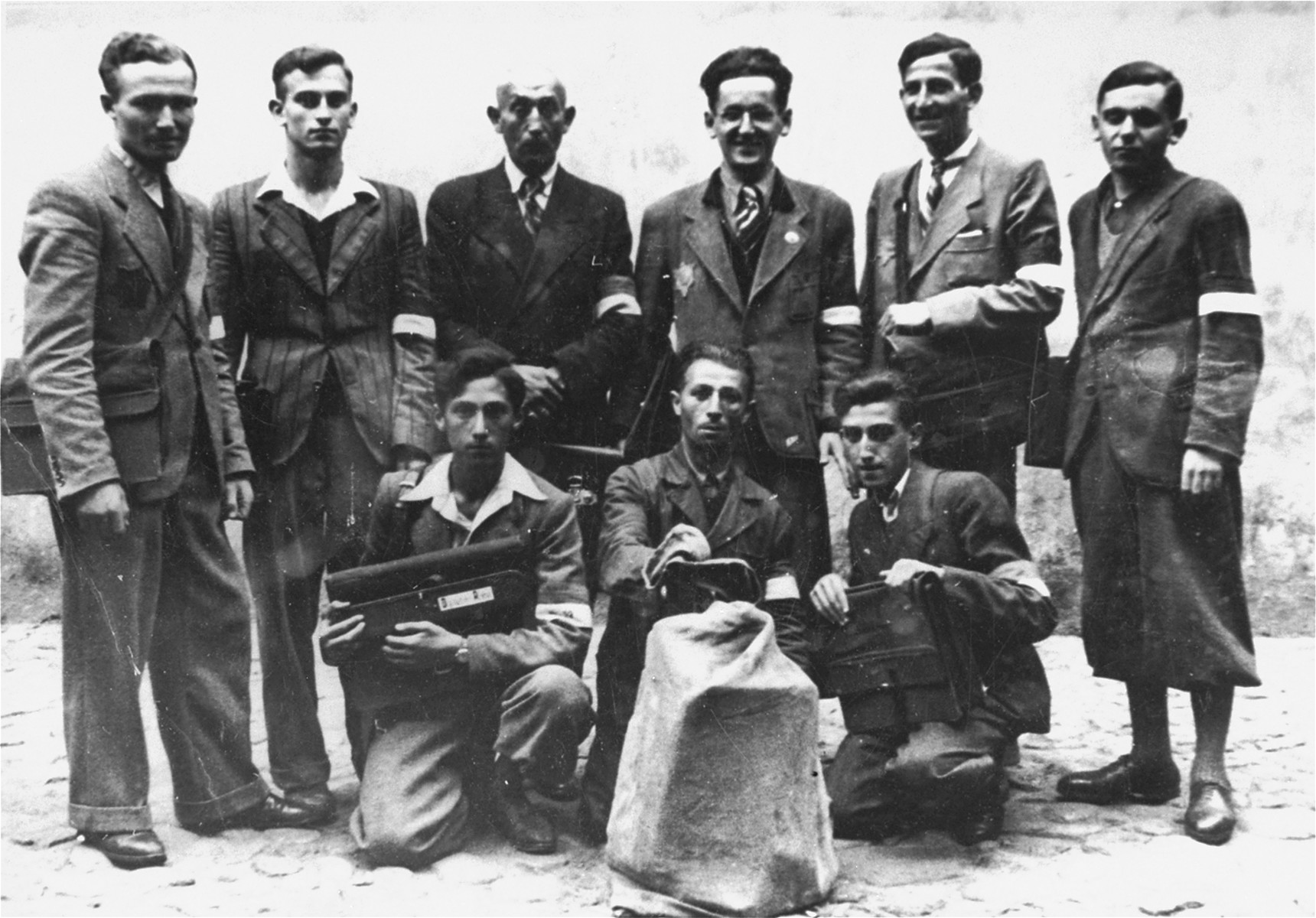 Group portrait of employees in the Lodz ghetto post office.

Among those pictured is Nachman Zonabend (standing second from the right).

[Source: Zonabend, Nachman, "The Truth About the Saving of the Lodz Ghetto Archive," Stockholm 1991]