Berthe Lewkowitz (front, second from left), and her brother, Jacques (front right), with their rescuers, Victor and Josephine Guicherd (back right). 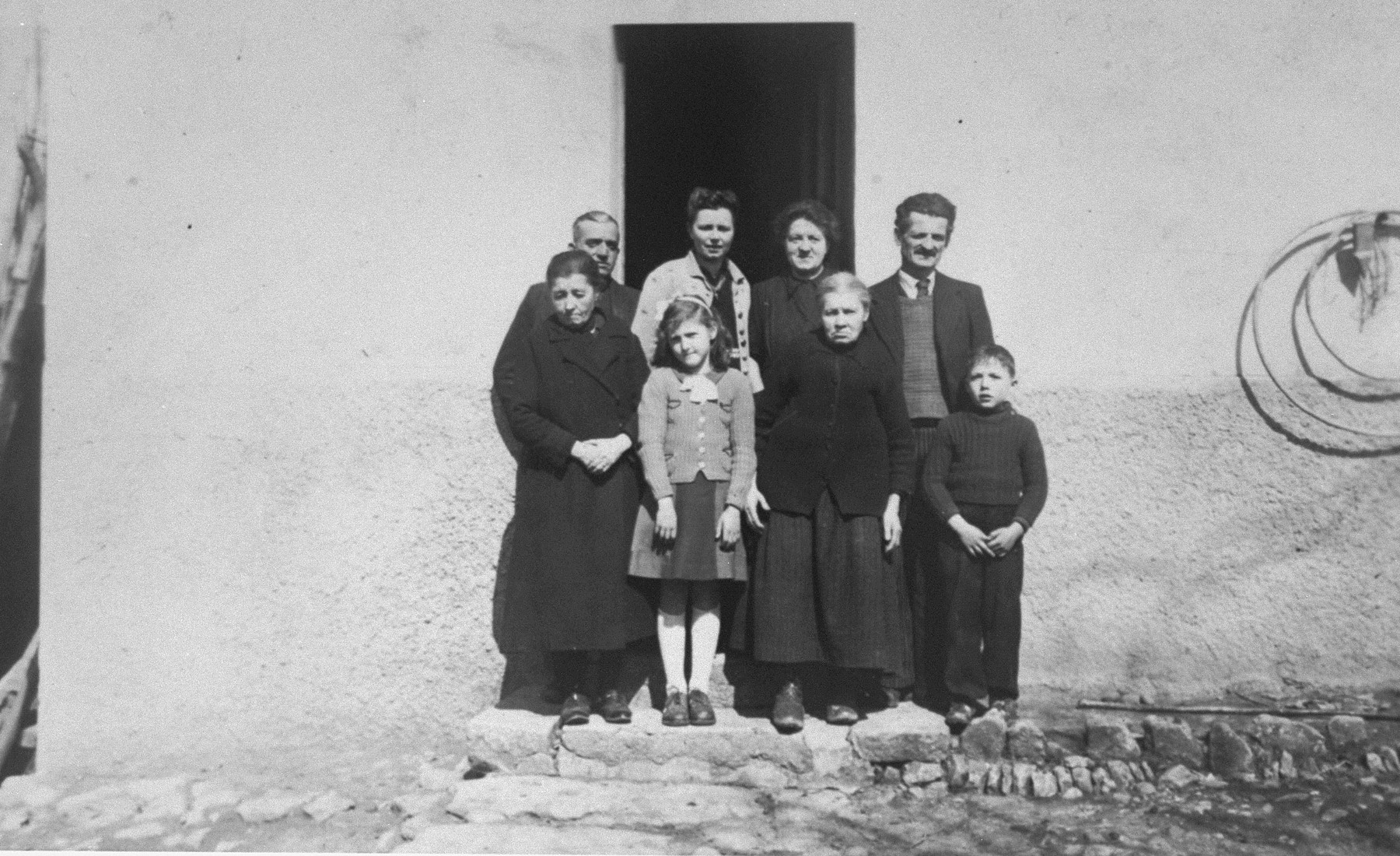 Berthe Lewkowitz (front, second from left), and her brother, Jacques (front right), with their rescuers, Victor and Josephine Guicherd (back right).

Biography
Berthe Eppel (born Berthe Lewkowitz) is the daughter of Shmuel and Perla Lewkowitz. Her parents were both born in Poland and moved to France before the war. Shmuel was born in Lodz, and Perla was born in Skerz. Shmuel arrived penniless and after working at various jobs eventually became a furrier. Berthe was born in Valenciennes on April 19, 1935 and was the oldest of three children. Her brother Jacques was born in Valenciennes on September 7, 1937, and her brother Michel was born in Normandy on July 31, 1940. The family had briefly relocated in Normandy following the fall of France, but they returned to Valenciennes in 1942, and Shmuel found a temporary hiding place for his two older children. On September 7, he, Perla and Michel visited Berthe and Jacques. This was the last time the entire family was together. Shortly after returning home, police came to the door to arrest them. Thinking that a mother and baby would not be harmed, Perla answered the door while Shmuel escaped through the back. Perla and Michel were sent from Valenciennes north on September 15, 1942 on transport #84 with 1,054 Jews on board. The transport stopped at the Malines transit camp in Belgium and then proceeded on to Auschwitz where Perla and Michel both perished. Shmuel went to pick up his older children who were living under the assumed name of Leroi. A Monsieur Nicolai brought the children to Chambery and from there to the farm of Victor and Josephine Guicherd in the village of Dullin. Berthe and Jacques stayed there from September 1942 until August 1945. The children studied in the local school and helped around the farm. After the round-up in the children's home of Izieu, Germans under Klaus Barbie scoured the nearby countryside looking for other Jews in hiding. They knocked on every door in Dullin. The Guicherds hid Berthe and Jacques within a large hollowed out kitchen table, and the children were never discovered. After the war, the children reunited with their father. Years later they learned that the Guicherd's three farm hands were also Jews in hiding.