Reich Minister Richard Walther Darre greets Hitler at the train station at the time of the harvest festival. 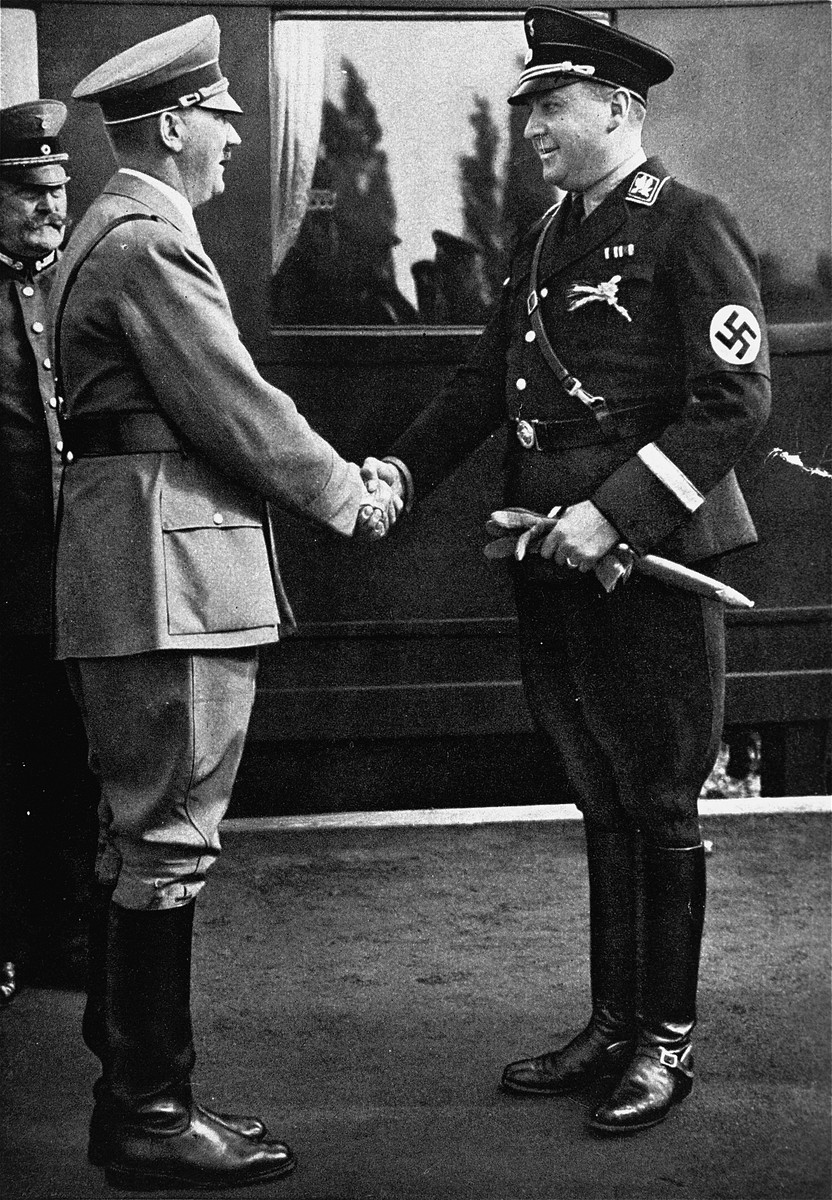 Reich Minister Richard Walther Darre greets Hitler at the train station at the time of the harvest festival.

Biography
Richard Walther Darre (1895-1953) studied agriculture and economics, specializing in animal breeding and genetics. In 1930, Darre joined the NSDAP and became Hitler's deputy for agricultural matters. His job was to organize farmers' support of Hitler. To help expand the NSDAP's appeal, Darre created the first Nazi agricultural program and coined the term "Blut und Boden." In 1931, he was promoted to head of the Race and Settlement Main Office (RuSHA) and received the rank of SS-Gruppenfuehrer. He also became Reichsbauernfuehrer in charge of the Office for Agricultural Policy, from 1934 to 1942. Darre also published the newspapers "NS-Landpost" and "Deutsche Agrarpolitik." As Reich Minister for Nutrition and Agriculture, he helped adopt the Heredity Farm Law, which set fixed market prices and attempted curb migration from the farms to the city. In 1936, he received the Golden Party Badge, but it marked the decline of his career. Darre's vision of agrarian society and the nobility of peasants clashed with Goerings Four Year Plan aimed at maximizing production and industry. Consequently, he lost his RuSHA post in 1938. After he criticized Himmler and Hitler for their handling of the war, he was banished to his hunting lodge in Schorfheide, Germany. After the war he was arrested and sentenced to seven years imprisonment in the Wilhelmstrasse Trial, but was released in 1950.