Jewish DPs commemorate the death march from Dachau to Tyrol as they hold a protest against British immigration policy to Palestine at the Mittenwald displaced persons camp. 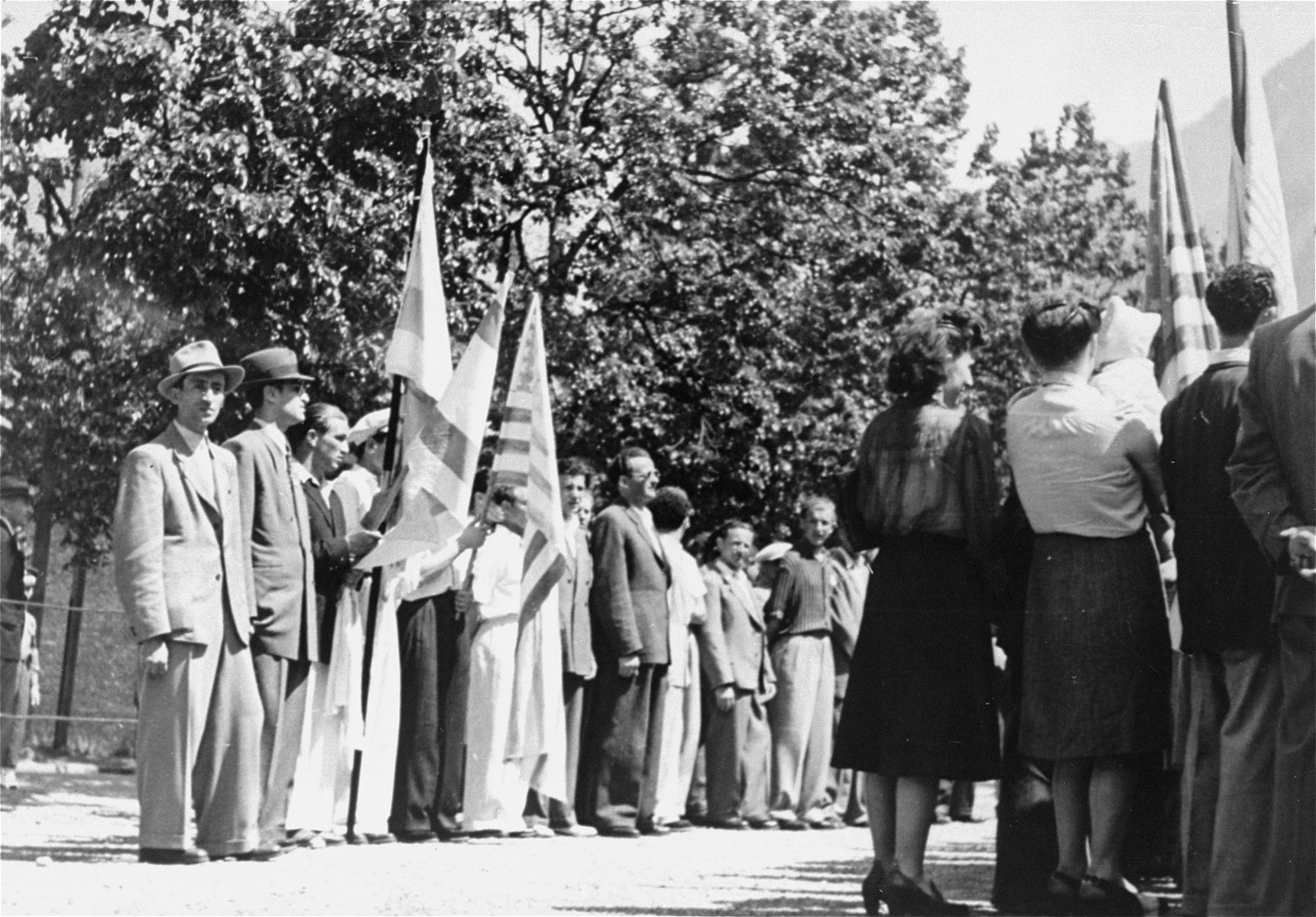 Jewish DPs commemorate the death march from Dachau to Tyrol as they hold a protest against British immigration policy to Palestine at the Mittenwald displaced persons camp.

Event History
On May 4, 1947, local committees in the communities of Garmisch and Mittenwald proposed reenacting the American rescue of three thousand Dachau prisoners from a death march to Tyrol in April 1945. This demonstration was intended in part to thank the Americans for their role in the liberation. The Central Committee appropriated the idea and expanded it from a local event to a memorial observance for the entire occupied zone. The centerpiece of the observance was a march to Mittenwald. Four to five thousand marchers participated, including many former prisoners who had actually traversed the same route on the death march from Dachau to Tirol two years earlier. After marching for almost two hours to the assembly point, the assembled heard survivors of the original Mittenwald march, including the new chairman of the Central Committee, Dovid Treger, who urged them to assume the struggle for the establishment of a Jewish homeland in Palestine. Lieutenant James Charles Rooin especially drew cheers and applause when he declared his admiration for and sympathy with the goals of the marchers. Afterwards the members of the Central Committee assembled in the corner of Mittenwald's Catholic cemetery where those who died in the Tyrol march had been buried, and Treger laid a wreath in the midst of the martyrs' grave.