Adolf Hitler stands on a podium in the Luitpold Hall in Nuremberg with Rudolf Hess, Heinrich Himmler, and Joseph Goebbels during Reichsparteitag (Reich Party Day) ceremonies. 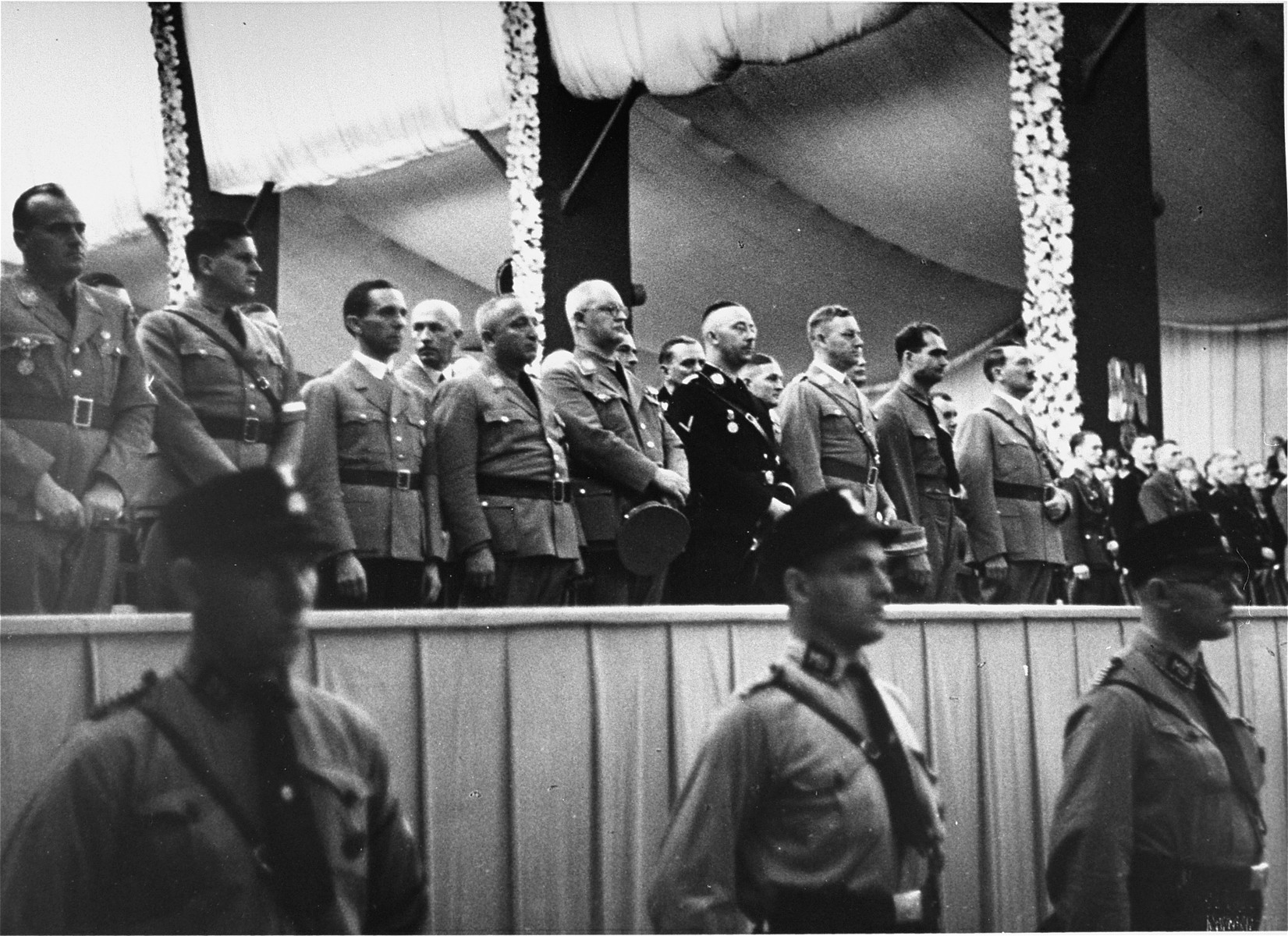 Adolf Hitler stands on a podium in the Luitpold Hall in Nuremberg with Rudolf Hess, Heinrich Himmler, and Joseph Goebbels during Reichsparteitag (Reich Party Day) ceremonies.

This image is from an SS album.