Askari or Trawniki guards peer into a doorway past the bodies of Jews killed during the suppression of the Warsaw ghetto uprising. 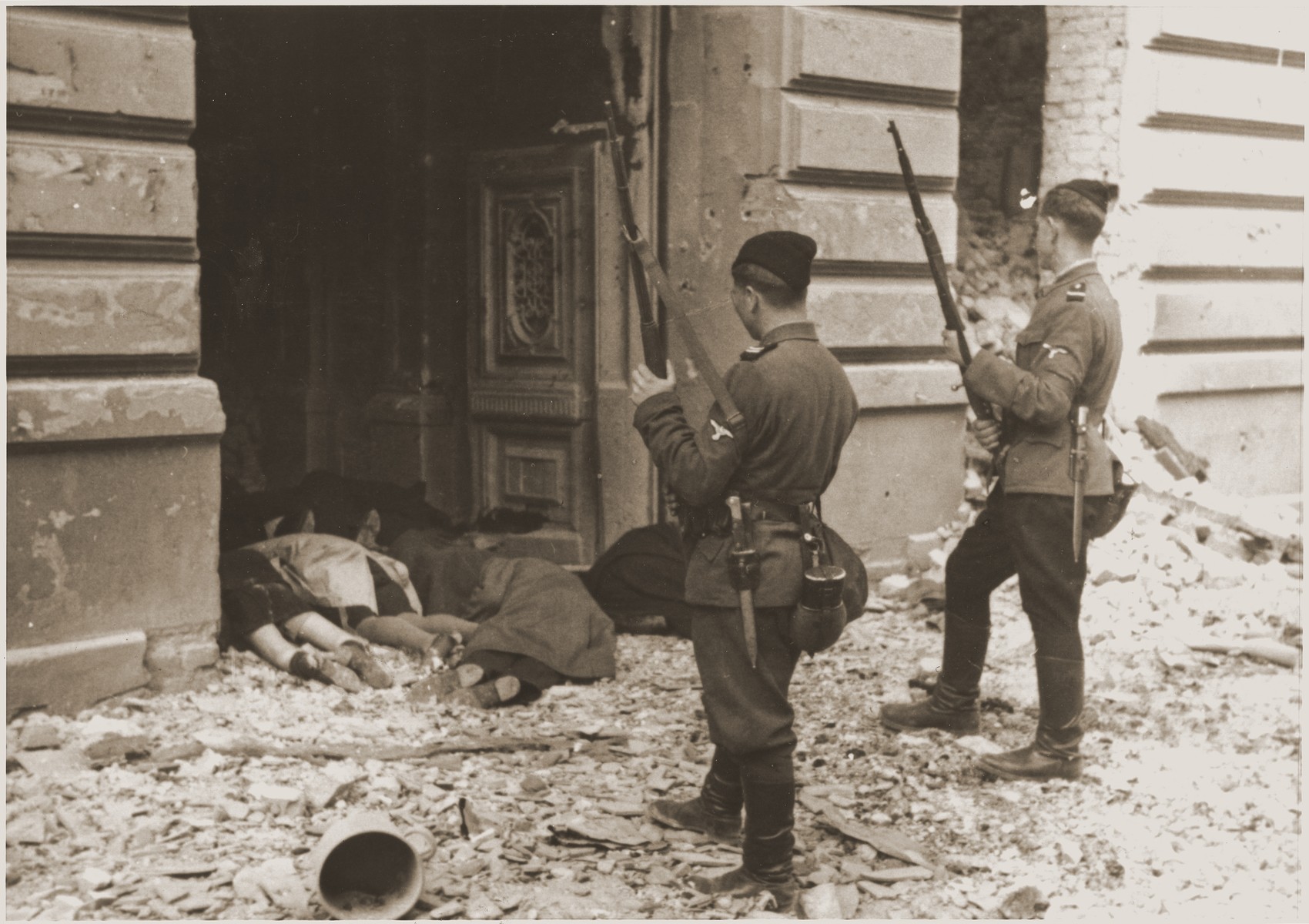 Askari or Trawniki guards peer into a doorway past the bodies of Jews killed during the suppression of the Warsaw ghetto uprising.

The original German caption reads: "Askaris used during the operation."

The Stroop Report was an album prepared by SS Major General Juergen Stroop, commander of the German forces which liquidated the Warsaw ghetto, to document the suppression of the ghetto uprising in the spring of 1943. Commissioned by Friedrich Wilhelm Krueger, Higher SS and Police Leader in Krakow, and bound in leather, the report was intended as a souvenir album for Heinrich Himmler to celebrate the hard won victory, which took twenty days and 1,200 SS, Wehrmacht, and police troops to accomplish. The Stroop Report consists of three parts: an introduction and summary of SS operations, a collection of daily communiques, and a series of approximately 52 photographs. Three albums were prepared for Himmler, Krueger and Stroop, all of which were recovered after the war. One of them was introduced as evidence at the International Military Tribunal in Nuremberg and later published under the title, "The Stroop Report." The albums --which bear slight discrepancies in the number of photos they contain-- are currently located at the National Archives (Washington), the Bundesarchiv (Koblenz), and the Institute of National Remembrance (Warsaw).