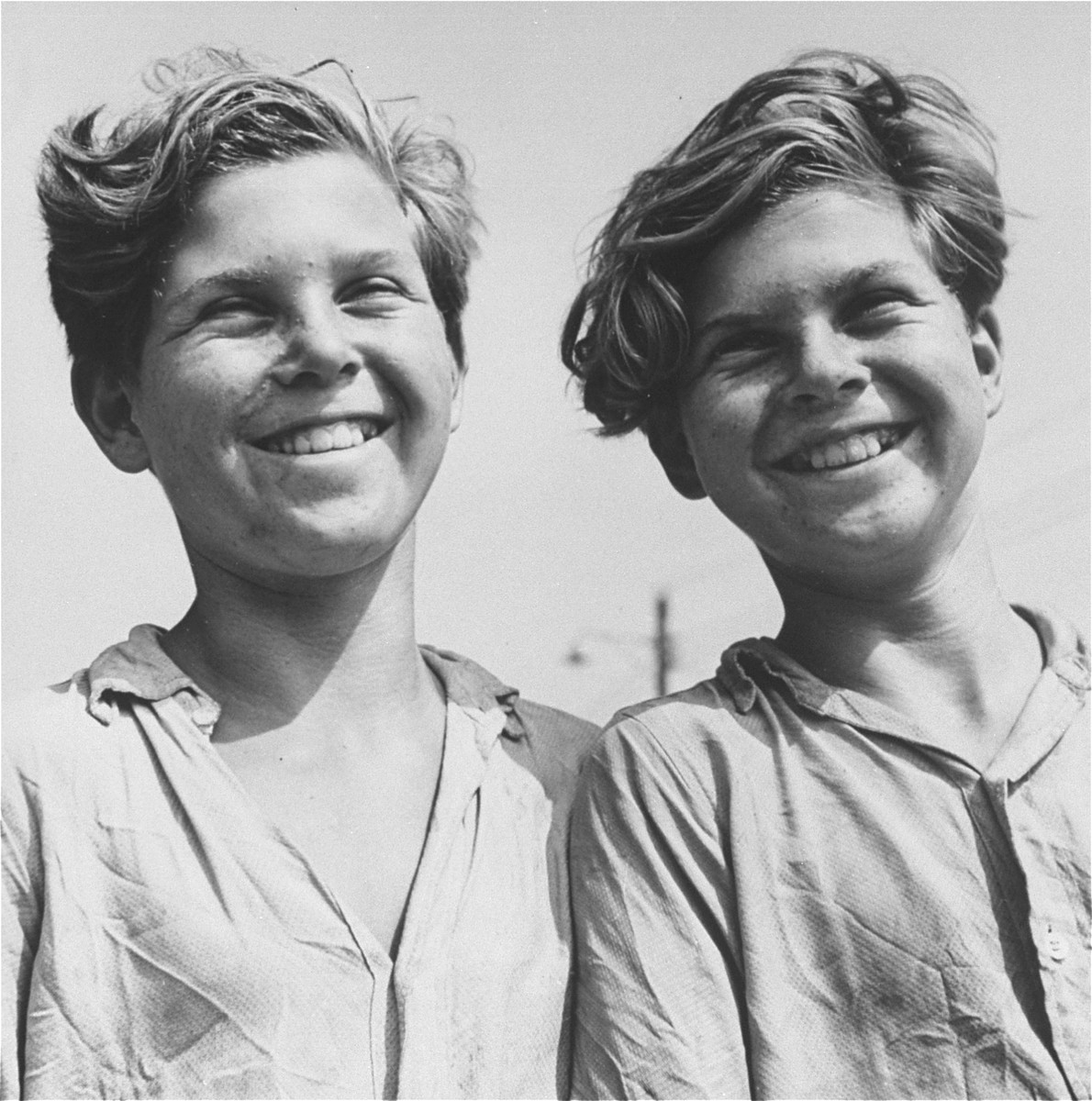 Pictured are Fred and Rolf Flatau.

https://encyclopedia.ushmm.org/content/en/article/the-war-refugee-board.
Biography
Fred and Rolf Flatau were born on July 26, 1931. The identical twins were the children of Ernest Flatau. From 1936 to 1938, the boys attended the American school in Berlin so that they could learn English in preparation for the family's planned immigration to the United States. In 1939 the family shipped their furniture to America, but they were unable to leave and ended up going to Czechoslovakia instead. From Czechoslovakia they went to Italy and spent the war years there. After the German occupation of Italy in 1943, the family lived under false papers, and Fred attended the Catholic San Leone Magno Fratelli Maristi school. After the United States liberated Rome, the Flatau family joined a transport of 1000 refugees brought to Fort Ontario in Oswego, New York.