The day after their arrival at Fort Ontario Father J.J. Davem pronounces an invocation at a welcome ceremony for the European refugees. 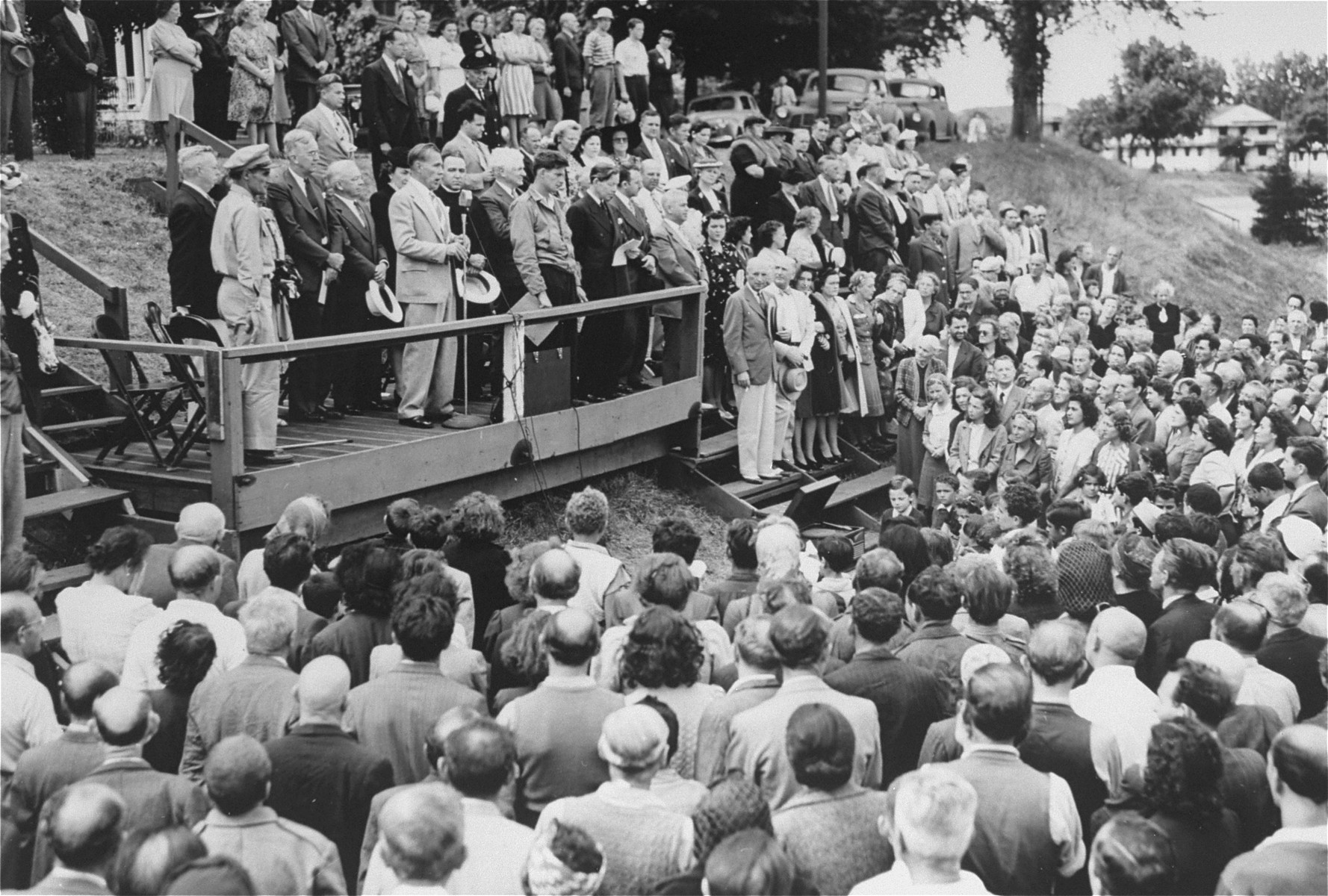 The day after their arrival at Fort Ontario Father J.J. Davem pronounces an invocation at a welcome ceremony for the European refugees.

Among those pictured are Zdenka Levi's brother from Yugoslavia, and Fred Baum, the camp interpreter.