Polish priest Theodore Korcz reads to Lt. Colonel William Denson from a camp medical record presented as evidence at the trial of former camp personnel and prisoners from Dachau. 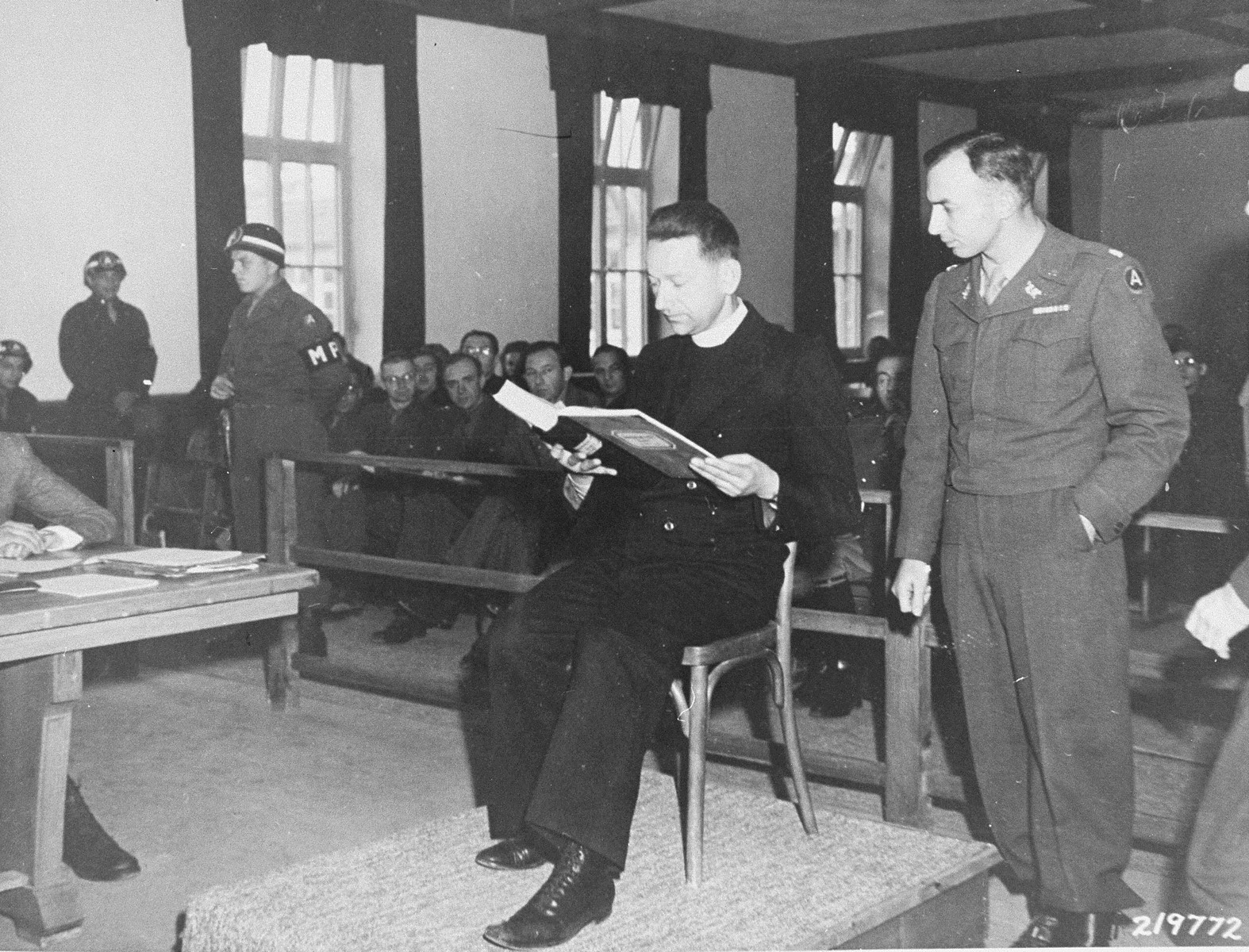 Polish priest Theodore Korcz reads to Lt. Colonel William Denson from a camp medical record presented as evidence at the trial of former camp personnel and prisoners from Dachau.

The log recorded the deaths of several Catholic priests who were used as subjects in malaria experiments.