Hannah Szenes greets her brother Giora on his arrival in Palestine. 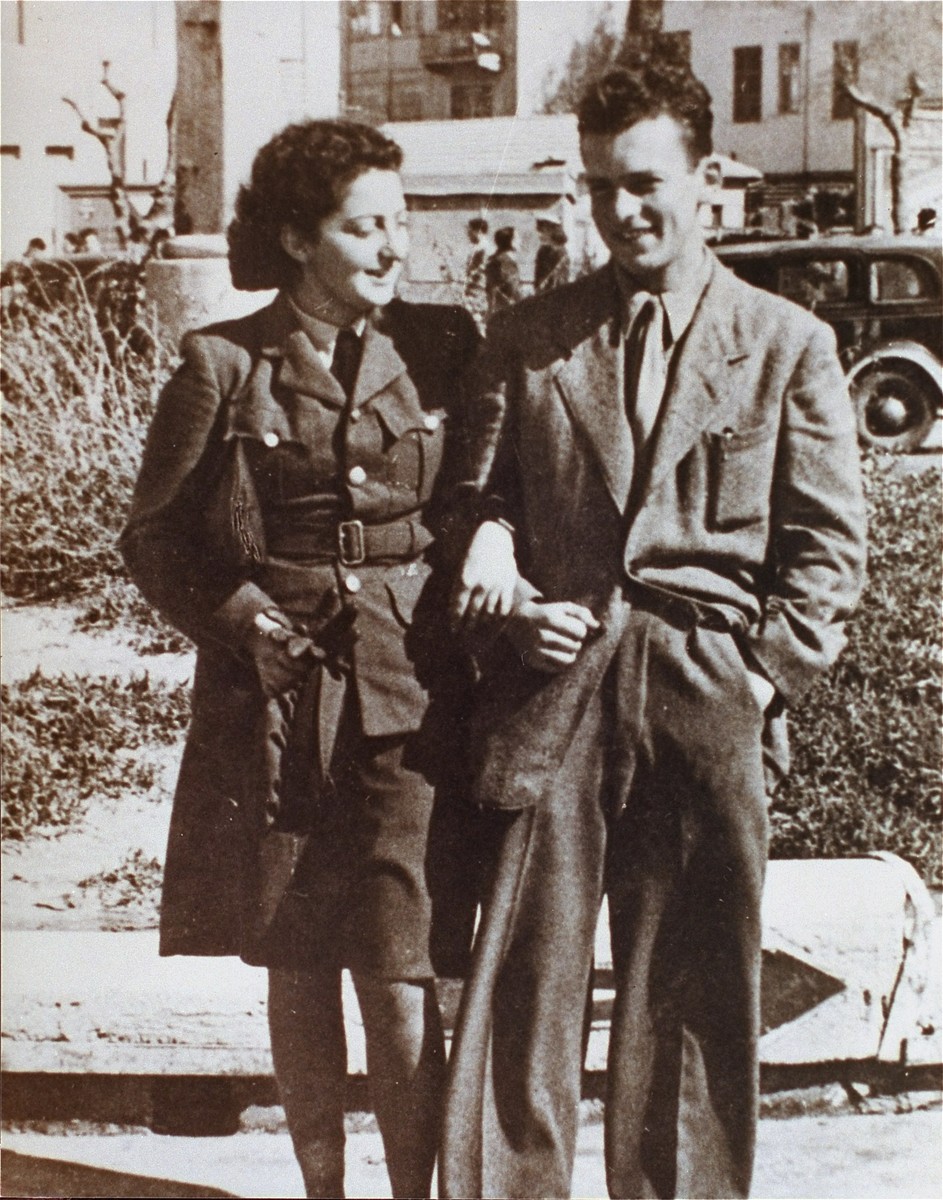 Hannah Szenes greets her brother Giora on his arrival in Palestine.

[Source: Encyclopedia of the Holocaust: 3:1103-4]
https://www.ushmm.org/wlc/en/article.php?ModuleId=10005519.
https://www.ushmm.org/wlc/en/article.php?ModuleId=10005519.
Biography
Hannah Szenes (1921-1944), poet, diarist and Palestinian Jewish parachutist. Hannah was the daughter of Bela and Katrina Szenes. She was born in Budapest, where her father was a noted Hungarian feuilleton writer and playwright. Though she was raised in an assimilated home, Hannah was drawn to Zionism in the late 1930s. Against the wishes of her widowed mother (Bela Szenes died in 1927), she began to study Hebrew and prepare for immigration to Palestine. She arrived in September 1939 and enrolled at the agricultural training school for girls in Nahalal. Hannah began writing poetry at this time. When she completed the agricultural program two years later, Hannah joined Kibbutz Sdot Yam near Caesarea. At the end of 1942, concerned over the fate of her mother in particular, and European Jewry, in general, Hannah enlisted in the British army and joined a group of Palestinian Jewish parachutists who were being trained in Egypt to operate behind enemy lines in Nazi-occupied Europe. After completing her training, Hannah was dropped into Yugoslavia in March 1944 with four male parachutists. Days after their landing they learned that German troops had occupied Hungary. Hannah spent three months with Yugoslavian partisans before undertaking the dangerous trek into Hungary. She finally crossed the border on June 9, but was captured shortly afterwards with a radio transmitter in her possession. Hannah was jailed for a time in Szombathely before being transferred to Budapest. During her five months of imprisonment she was subjected to torture, but did not reveal any important information. In late October after the fascist takeover of Hungary, Hannah was brought to trial before a secret Hungarian court and convicted of treason. She was executed by firing squad in the courtyard of the prison on November 7, 1944. In 1950 her remains were brought to Israel and interred on Mt. Herzl in Jerusalem. As a writer Hannah Szenes is best known for her Hebrew poem "Ashrei Hagafrur" (Blessed is the Match), written in May 1944 after a chance encounter with a Jewish female partisan in Yugoslavia. Hannah gave the poem to her fellow parachutist, Reuven Dafni, shortly before her capture. Hannah was survived by her mother, who settled in Israel after the war.