German civilians are forced to see the bodies of prisoners exhumed from a mass grave near Nammering. 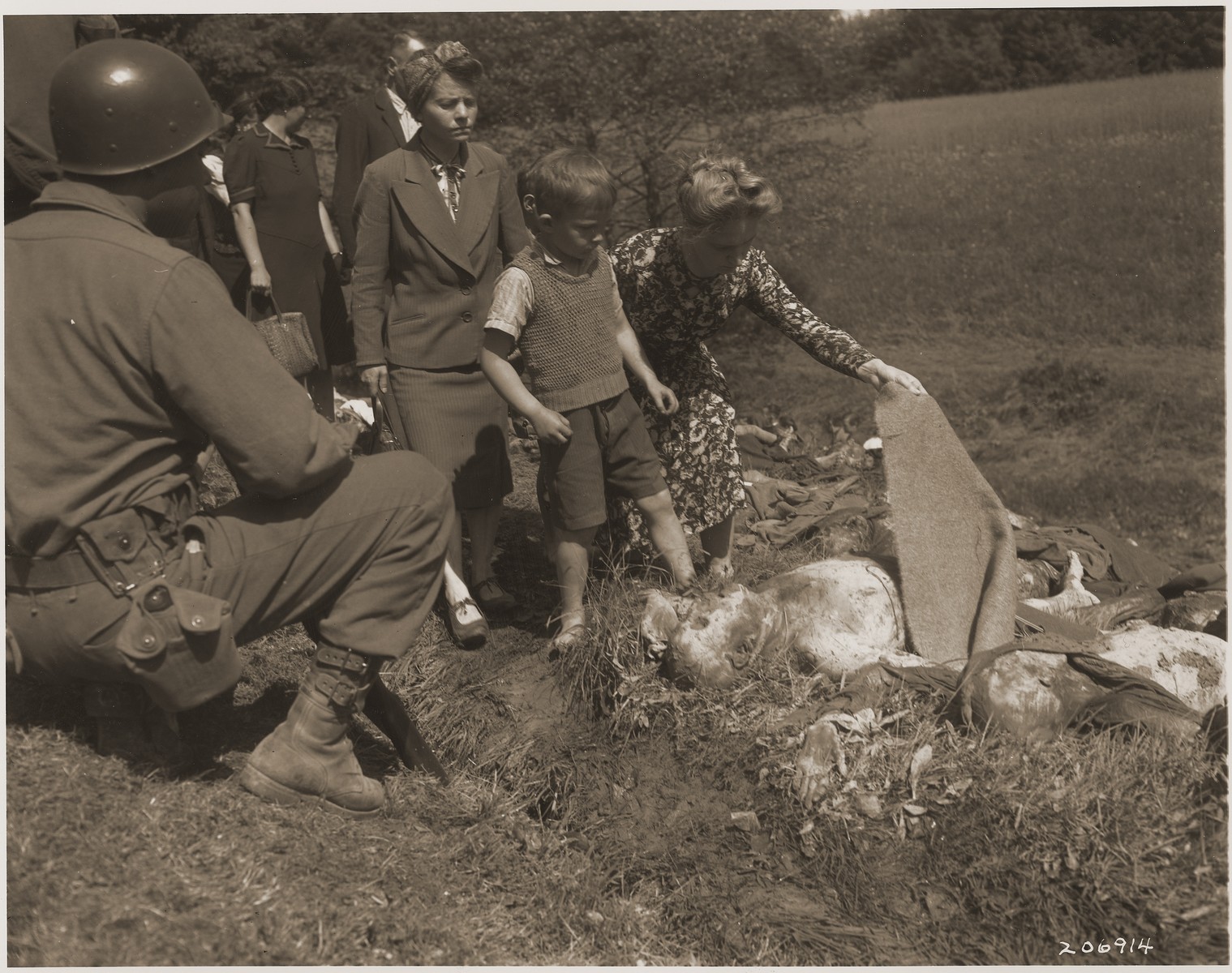 German civilians are forced to see the bodies of prisoners exhumed from a mass grave near Nammering.

An African- American soldier observes the procession of German civilians.