Former prisoners of the "little camp" in Buchenwald stare out from the wooden bunks in which they slept three to a "bed." 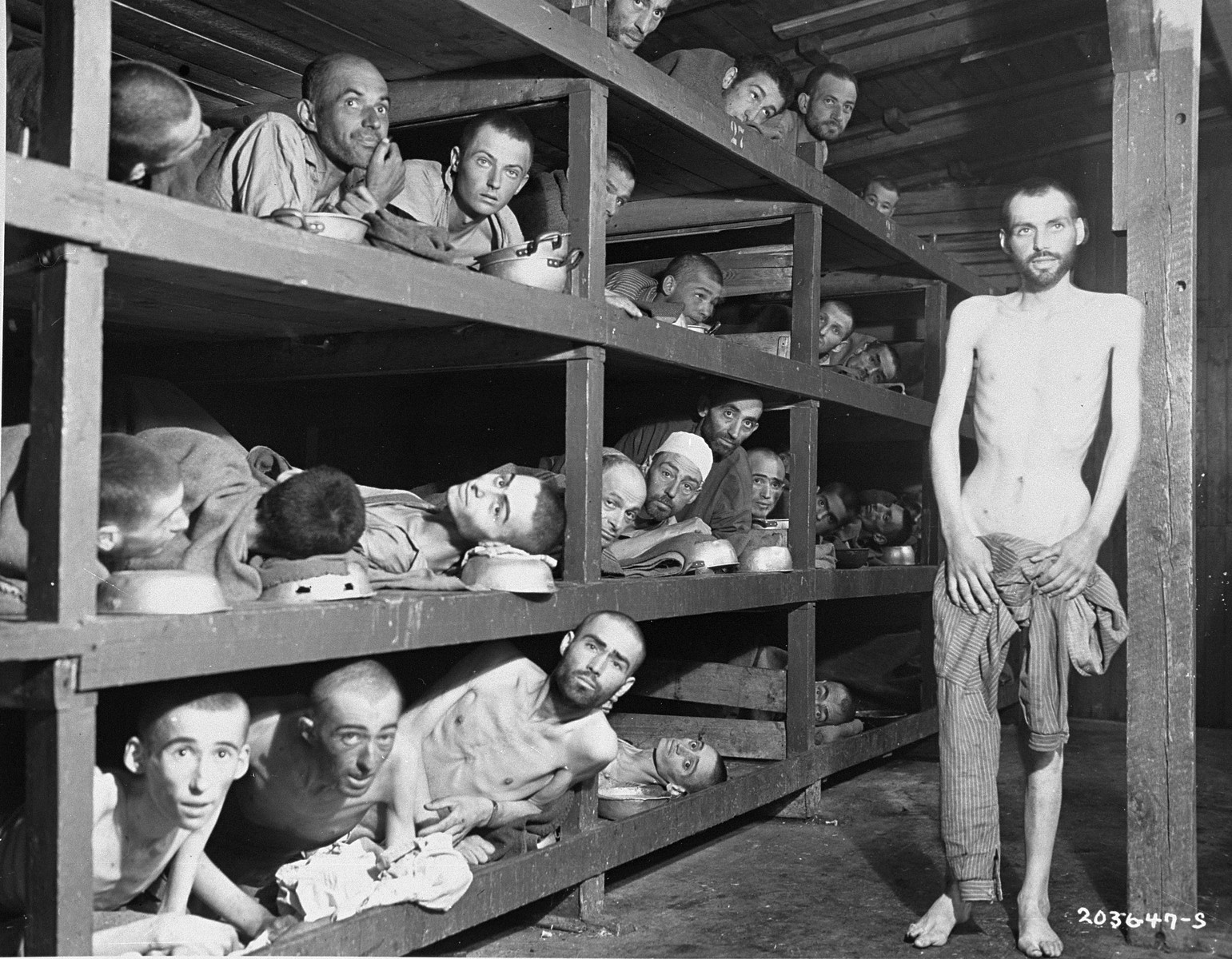 Former prisoners of the "little camp" in Buchenwald stare out from the wooden bunks in which they slept three to a "bed."

Elie Wiesel is pictured in the second row of bunks, seventh from the left, next to the vertical beam.

Original caption reads: "Slave laborers pedred from their tomb-like, wooden bunks at the concentration camp at Buchenwald, near Weimar, Germany, when U.S. troops liberated the area. Approximately 21,000 inmates - Russian, Polish, French, Italian, and Czechoslovakian - were freed. They were described as "the living dead". The camp doctors agreed that a t least 6,000 inmates had died as the result of German brutality during March, 1945. In the Winter of 1939, the prisoners died at the rate of 900 daily. In 10 years, more than 70,000 persons were starved and butchered in this atrocity center."