Twenty concentration camp prisoners, most of them Jewish, hang on gallows in a forest near Buchenwald after the murder of a German policeman. 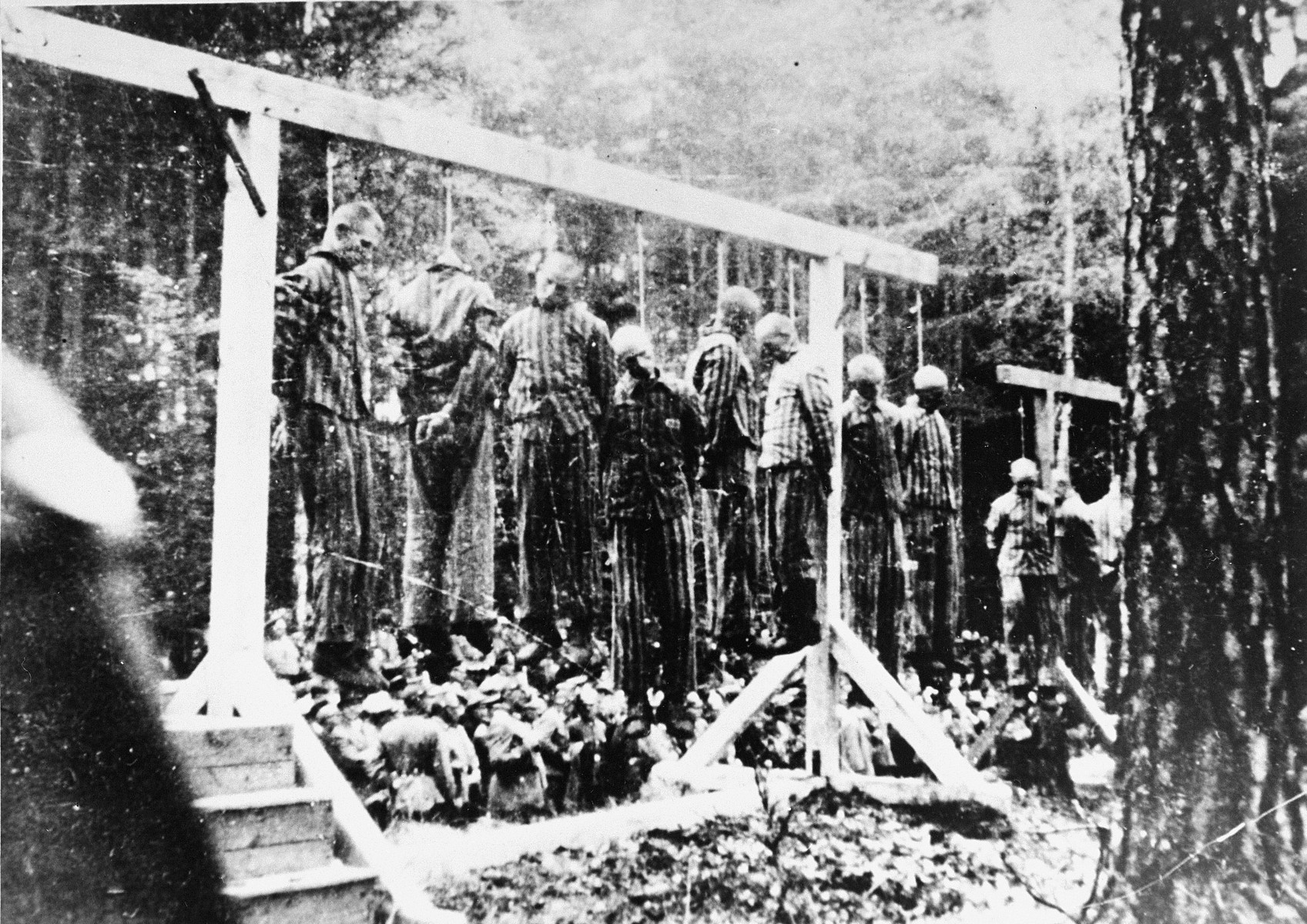 Twenty concentration camp prisoners, most of them Jewish, hang on gallows in a forest near Buchenwald after the murder of a German policeman.

Rules regarding the punishment of prisoners were made theoretically uniform in German concentration camps by Theodor Eicke's "Camp Ordinance" (Lagerordnung). Written during his tenure as the commandant of Dachau in 1933-1934, the "Ordinance" stipulated specific punishments for certain misdeeds within the camp. However, although serious corporal and capital punishments required the permission of the central SS authorities in Berlin, the camp commandant often acted as he pleased. After accusations had been made and judged, "regular punishments", including the withholding of food, hard labor, solitary confinement, beating, and execution, were announced at the daily roll-call (appelle), and carried out immediately. If a prisoner injured the SS in any way, collective punishments were often the result, as in this photo where 20 innocents were hanged in retaliation for the killing of a guard or policeman. The details of the episode behind this picture are not known, but there is another like it:

On 13 May 1938, two Buchenwald prisoners named Bargatzky and Forster made an escape; rumors had it that during their flight they had killed a guard named Kallweit, near the camp sewage plant. The SS responded to the incident by severe collective retaliations, the least of which was a ban on smoking throughout the camp and the withholding of food on Sundays. The SS also executed several members of the work detail to which Bargatzky and Forster had belonged, while 15 other members of the detail received 25 lashes. Several other innocents were beaten to death, including a Communist prisoner from Leipzig named Hoeritzsch. Eventually, Bargatzky and Forster were found and hanged in the Buchenwald Appellplatz in the presence of all the inmates.