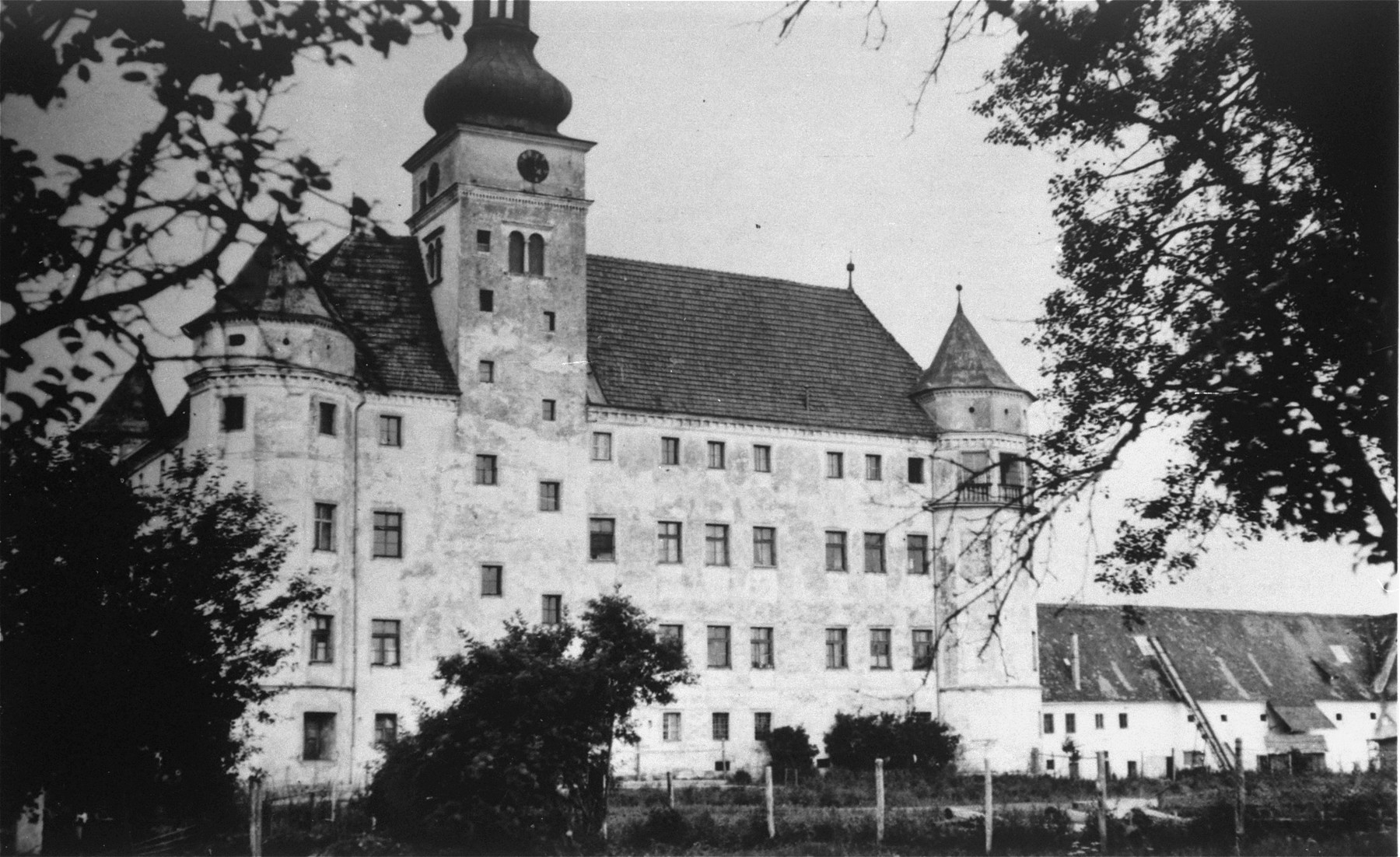 Hartheim castle near Linz was one of six hospitals and sanitoria in Germany and Austria in which the Nazi euthanasia program was carried out. Once the private home of the princes of Starhemberg, the castle was donated to a private charity in 1898 to establish a home for physically and mentally disabled children. In 1939, one year after the Nazi annexation of Austria, the castle was expropriated by the government and remodeled for use as a euthanasia facility. Code-named Anstalt C (Facility C), Hartheim went into operation as a killing center in May 1940 under the direction of Dr. Rudolf Lonauer. For the next 15 months busloads of patients arrived regularly at the facility. The killing installation occupied the ground floor of the castle, which was surrounded by an inner courtyard. It included a series of rooms for receiving, examining, and undressing patients; a gas chamber, which was disguised as a shower room; and at least two crematoria. After the victims were gassed and cremated, their gold teeth were extracted and their bones were pulverized in a bone mill. At least once a week a truck carried the remains to the Danube and Traun Rivers, where it was dumped into the water. Between May 1940 and August 1941 more than 18,000 disabled patients were killed at Hartheim. The gassing of the disabled ceased in August 1941 following an order by Hitler, but this did not mark the end of the killing operation at Hartheim. Already by the spring of 1941 the castle had become a killing center for Operation 14f13, the special action (named for its file number at the Inspectorate of Concentration Camps) to kill selected concentration camp prisoners at euthanasia centers. Operation14f13 gassings continued at Hartheim until the spring of 1943, resulting in the deaths of nearly 12,000 prisoners. In its final phase as a killing center, from 1943 until December 1944, Hartheim served as a gassing facility for the Mauthausen and Gusen concentration camps, where as many as 5,500 prisoners were put to death. In December 1944, sensing that their defeat was near, Nazi officials ordered Mauthausen prisoners to dismantle and remove the gassing installations at Hartheim Castle.