Selection of Jews from Subcarpathian Rus on the ramp at Auschwitz-Birkenau. 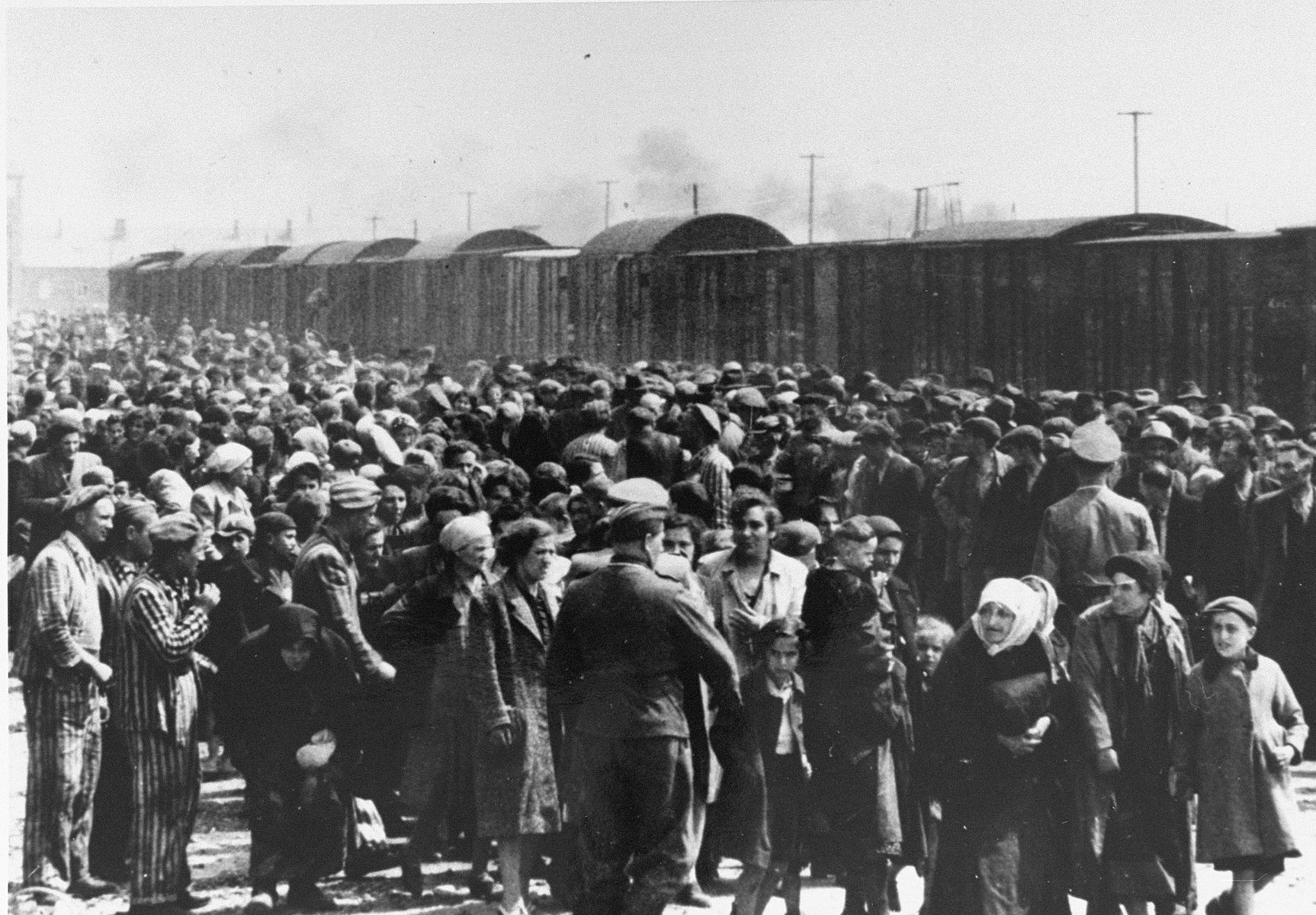 Selection of Jews from Subcarpathian Rus on the ramp at Auschwitz-Birkenau.

Pictured second from the left, in a striped uniform is Eddy Wynschenk.

[Sources: www.yadvashem.org/exhibitions/album_auschwitz (2000); Swiebocka, Teresa, Auschwitz A History in Photographs. The Auschwitz-Birkenau State Museum, 1993]
Biography
Eddy Wynschenk, a Dutch Jew from Amsterdam, arrived in Auschwitz on November 19, 1943 from Westerbork at the age of sixteen. His job was to check the empty wagons for food and valubles left behind by the newly arrived prisoners.