Elderly Jewish men from Subcarpathian Rus sit next to a railcar in Auschwitz-Birkenau prior to being sent to the gas chambers. 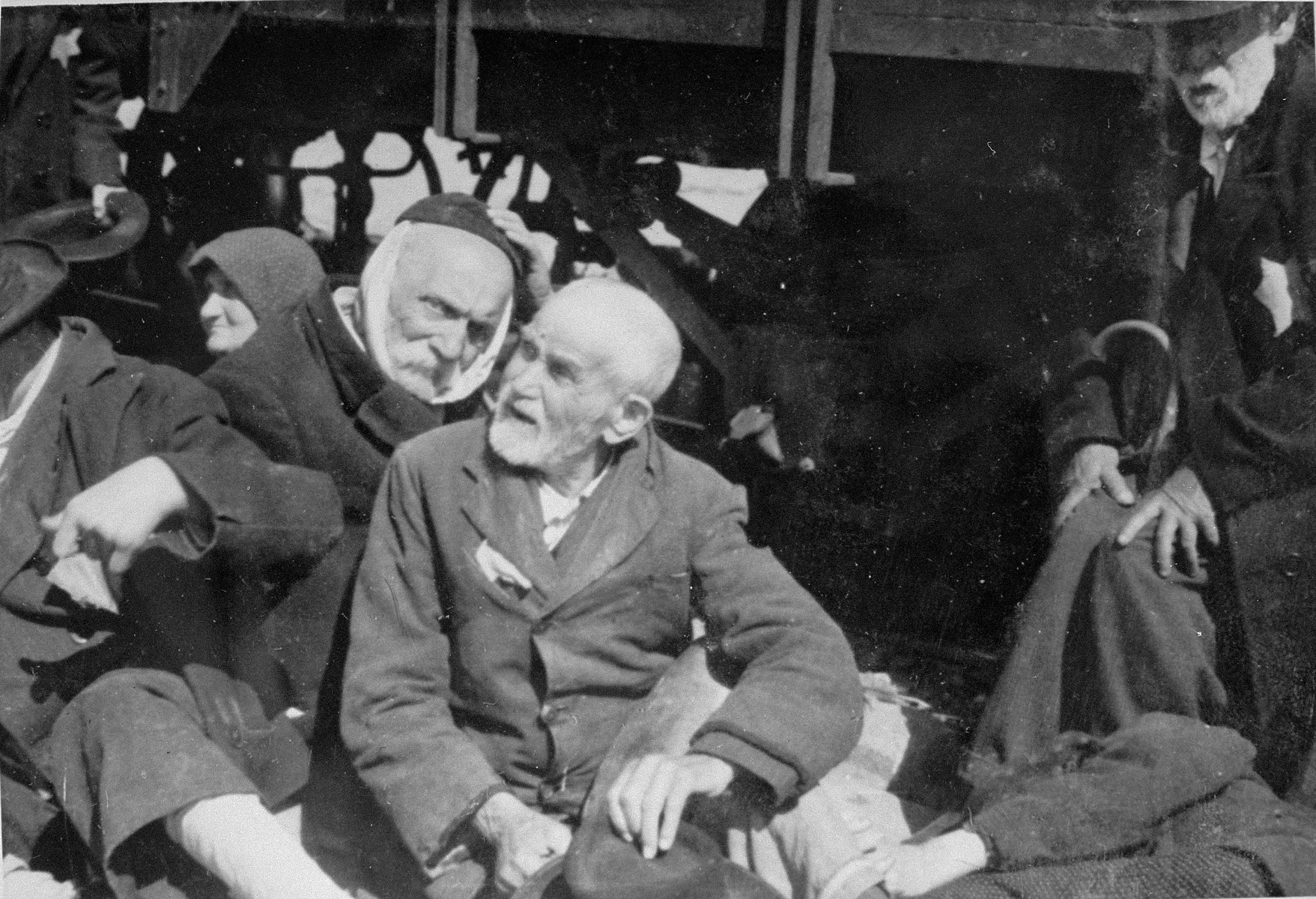 Elderly Jewish men from Subcarpathian Rus sit next to a railcar in Auschwitz-Birkenau prior to being sent to the gas chambers.

Seated on the left is Henryk Naftoli Herz Adler. He is wearing a handkerchief to cover his face because his beard was forcibly cut off. Seated at the right is Samuel (Sandor) Ben Yehuda Kohn. The man on the far right is Lili Jacob's paternal grandfather.

[Sources: www.yadvashem.org/exhibitions/album_auschwitz (2000); Swiebocka, Teresa, Auschwitz A History in Photographs. The Auschwitz-Birkenau State Museum, 1993]
Biography
Henryk Naftoli Herz Adler was born in Bonyhad, Hungary, around 1858. He was married to Zsofi Zelde Adler (b. around 1865 in Apati-Tolna). They lived in Zenta Serbia, and had thirteen children together. He was killed at Auschwitz.

Samuel (Sandor) Ben Yehuda Kohn was born on October 12, 1865 in Kunszentyiklosh, Hungary. He was married to Perla (nee Schwartz) Kohn, and they had fifteen children together. He was killed at Auschwitz.