Two Jewish female friends walk in a park in Bucharest just after the liberation. 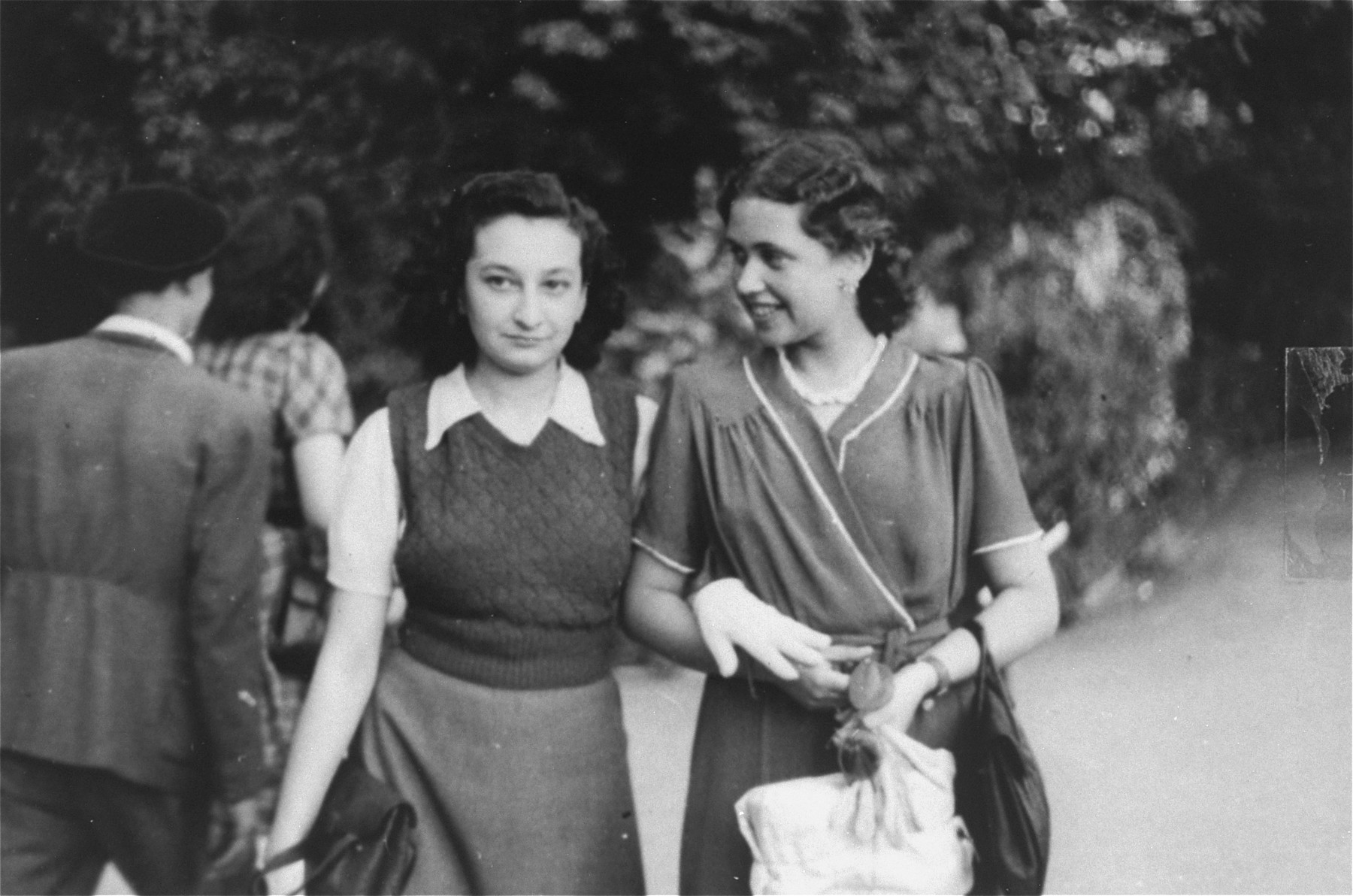 Two Jewish female friends walk in a park in Bucharest just after the liberation.

Pictured are Jeanine Gutman (left) with her friend Valerie Zigmund.

Biography
Jeanine Gutman (later Butnaru) was born June 25, 1925 in Bacau, Romania, where her parents owned a grocery business. Her father was a decorated war veteran of World War I. Jeanine had one sister, who was two years older. In 1938 the Gutmans lost their business after Jeanine's father fell sick for an extended period. The family then relocated to Bucharest. Their move coincided with establishment of the new dictatorial regime instituted by King Carol II in February 1938. Under the new regime, the policy of racial discrimination, especially the exclusion of Jews from political, economic and social life was enacted into law. Soon Jeanine and her sister were forced out of the Romanian school system. An alternative Jewish school system was quickly established that was staffed by Jewish teachers who had also been thrown out of the state educational system. Classes were held in synagogues, older Jewish schools and rented apartments. In addition, vocational training courses and cultural activities were organized. Jeanine continued her high school studies at Jewish schools and attended a bookbinding course. She and her family lived through the Bucharest pogrom that accompanied the Iron Guard rebellion of January 21-23, 1941. She saw the hundreds of bodies collected at the morgue and watched as Legionnaires set fire to countless homes and businesses in the Jewish quarter. Life remained difficult for the Gutmans for the next three years. Because they were shop owners, they were presumed to be wealthy and were thus compelled to turn over to the state much of their property, including clothing, linen and furniture. They often did not have enough to eat and lived in constant fear of arrest. During the war years Jeanine volunteered in the Jewish community, working in the Jewish hospital, at the public kitchen and in the library. In 1944 Jeanine and her family endured the repeated Allied bombardment of Bucharest, which was close to the oil fields of Ploesti. After the liberation Jeanine remained in Bucharest, where she got a job at the Writer's Association. There, she met Ion Butnaru from Husi, and the couple married soon after. The Butnarus immigrated to the U.S. with their daughter Anca in the fall of 1976 after the death of Jeanine's parents.